Exploring the world of Yonder: The Cloud Catcher Chronicles on Nintendo Switch (REVIEW)

Yonder: The Cloud Catcher Chronicles by indie developers Prideful Sloth was originally released for PlayStation 4 and Steam on July 18th of last year. Now, this light-hearted adventure game is ready to invite even more players into its vibrant world when it launches later this week on the Nintendo Switch eShop. 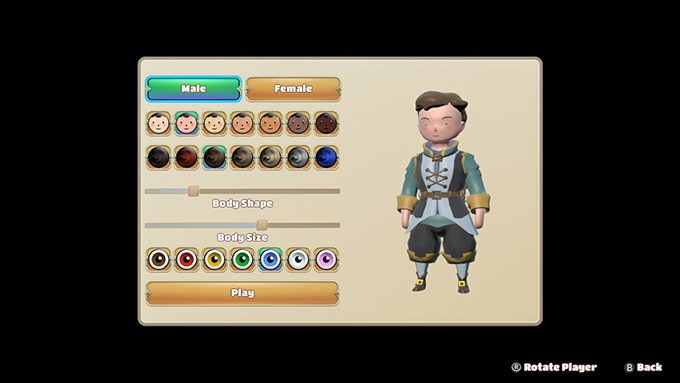 For the unaware, you will assume control of the nameless, customizable main character as they journey about the diverse environments of the continent of Gemea on a quest to purify the land and uncover the secrets of their past. You are a Sprite-Seer, a rare trait that allows you to see and commune with impish magical creatures called Sprites. This ability is integral to your mission to dispel a dark energy that has been swallowing Gemea bit by bit. The Murk, as it is known, can only be eliminated with the combined power of the Sprites hidden around the land. As such, certain areas will be inaccessible to you until you have befriended enough Sprites. Additionally, to purge Gemea of the Murk for good, you will need to locate and repair the Cloud Catcher, an ancient device that keeps this vile aura from manifesting itself in the first place. Alas, your quest will not be an easy one thanks to the ship you chartered to reach this land getting destroyed in a storm along with all of your supplies. 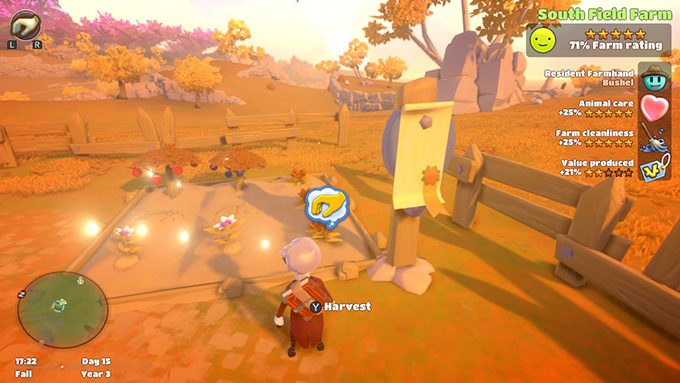 Fortunately, soon after arriving on the island, you will complete a short series of quests that will grant you some much-needed equipment as well as your own farm. Your farm can be outfitted with different tools to allow you to grow and harvest crops, trees and livestock. The items you will cultivate, along with anything you pick up in your travels can be used to trade with Gemea’s inhabitants for other sundries. There is no actual currency in this world, so whatever you can’t find or make yourself will need to be bartered for. Fortunately, you can join different guilds in order to learn how to create food, clothes and tools from the materials you collect. In addition to farming and crafting, you will also be able to go fishing and mining for ore. Thanks to the game’s day/night cycle and its changing seasons, you will soon find that certain areas, animals and materials can only be obtained at certain times of the day or year. On the plus side, time passes pretty quickly, so you are rarely waiting long for an essential item or event to appear.

Have you seen this:
Starlight Alliance Developer: Origamihero Games (Interview) 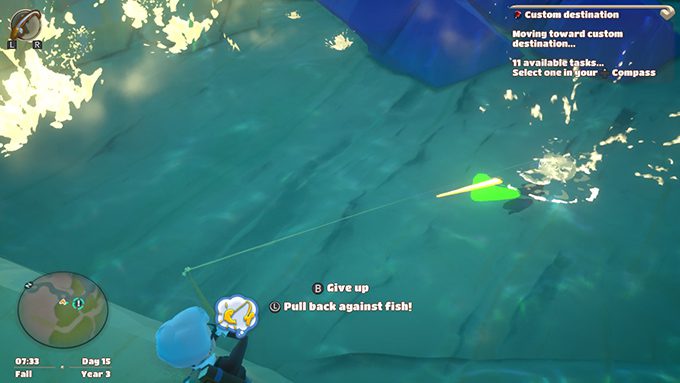 While the game has a proper story with an associated chain of quests leading to the resolution of your journey, you will have free reign to go anywhere and do anything in whatever order you choose. As such, this game has a very relaxing feel to it. In fact, there aren’t even any monsters or enemies to contend with, so there’s nothing to distract you from catching every type of fish or replanting every dead tree. While I went into this game with the intent to strictly follow the story, the game makes it so easy to get distracted by its many side-quests, collectibles and achievements. This is actually a very good thing because these activities never feel like a real chore and they help to flesh out your overall experience. Sure, you can crush the main story in about eight hours, but there will be so much left undone by the end that you will feel compelled to keep playing even after the credits roll. 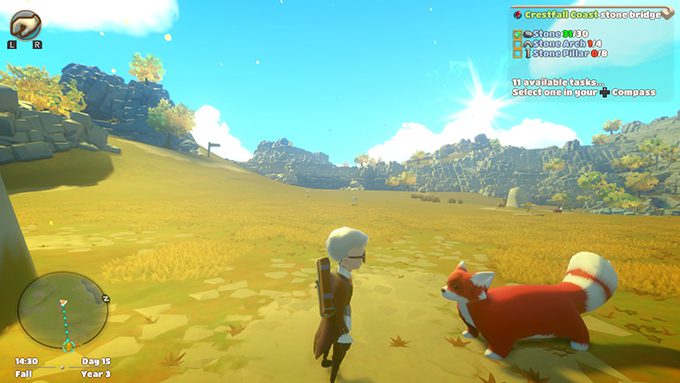 This new port for the Switch looks great in both portable and docked configurations. The on-screen text can seems slightly over-sized when playing on your TV, but this choice is very welcomed in handheld mode. Unfortunately, the game does not utilize any of the Switch’s exclusive features such as the accelerometer, touch screen or HD rumble. There is also no enhancements or extra content to entice previous owners to double-dip beyond the innate portable nature of the console. Regardless, there is a lot to love about this game and newcomers are in for a real treat. Yonder: The Cloud Catcher Chronicles will be available digitally on the Nintendo eShop on May 17th. If you prefer your Switch games in sour-tasting cartridge form, a physical release will be available through all major retailers on June 12th. For more information, be sure to visit the game’s official website. There is even a Wiki to aid all of you completionists out there. Happy gaming!

Summary: A beautiful game that is bursting with charm and chock-full of things to do and places to explore. Accessible for casual players and robust enough for hardcore gamers who love seeing 100% on their save file. It certainly won’t get your heart pumping, but its a great title to wind down with after a stressful day. Whether you enjoy farming and crafting or scouring every inch of the landscape for hidden collectibles, there is something here for you.