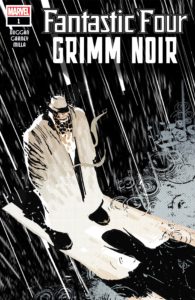 I love the Thing. He’s not just a hunk of humanoid rock. He was once Ben Grimm, a good but brutish guy, and now he has a pretty good life, settling in with the love of his life, Alicia. But now… it seems he has a new power. Reoccurring nightmares, and a strange man haunting them. However, it leads him to saving a missing neighbor and defeating much of his own despair in the process.

I’m a fan of stories that focus on one character. In a group, they often get overshadowed, and the Thing was due his time in the spotlight.

The art style is sketchy, which is pretty cool. I’m 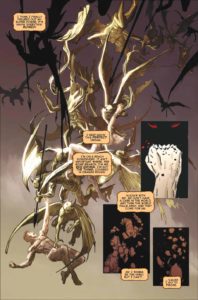 used to clean, straight lines in modern superhero comics, so this was a nice change of pace. The writing is decent. It gets the job done, and introduces us to what happens to Ben when he’s not with the Fantastic Four.

Have you seen this:
Change My Mind #84: Best/Worst Boston Accents in Cinema

Although the bit of rock falling off his body at the end suggests another harrowing adventure for him.