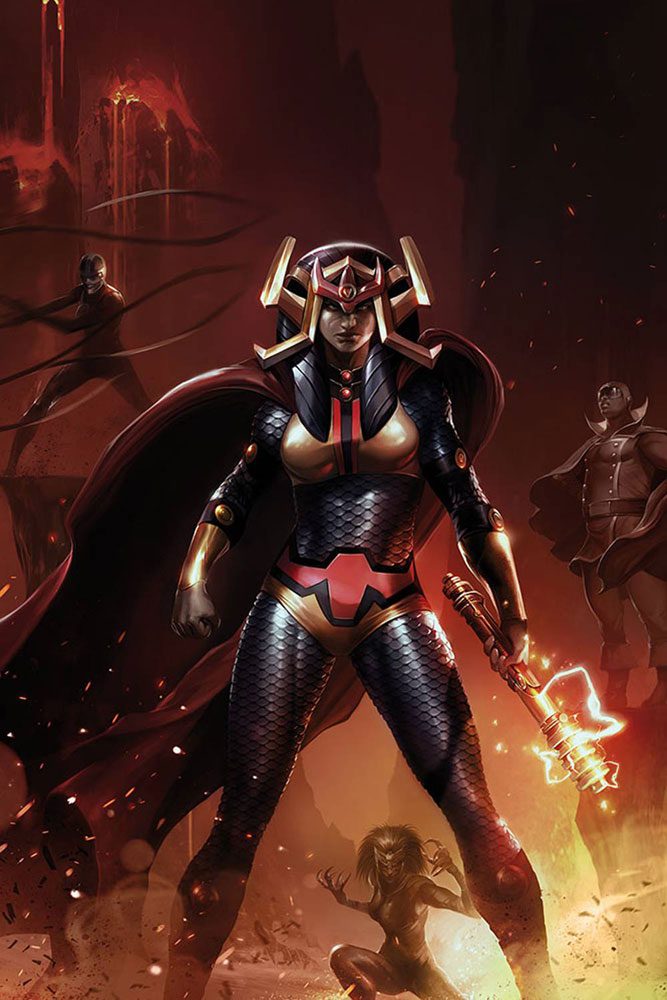 Female Furies #1 follows Granny Goodness, in both the past and the present, as she and her Female Furies deal with the politics, misogyny, and sexism on the planet Apokalips, which is led by the cruel and ruthless Darkseid and his Roundtable of warrior men.

Cecil Castellucci crafted an exciting debut issue for a reinvention of the New Gods. The best way to describe it would be ‘Game of Thrones’ meets feminism, and it works perfectly. The treatment of the Furies and Goodness show exactly just how misogynistic and perverted Darkseid and his followers are. Castellucci handled these issues with grace and articulation and some not-so-subtle social commentary, which made for a perfect blend of aliens and politics. The tension between characters was profound and made for some of the best reading in a long time. There isn’t a better way this book could have been handled.

Have you seen this:
Detective Comics #1030 (Review)

Adriana Melo’s art was vivid and gorgeous, and the flashback parts were very reminiscent of Kirby’s old work. Each character was given their own unique flair and design, which provided a much-needed break from the “same face” art we see a lot of today. Melo’s set design was fantastic, which was a highlight of this issue for me.

Female Furies #1 was a stellar example of how things like the #MeToo movement can be handled in mainstream comic books, with art that brings it to life even more.