Final Fantasy XII – Getting the Respect it Deserves

It shouldn’t come as much of a surprise to those who know me that I’m a huge Final Fantasy fan. A Final Fan-tasy, if you will (and also a fan of horrible puns). I’ve played through every core game (save 11, 13, and 15) at least twice. I’ll play through 11 once I find a copy, and I’ll probably wait for a while before I touch 13 and 15. I’ve only got so much time, and a wife and children tend to want to spend time with. What’s up with that?

In addition to playing through 2 again, which is a unique experience on Android and worthy of an article unto itself, I’ve been replaying my favorite installment in the series: Final Fantasy XII. Specifically, I’ve been playing through Final Fantasy XII International: Zodiac Job System. Long name notwithstanding, this version is by far the superior version and improves on the original in every single way. It fixes many of the frustrating elements of its predecessor. Upset you can’t control guests and/or espers? Fixed. Bored with the homogenized characters that have access to everything by the end of the game? Fixed. Tired of slowly trudging back through the expansive landscapes at the end of the game? Fixed. Name a problem you have with the original, and there’s a good chance that IZJS fixed it. 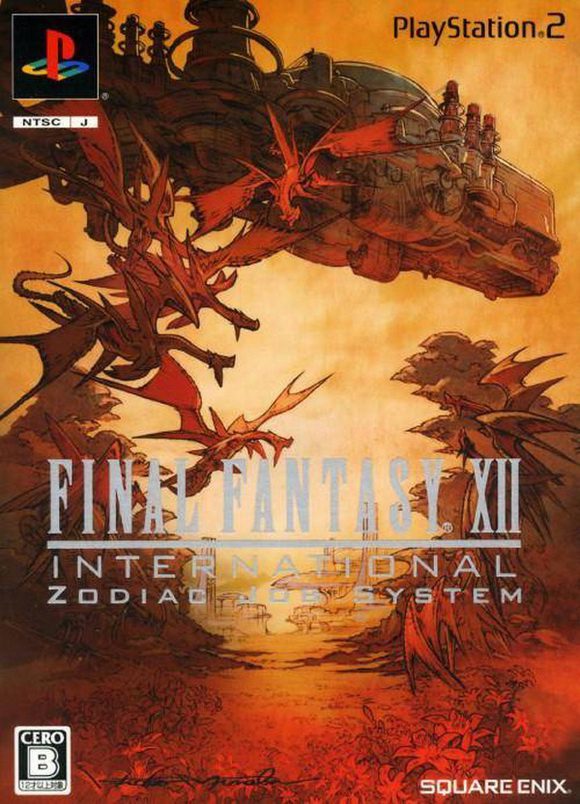 FFXII IZJS fixed a lot of the problems with the original.

Playing through this version reminded me of my first experience with the original game. During the summer of 2008, I was in a small Texas town (which had a population of about 300) working as an intern for the local church. There wasn’t much more to do than play games or kill time at the Walmart in the next town over, about 15 miles away. While shopping for groceries, I decided to check out the electronics section to see if I could pad the rest of my summer with some PS2 games on the cheap. That’s when I saw FF XII on the clearance rack, on sale for $10. My library was pretty thin at the time, and while Guitar Hero was great to gets kids in church on Wednesday nights, it was getting old during my personal play hours. Needless to say, I was in the mood for something different. I had always been a fan of the series, so I bought the game, excited to dive into the next epic adventure.

After I got back home, I decided to read some reviews to get an idea of what I was getting into. After researching for about 15 minutes, I immediately regretted my purchase. Most of the reviews I read online were bashing the game for its different gameplay, lackluster story, and poor pacing. One reviewer called the game one big McGuffin quest, retelling his experience of hunting one ancient artifact after another. Most reviews said the combat was “workable,” “a change of pace,” and, mostly, “different.” At face value, these seemed like positives, but reading between the lines, the reviews I read penalized the game for not playing like a traditional Final Fantasy game. I had finished my second playthrough of Final Fantasy 9 a few months prior and loved it for the classic combat mechanics. From what I read about 12, I was very concerned about the radical change in what I saw as the only proper way to play an RPG. I hadn’t played many western RPGs (such as Fallout or The Elder Scrolls series), so I knew only of turn-based combat. I thought anything else wasn’t worth my time.

Going against my gut, I opened the case (voiding any possible return) and popped the disc in. As soon as the opening choral sweep of the main theme began and the main menu lit up the living room, I was hooked. This game was gorgeous! The music was beautifully orchestrated, and the visuals were beyond anything I had seen (and still rival some PS3 games, IMO). And that combat I was so worried about? Absolutely amazing. It was like a breath of fresh air, and made the tedium of travel and grinding so much smoother and quicker.

That’s not to say the game was perfect. There were definitely some shortcomings. The reviewers nailed it with the slow initial pace. It takes about a good 5-7 hours for things to get going. Also, the game suffers from “protagonist confusion.” You play as a character named Vaan and see the world through his eyes, but he is vastly overshadowed both in importance to the plot and performance by Ashe and Balthier, and between those two, the game is never clear about who’s in the lead. Sometimes, the story seems to be driven by Ashe, while at others, Balthier takes center stage (he even refers to himself as the “leading man”).

However, for every one gripe, there are two things the game did right. I couldn’t understand what all the complaining was about. Yes, this didn’t feel like a classic Final Fantasy game, but that was a good thing in my eyes. The series had steadily grown stale, and Final Fantasy 12 was a breath of clean, revitalizing air. If Final Fantasy was like a month-old sack of whole grain bread, Final Fantasy 12 was a hot loaf of honey wheat straight from the oven. It was new, fresh, and delicious while still maintaining the things that made it bread. There was a new combat system, but there were still epic boss battles on a grand scale. Classic weapons, items, and loot common to the series were still there for the taking. Everything that makes a Final Fantasy game a Final Fantasy game was here, tweaked ever so slightly for a more modern experience.

I played through Final Fantasy 12 twice that summer, completely obsessed with the story and secrets the game held. My second playthrough had about 136 hours on it, owed mostly to the challenging but rewarding side-quests (Clan Hunts, anyone?) and loot farming necessary to obtain the series-staple “uber-weapons.” That’s a lot of time to devote to a game (over 5 ½ days of my life, to be precise) and one of the few things college-me had that family-man-me is slightly envious of.

I recently took a new, more steady job, and because of that, I was able to better schedule my time and pick up regular gaming again. The first game I wanted to play through was Final Fantasy 12. However, with all the reboots and remakes of other Final Fantasy games out there (re: the absolute bananas amount of Final Fantasy 4 remakes), I was surprised that 12 had never gotten that treatment. Digging around, however, I found that I was mistaken. Enter the Zodiac Job System. Released only in the Japan, South Korea and American Samoa (really?), it never made it’s way to the States and had flown under the radar here in the West. I discovered its existence through some YouTubers I regularly watch and decided I would have to play it. A modded PS2 and one import later, I was on my way back to Ivalice.

I won’t go into too much detail on how I got the game setup or the differences and improvements/changes in this version. Those are for another piece. Suffice it to say that it is a marked improvement on an already excellent game, and is in my top 3 Final Fantasy games of all time (sometimes hitting the top spot).

One thing that I’ve recently noticed, through discussion about the games, looking at guides, and reading/watching reviews, is the newfound love for the original US release. The overwhelming majority of retrospectives and reviews I’ve seen on the title are positive, praising the game for its complex plot and deep lore. People are now exalting the graphical and aural beauty of the game while cheering the deep and engaging loot and leveling systems. Best of all, the combat system, once seen as a derisive, maligned, and unnecessary change in a series long known for its set turn-based fights, is now seen as forward thinking, innovative, and ahead of its time.

Do I get to say I told you so now?

That last descriptor is what I would use for the game as a whole: “ahead of its time.” I think the reason for the mixed reviews upon its release were owing mainly to the fact that it was so different than anything around it. Most other JRPGs at the time were sticking to the tried and true turn-based mechanics and set leveling. Most others had stories focused on how a single person could make all the difference in an entire world. Final Fantasy XII dared to step out of that box, bringing with it a modernized combat system, an unconventional leveling system, and a world that operates outside of the main characters (though still heavily influenced by their actions).

The upcoming remake of Final Fantasy XII carries over the changes from the international release while adding a few more.

Like I mentioned, the original release certainly has some problems, but it reinvigorated a staple series of the JRPG market, transitioning an otherwise aging set of games into the next generation with a much-needed update. How Square Enix handled that transition with the next installment is another matter entirely, but Final Fantasy 12 helped pass the reigns to a new development team, a new console generation, and new fans worldwide. I’m glad to see it finally getting the recognition it deserves with its upcoming remake and that more gamers will get to see the masterpiece I experienced that summer in 2008.