We’ve got another problem to add to the long list of DCEU woes: Ben Affleck is planning to leave his role as Batman very soon. The actor said he is looking for a “graceful and cool way to segue out” of the franchise. This news is frustrating and disappointing (albeit not all that surprising) for fans, as a character - especially a major one like Batman - leaving after just two movies ruins the story and puts the future of the entire cinematic universe in jeopardy. To me, it looks like Warner Brothers only has three options on how to proceed. Here they are, ranked from worst to best possible path to take:

Unfortunately, this seems like the most likely route. Cast a new actor as the caped crusader and hope no one cares. The MCU pulled it off with Hulk, but Bruce Wayne is a crucial component of Justice League’s world, unlike Bruce Banner to the Avengers. I can’t see a recast working because the DCEU is already failing. A major misstep like this would just fuel more hate and social media outrage.

Just a quick fix for now - Jake Batman, might add more to it. pic.twitter.com/nXMHVaZvWw

Affleck has pit executives in a tough situation but simply putting a new face under the cowl would be a lame and disappointing way to handle this crisis. On the other hand, we haven’t seen Batfleck a ton, so maybe a recast is possible.

Perhaps the DCEU should just forgo a logical narrative in favor of fun. Take a quick look at their slate of upcoming film and you’ll see why this makes sense: A Joker origin story without Jared Leto, a Shazam movie on a parallel earth, Harley Quinn’s solo adventure, and loads of other projects no one asked for. And the less said about DC’s mess television timelines the better. Add in hordes of fans contrasting the foggy DCEU with the connected and mapped out Marvel Cinematic Universe, and it becomes clear why giving each director free reign might be an idea worth exploring. This can explain why Batman looks different.

Every movie having its own continuity would take some getting used to, but I believe audiences would warm up to the concept. If the Flash movie due out next year follows the ‘Flashpoint’ storyline, it would provide a good launch pad to splinter up DCEU. 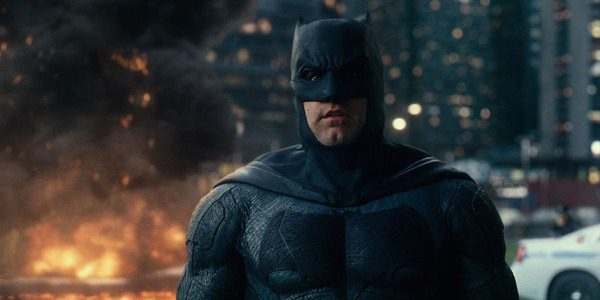 1) Work it into the Story

The final idea requires Affleck to commit to at least a couple of scenes. I think having one of the Robins take over the Batman persona is easy. Batman v Superman already established the existence of Jason Todd, so why not make Dick Grayson or Tim Drake the next Dark Knight? He can call Bruce Wayne for advice and such. If Affleck refuses to appear l, this strategy should not be attempted. You can’t kill Batman off screen! My Twitter feed is filled with people clamoring for WB to adapt the Batman Beyond storyline, but I believe that would be too confusing for casual fans.

Whichever path the DCEU chooses, rest assured the movies will continue to be a blast. Besides, maybe Justice League’s hot opening weekend will convince Ben Affleck to stay. It is a bit selfish of him to pull out so early, so hopefully, he at least sticks around for the Batman solo movie.

Batman Ben Affleck dceu recast
Are you an Insider?News, reviews, & updates are just the beginning.