The Flash 3×21 ‘Cause and Effect’ Review

Season 3 Episode 21 ‘Cause and Effect’

Reeling on the heels of the revelation that Savitar’s identity is none other than a future version of himself, Barry Allen and friends are forced to take desperate measures in an attempt to stop Savitar during this week’s episode. We learn how the version of Barry Allen wearing the Savitar armor came to be. When Team Flash hatches an orthodox plan in the attempt to get a step ahead Savitar resulting in simultaneously one of the most hilarious and heart-wrenching episodes in quite a while. All the while HR is attempting to assist (soon to be) Dr Brand in creating the Speed Force Bazooka (gotta love HR names) to trap Savitar years ahead of the timelines normal schedule, but sparks begin to fly and I’m not talking about the machines. This episode of the Flash shows a bunch of creativity, a ton of humor, and it’s fair share of teary eyes moments, the team on this show has really been killing it this season, they successfully have me on the edge of my feet to see how the season will culminate.

Barry Allen is Savitar, only kind of but not really. As a matter of fact, in the future, Barry Allen creates a series of Time Remnants to battle Savitar, all but one of them are destroyed in the fight, that remaining Remnant is eventually cast aside by the true Barry and the rest of the team because he wasn’t ‘real’, now normally a Remnant would dissipate and dissolve over time, but Barry’s time manipulation creating Flash Point tweaks the physical boundaries of reality allowing that Remnant to become Savitar in the future, then jumping back and forth throughout time eventually becoming Savitar while he fights himself as one of Barry’s Time Remnants at the same time, confused? Join the club, but it’s Flash rules, better to just role with it.

Based on the description Cisco gives the modifications to the time and space reality by Barry and Savitar’s time jumping an eternal loop is crafted essentially turning Savitar and Barry’s Time Remnant into a chicken and the egg scenario. The explanation we receive for Savitar’s identity, while way into left field, is actually very smartly crafted and turned the revelation of Savitar’s identity into a far more enjoyable reveal for me than when they originally showed it at the end of last week’s episode. We also are treated to a neat fight between Barry and his Remnant, where we learn that Savitar controls his suit either remotely or telepathically, not entirely sure, as it assists him in the fight with Barry in an almost sentinel fashion. One of the coolest things in the episode is the shot where Remnant runs and jumps into the opened back of the Savitar armor, giving far more of an Iron  Man 3 vibe than I think the show intended, but still a very cool looking shot. 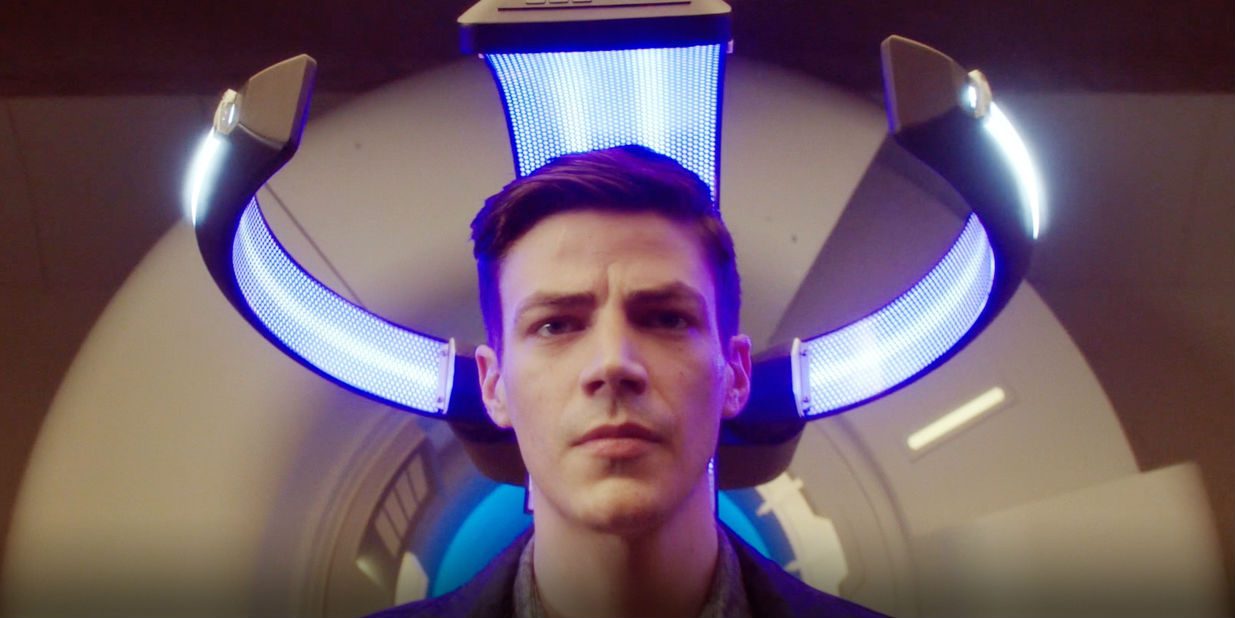 Cisco and Julian come up with a plan that could possibly prevent Savitar from knowing their plans, use a small electrical pulse to stop Barry from retaining short term memories long enough to craft a plan to defeat Savitar that his future self wouldn’t have access to the memories of. Without Caitlin, the resident ‘brain expert’ our team makes one small, but catastrophic miscalculation, without factoring in Barry’s enhanced neurological capacity, the charge he’s given gives him full retrograde amnesia. The episode takes a hilarious turn as Barry now has absolutely no memory, freaked out that he’s in a dentist chair where people get their kidneys stolen and being experimented on he’s then leveled with the gut punch of his name, thinking it’s a horrible name he also decides he’s more of a Bart. We get to see hilarity from Barry Allen, see

We get to see hilarity from Barry Allen, see heartwarming moments with Iris finally seeing Barry without the weight of the world on his shoulders, and also the fear in his team’s faces when his failed attempt to testify allows a villain to go free at trial. Back in the evil villain lair, Killer Frost learns of Team Flash’s antics when Savitar attacks her in a confused outburst, now without any memories. With the recently released Heat Monger on the loose attacking the city, Killer Frost returns to Team Flash to help correct Barry and thus Savitar’s memory loss, an electric charge through his suit combined with Iris providing him a visceral memory from his childhood jumpstarts his mind bringing all of his memories back, allowing Barry and a now repowered Flash to stop the fires, capture Heat Monger, and save the day. 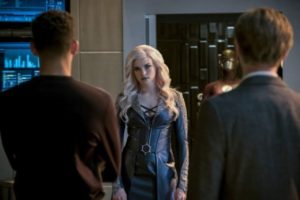 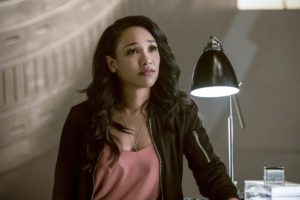 All this time HR is working with Dr. Brand to complete the Speed Force Bazooka. I can’t talk enough about Cavanagh, he’s just brilliant and a scene stealer every time he’s on screen. The two bond over a super caffeinated beverage preference and sparks unquestionably are flying. Brand is able to create the plan for the Bazooka, but the power requirement will require Barry to obtain an incredibly powerful, alien, power source. This jumps into our preview for next week where Barry has to join forces with Snart to steal the power source, which is being guarded by Killer Shark, extremely exciting to see these characters back on screen. 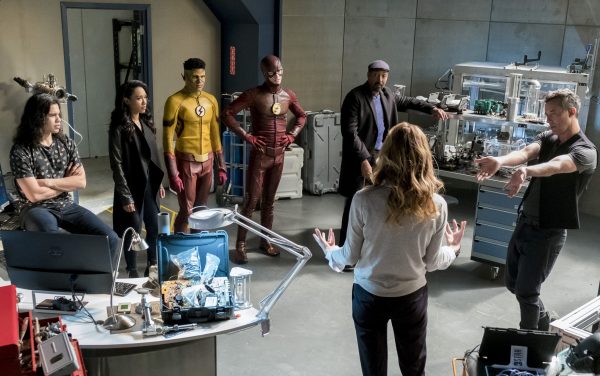 This episode had it all, smartly executed plot, humor, emotion, revelation, it really fired on all cylinders. I loved the bonding scenes between Iris and Barry, especially the high school nostalgia, the look on Iris’ face when Barry finds a, less than flattering, picture of him from high school and declares that Iris did not care about him because she allowed him to dress like that was positively hilarious. The banter and bonding between Cisco, Julian, and the returned Killer Frost made for a great scene, especially the flash of Caitlin’s eye color after leaving the team and the expressions on her face when she was away from or had her back turned to Barry, Julian, or especially Cisco showed that Caitlin is still very much inside Killer Frost.

My pet peeve with the episode was how corny the parallel dialogue Savitar had when he both lost and regained his memories, the delivery combined with the digitalized voice just was corny, minor issue but did very little to detract from the overall episode. This episode of the Flash was great all around, leaving me very excited to see what the last two episodes of the season have in store for us, tune in next time to see how Snart and Allen work together to steal from King Shark, until the #keepitnerdy .