For the Love of Nintendo

On January 13th, live from Tokyo, Japan, Nintendo revealed the price, release date and launch titles for their newest console: the Nintendo Switch. And it was childish. Before you haters celebrate my post, read this: I didn’t like it, but I understand it. Nintendo is one of the world’s most innovative companies, but they don’t present themselves in a Steve Jobs-like manner. As a 33 year old gamer that grew up on Nintendo (and PC gaming), I love the way I feel when I think about Nintendo. The Nintendo Switch just might be the ultimate Nintendo console - we need to give them a chance to prove it in 2017. 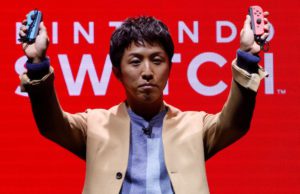 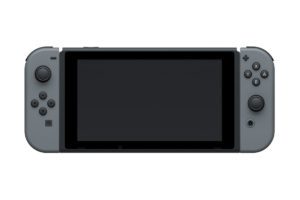 Since the reveal event, I’ve had dozens of conversations with friends and colleagues about Nintendo, and the state of video games. In my opinion, The PlayStation 4 is the best home console ever made. Ingeniously, Sony simply iterated upon the decades-long innovations by themselves and their competitors - including Nintendo. They produced a solid gaming platform with traditional controls, that crippled Microsoft’s XBOX market and drew many people to PlayStation, from XBOX. But they did not address the millions of potential gamers that find traditional controls, a home-TV requirement, and a $400 price tag to be insurmountable. The roots of the PS4 go back to the Nintendo Entertainment System (NES) that was released in the United States in 1983. It revolutionized home console gaming and put gaming on the map as a mainstream and acceptable hobby. And they did it in an unconventional way with how they managed licensing and the production of cartridges. If you want to know the history of the home console battles that occurred before the launch of the PS2 and Xbox, read Console Wars. Since that time, Nintendo has been synonymous with video games. They went on to create the Game Boy in 1989, where they revolutionized portable gaming and have dominated that market ever since. They were the first with a dual-screen portable console and subsequently the first with a 3D portable console. On the hardware front, they’ve been historically dominant and recently challenged. The Wii (2006) was a runaway hit that burned many “hardcore” gamers who prefer an experience where they don’t have to waggle. Waggle is a marketable gimmick that nobody else had done. It put Nintendo back into the daily conversations and expanded the games market by making games more accessible and fun to people that would otherwise not play home console games. Without 3rd party publisher support and poor messaging, the Wii U (2012) was doomed. Nintendo’s first-party titles were mostly fantastic, but that’s not going to encourage different and exciting games like Gone Home, Limbo or Severed. Particularly not when there are more prolific consoles and platforms (Steam) available for people to self-publish their titles. In 2017, Nintendo is encouraged by vocal fans and detractors to be more like Sony and less like the company that brought us the Super NES and 3DS.

Let’s play the tape forward. If Nintendo’s next console were just like the PS4, why would we want it? Ah, yes, for those wonderful Nintendo-developed series such as Zelda, Mario and Kirby. Those series were fantastic before the launch of the Wii, Nintendo’s first nontraditional console. However, some of the best titles in those series appear on nontraditional consoles: 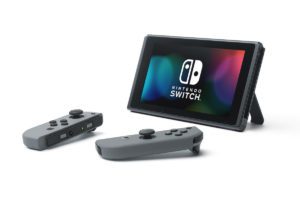 Some titles in the Zelda series, such as Majora’s Mask, Ocarina of Time, Twilight Princess and Wind Waker all debuted on traditional consoles (Nintendo 64, GameCube) but have been remastered and are to many people considered to have their best versions on non-traditional consoles (3Ds, Wii U). Those non-traditional functions like 3D and a touchscreen companion tablet have enhanced the experience of already fantastic games. While all of this has been happening, Sony and Microsoft have been pushing their home console design to be more and more like PCs. Microsoft recently announced a new program where all of their first-party XBOX titles will be available on PC. If there was a world where Nintendo went back to traditional console design, the only differentiating factor would be their first-party titles. That’s not a world that benefits anybody. Who would rock the boat? Probably Apple…. Nintendo has pushed the way games can be played and designed what I think is their most innovative console yet.

Have you seen this:
The Biggest Streamers on Twitch

Nintendo have made products and supported services that were not successful: the Virtual Boy, the Virtual Console, the Wii U. But these were necessary for Nintendo to eventually hit a home run. I’m not saying the Switch will be a home run, but it deserves a chance. That doesn’t mean we should all buy one without a compelling reason. But it does mean we should not judge the console, at this time, based on a one-hour press conference. Frankly, I’m tickled by the child-like enthusiasm that comes out of me and some of my friends when we talk about the Switch. While most of us didn’t enjoy the January 13th presentation, they were….well, I think my podcast co-host Kenney said it best: very Nintendo.

The Nintendo Switch, in my opinion, has both a marketable gimmick with the Joy-Cons, and a portable/home console hybrid approach baked into it’s DNA. We’re finally starting to see Nintendo’s Virtual Console platform come together well with solid titles and ubiquity across the Wii U, 3Ds and Switch. There are many concerning attributes of the Switch that were announced on the 13th that make me nervous: battery life, that social app, and accessory pricing. But nowhere else on the planet will we be able to play the newest Zelda or Mario games. If Nintendo announces a new Metroid Prime game in 2018 and delivers it in 2019, along with all of their usual first-party hits, they’ll likely sell over 30M Switch consoles which will draw the attention of publishers everywhere. By 2020, we may hear of a Switch 2 with better battery life, backwards compatibility, and perhaps a larger screen. This can be the beginning of something great. I ask you friends, for the love of Nintendo, and every good and bad thing they’ve done, let’s give them all of 2017 to show us they’re ready to hit that next home run.