From the creators of Jotun, comes Sundered (Preview)

Thunder Lotus is back with new game, set to release this summer, called Sundered. Thunder Lotus previously brought us one of the best indie games of 2015, Jotun, which is a hand-drawn action-exploration game set in Norse mythology. Now the dev team is back and continues the trend with another beautifully designed hand-drawn game. Thunder Lotus recently began an Kickstarter to fund-raise their project and in a matter of hours had reached well over its initial goal of CA$25,000.

“The backstory tells the tale of how this strange power attracted the Valkyries, an armed group of scientific revolutionaries, and the Eschaton, mad cultists following the teachings of an obscure god, to this place,” the Kickstarter page says. “As she picks up the pieces, the player uncovers the conflict that sundered the world.” 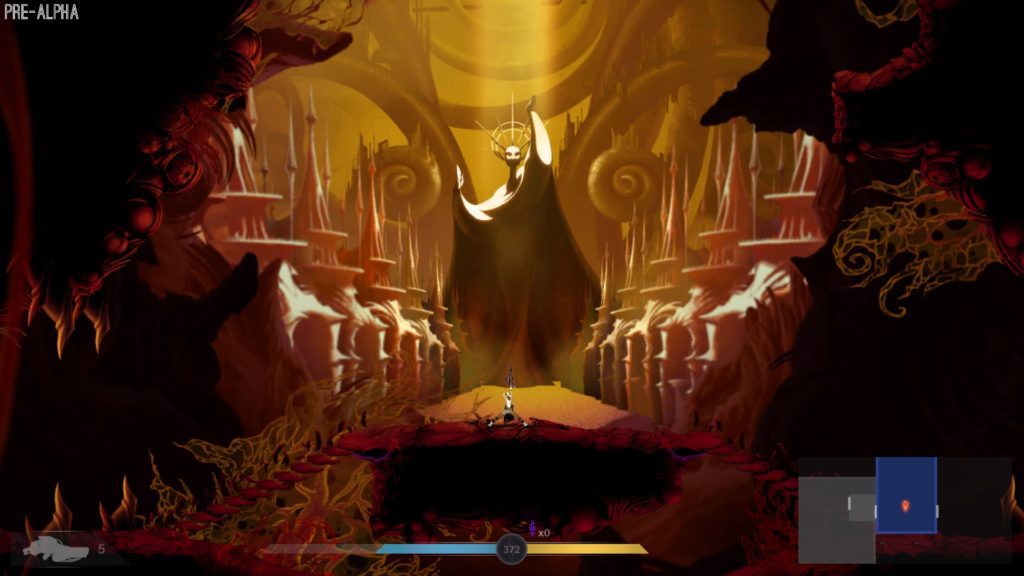 Your character’s name is Esh, who is a wandered in a ruined and desolate cave where every crevice and turn lurks danger and tentacles. One of the unique features of the game is the hand-drawn dark art style which really provides a true Lovecraft feel. You maneuver throughout a procedural dungeon fighting off hoards of creatures. There are multiple abilities you can unlock and master as you progress throughout the game. It fact every time you die, you are spawn in a central location where you can spend shards, which fall from fallen enemies, to level up specific skills. Don’t expect the baddies in the series to wait til you cross a certain point in a frame, all of the villains spawn at random, even at waves at a time, charging at the hero.

The soundtrack is beautifully creepy, adding an elevated level of anxiety as you enter reach room. Each turn awaits another challenge. The fighting style is pretty straight forward, aside from learn-able moves, you start off with a fast-slashing sword and a large canon that would make Rocket Raccoon proud. The game itself feels rather promising and with Jotun on their resume, I have no doubt Thunder Lotus has another winner on their hands.

Sundered is set to hit Windows, Mac, Linux and PS4 in July 2017. Stay tuned for our full review at the games release.
If you are interested in supporting the devs, the kickstarter will continue to run until February 16th.
Kickstarter: https://www.kickstarter.com/projects/thunderlotus/sundered-a-horrifying-fight-for-survival-and-sanit

Check out Sundered on Steam.