Well, the weather’s warmer and not below zero. 50 degrees F is pretty nice. Missing that nice weather right about now…

Before delving into the DLC, I wanted to immerse myself in the actual game, which was previously reviewed here on the Geeks World Wide before - but not by me, so I had to learn about this game. It’s depressing… and extremely addicting. It’s as if the Zoo Tycoon I grew-up with added the option for all the animals and customers to die, and if the Earth began to freeze over.

The DLC, The Last Autumn is a prequel of sorts to the main story line where we govern over another squad of people, except we are building the generators to sustain life later on when the Earth has gone to pits. The controls are the same, and the concept is the same with just some slight tweaks here and there. You still have to gather supplies and keep people both happy and healthy. The difference is the Earth still has a 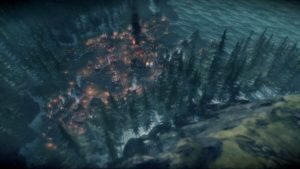 lot of people in it, and it’s still a liveable temperature.

The only issue I encountered was how the game ran. Now the main game ran well on my laptop and I didn’t have much difficulty with anything loading. However, with the DLC, the game lagged behind. Actions I would perform would take moments to catch up. Frustration certainly ran high within me, but I went along with it, giving it the benefit of the doubt that the DLC just came out, and there were sure to be some bugs in it. With that said, I tried it again the day after, and the lag was slightly better, and I was able to progress.

Overall, the game is great! I wish the music wasn’t still as depressing. With a name like FrostPunk, I expected less… depressing… music. So depressing! It’s nice to see and be involved with the actions that lead to the original main story. Just start on Easy mode… as it took me four days to learn how to do so. Everyone kept dying (in the main game). Work your way up!

Have you seen this:
Is Google Stadia Ready? A Conversation with Kenney Newville.

Autumn is my favorite time of the year. The Last Autumn DLC is good, but I hope the bugs get fixed soon.