After last week’s explosive start to an exposition filled episode, ‘Stormborn’ marks the return to the norm for Game of Thrones with plenty of sex, violence, plotting and a surprise battle at sea in the shows closing moments. Oh and possibly the grossest cut scene involving grayscale and a pie…

The episode kicks off in Stormborn with Daenerys and her small council plotting the tactical campaign to overthrow Cersei from the Iron Throne. Tyrion advises going for the more strategic attack while Olenna Tyrell and Ellaria Sand, hell bent on revenge, favor sending in the dragons to decimate Kings Landing. It seems that Daenerys’ main priority though is going toe to toe with Varys in an overly long interrogation in which the Dragon Queen threatens to burn the Lord alive if he betrays her. Ring any bells? 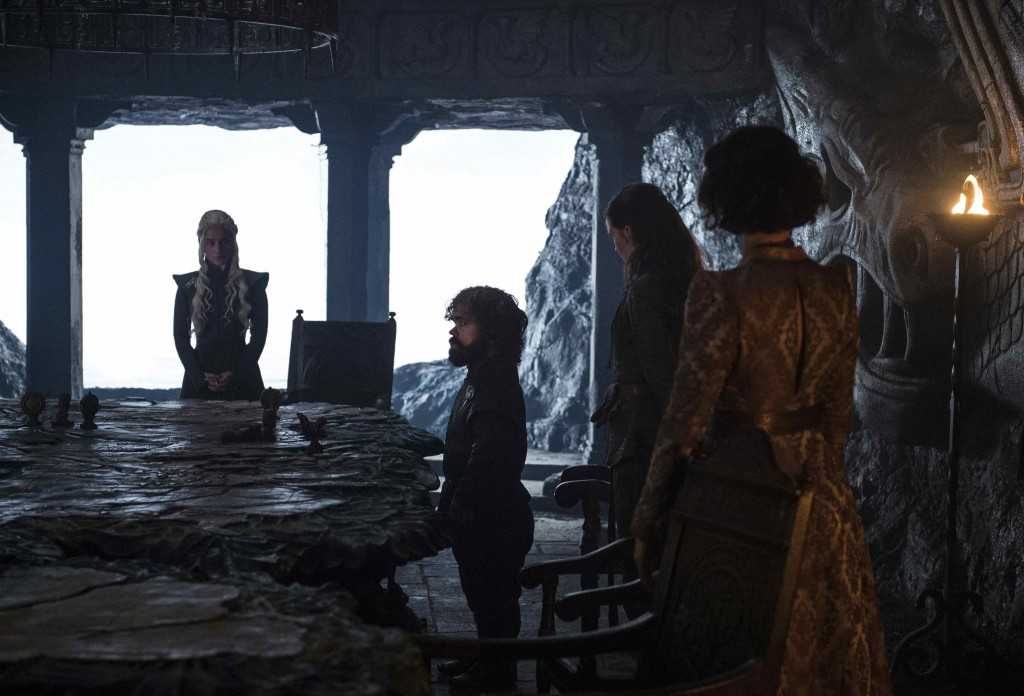 In an interesting yet convenient revelation, Melisandre rolls up at Dany’s door and pitches her the ‘prince that was promised’ prophecy. Missandei interjects with “Your grace, forgive me, but your translation is not quite accurate. That noun has no gender in High Valyrian, so the proper translation for that prophecy would be ‘The prince or princess who was promised will bring the dawn.” Melisandre sure does go through her saviors! Dany, however, likes the ring of this title and sets up a meeting with the other possible prince in the prophecy, Jon Snow, but he must bend the knee first…

Back in Winterfell Jon finally receives word of Sam’s vital Dragonglass findings as well as Danny’s demands for him to bend the knee. Jon knows he must treaty with her in order to obtain the Dragonglass in his fight against the white walkers, but the Lords and Ladies of Winterfell simply do not trust the Dragon Queen. You can hardly blame them though, the Mad King did burn Lord Rickard Stark (Ned’s father) alive whilst also murdering his son Brandon Stark. Once again Sansa publicly undermines Jon in front of the council yet looks so smug when he leaves Winterfell to her in his absence – just what is her agenda? But before Jon leaves for Dragonstone he potentially makes a dangerous enemy in Littlefinger; what would you do if that creep tells you he wants your sister though?! 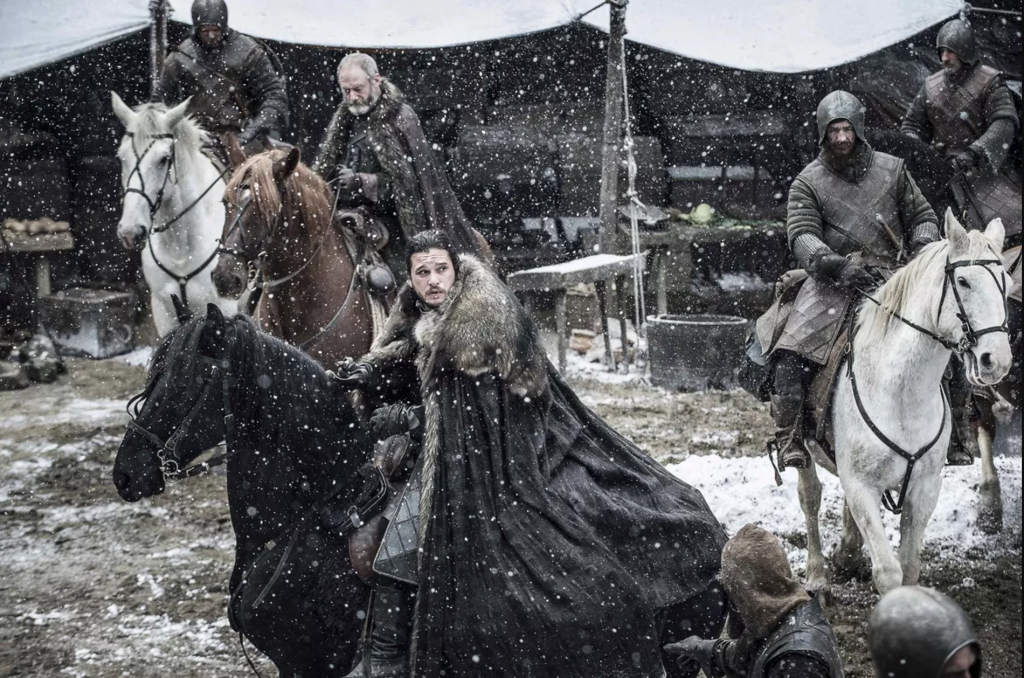 Cut to Kings Landing and Cersei is as predictable as Tyrion said, twisting the remaining Tarly and Tyrell bannermen to unite against Daenerys with xenophobic scaremongering, how apt! Jamie tries to recruit Lord Tarly and his army by promising him the title of Warden of the South, but his loyalties to the Tyrells may play a vital part later in the series. Qyburn also unveils his master plan to level the playing field with a sinister looking giant mechanical crossbow with an enormous spear that pierces dragon skulls. Good luck trying to hit a moving dragon though…

Back to the Citadel and Sam attempts to cure doomed Ser Jorah’s greyscale in a completely gross out and pus filled scene. Following a truly disgusting cut scene to an oozing pie, Hot Pie makes his return and gets Arya up to speed on the current political situation in the North. Upon hearing that Jon is now King in the North with Sansa by his side, Arya’s plan of killing Cersei comes to an abrupt halt as she seemingly heads back to Winterfell. On her travels, she’s briefly reunited with dire-wolf Nymeria, only for her to weirdly turn her back on the Stark. Hopefully, we’ll see this amazing wolf pack come to Arya’s aid later on in the series!

Have you seen this:
An Unkindess of Ravens #2 (Review) 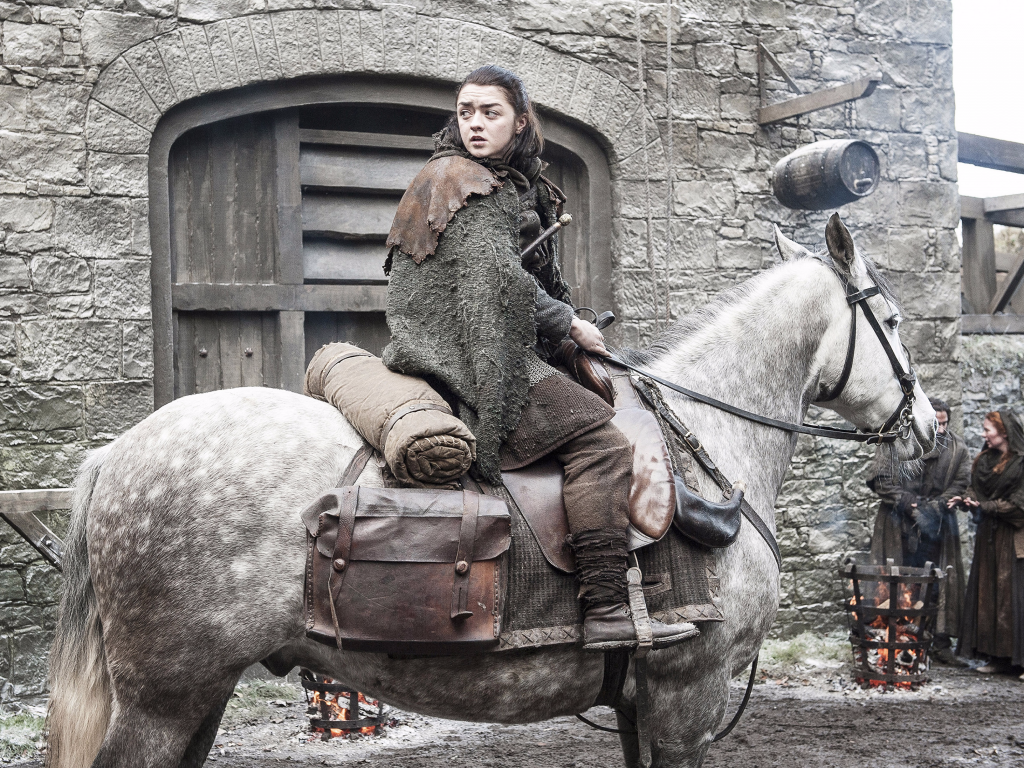 But the episode truly belonged to my favorite new villain, Euron Greyjoy and the spectacular naval battle between the two Greyjoys armadas. Euron’s insane entrance onto Yara’s boat literally had me laughing out loud, that guy truly is a crazy pirate rock star! His showdown with Obara and Nymeria was brutal; he even slaughters them both with their own weapons. After crushing the rest of the Greyjoys fleet, Euron captures Yara and taunts Theon to save his sister. The trauma of the battle triggers Theon’s PTSD and in a shocking twist he cowardly runs and jumps over board. I was so disappointed that Theon’s redemption arc had been crushed, but this is Game of Thrones we’re talking about!

Overall ‘Stormborn’ was an episode full of political and tactical campaigning, with Cersei unleashing a huge blow to Daenery’s allied camp – she’s going to need Jon’s support more than ever now. The battle for Casterly Rock is up next, can the Unsullied secure a crucial win to even the playing field against the Lannisters? 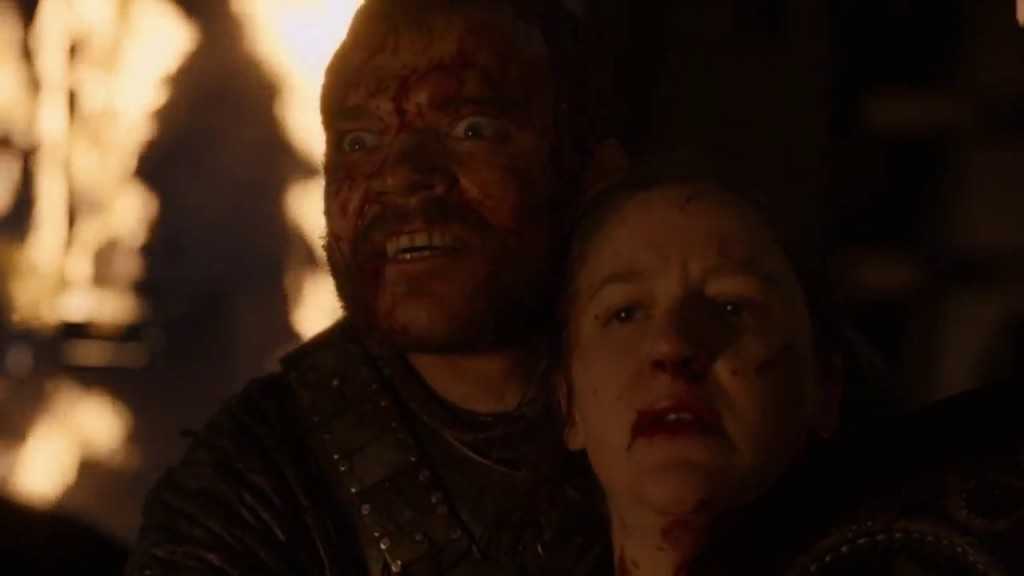 However there still remains the problem of manufacturing unnecessary and uncharacteristic drama with certain characters, take Daenerys’ despotic threats of burning Varys alive and Sansa’s continual public undermining of Jon for example. With all that Sansa’s been through and the abuse she’s suffered from Joffrey and Ramsay, you would have thought she would be so happy to have Jon back. Why then is she going against each and every decision he makes?

game of thrones hbo review stormborn We have a hulk