Halloween Week – Get Past the Fear

If you’re anything like me, horror is not your forte. You won’t watch horror movies, you won’t play horror games, and you may not even read horror books. But every once in a while, something comes along that is worth pressing on in order to get past that fear.

For me, there have been three games in my life that have done this.

Parasite Eve was one of those games that had some of the creepiest environments, sound effects, and a very eerie lack of music.

This may not seem so creepy today, but back then it was extremely unsettling.

The biggest issue was a fear of the unknown. I didn’t know what was around the next corner. I didn’t know when I’d be ambushed. I never knew what kind of creatures would come forth next. And sometimes, I was downright ill-equipped to face an enemy. I can’t begin to tell you how many times I had to fight this guy, one of the earliest bosses of the game.

But what kept me going was the intrigue and the fact that I had always been told this was a great game. So I did. And today, it still remains one of my favorite PS1 titles.

In Half-Life 2, there was an immensely tense, dark environment in the game called Ravenholm. This place had been abandoned after becoming infested with head-crabs and the zombies borne from them. It is only out of necessity that you have to go there at all.

This was by far the most nerve-wracking experience I ever had in a game. It was incredibly dark, utterly empty, and you never knew when head-crabs or head-crab zombies would appear–sometimes dozens of them all at once. With limited ammo, non-regenerating health (you have to find med packs) and an often difficult time even seeing the enemies coming at you, it became extremely obvious why “We don’t go to Ravenholm.” 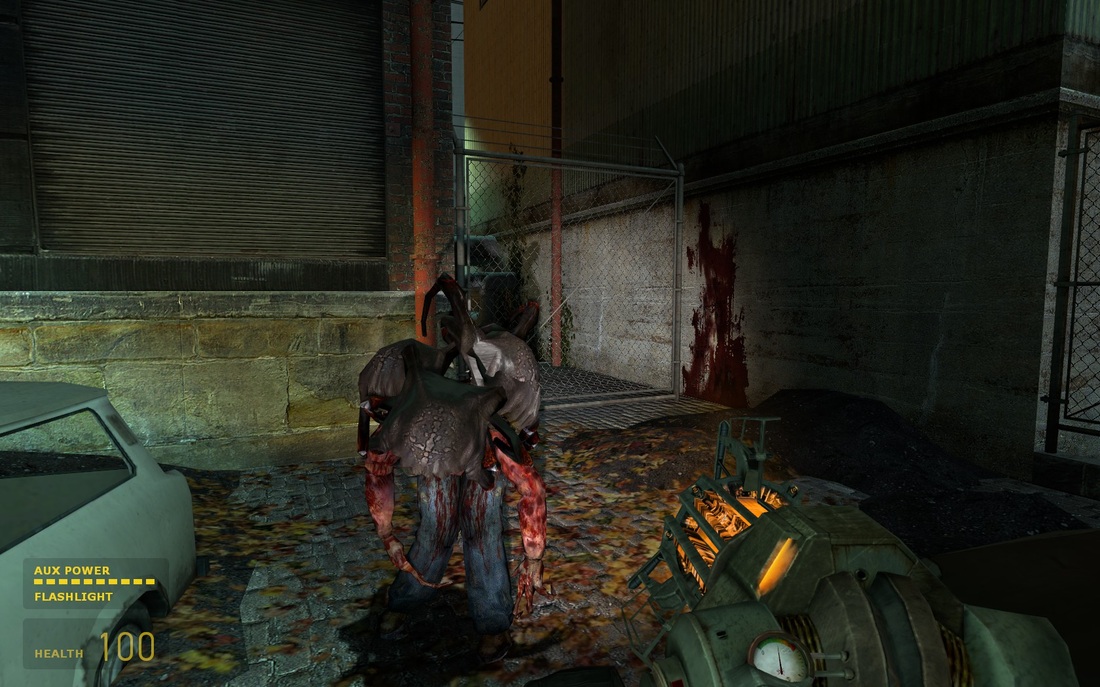 But even with such a terrifying place (it still gives me the jibblies), Half-Life 2 was such an amazing game (both in terms of gameplay and story) that I’d have little hesitation going through again just to experience the game in all of its glory.

The first time I ever saw BioShock, it gave me the creeps. Between the very dark, dank environments and the voices of the splicers echoing in the background, it seemed like a game I’d never try. But I decided one day, after hearing the praise for BioShock Infinite, that it might be worth trying out the original. So I downloaded the demo and played until just after getting to Rapture and my first encounter with a Spider Splicer outside the bathysphere. The terrifying sound of her voice along with the darkness and my initial defenselessness made me decide I had played enough. So I gave up.

Her shrieks, attacks on the bathysphere, and subsequent taunting while moving around the shadows are especially terrifying with surround sound or equivalent headphones.

I decided at a later date to try the demo again but to instead power through the whole thing in order to get a clearer picture of whether or not I could enjoy BioShock. Initially the fear was strong enough that even after completing the demo, I still was unsure if I could play the whole game. But when a sale offering all three BioShock titles for $20 came up, I went for it, reminding myself that if I could get through Ravenholm (Half-Life 2), I could also get past everything scary in BioShock.

And I was not disappointed.

When I realized how powerful I could become and the story drew me in, I found a way to get past the fear (though I still saved often) and BioShock ended up being one of my favorite games played in 2013.

It’s completely possible to let go of the fears you have when playing scary games, watching scary movies, etc. if you make the conscious decision to do so. Doing so helped me to experience the great games Parasite Eve, Half-Life 2, and BioShock. Sometimes it is worthwhile to do whatever it takes to get past the fear.

That doesn’t mean I’ll be playing Outlast or Silent Hills, though. That’s too many jibblies for me.