As we dive into the second episode of The Gifted we are continually provided with all of my favorite elements of the X-Men films and the best aspects of Heroes, providing audiences with nearly as close to a living comic book volume as any Mutant-centric live action media has given us to date.

After escaping from the Sentinel Services through Blink’s portal, the mutant underground, Kate Strucker, and her children are at odds over which action takes priority. The Struckers and Eclipse are set on finding out where Reed Strucker was taken after he was shot by the Sentinel Services, unable to escape through Blink’s portal, the Struckers obviously wanting their husband/father back with them, Eclipse wanting Reed’s help with rescuing Polaris. While John Proudstar is considerably more concerned with keeping his Mutant Underground safe and tending to Blink, who is left in a weakened state after her longest portal travel to date, and her powers are now firing erratically. 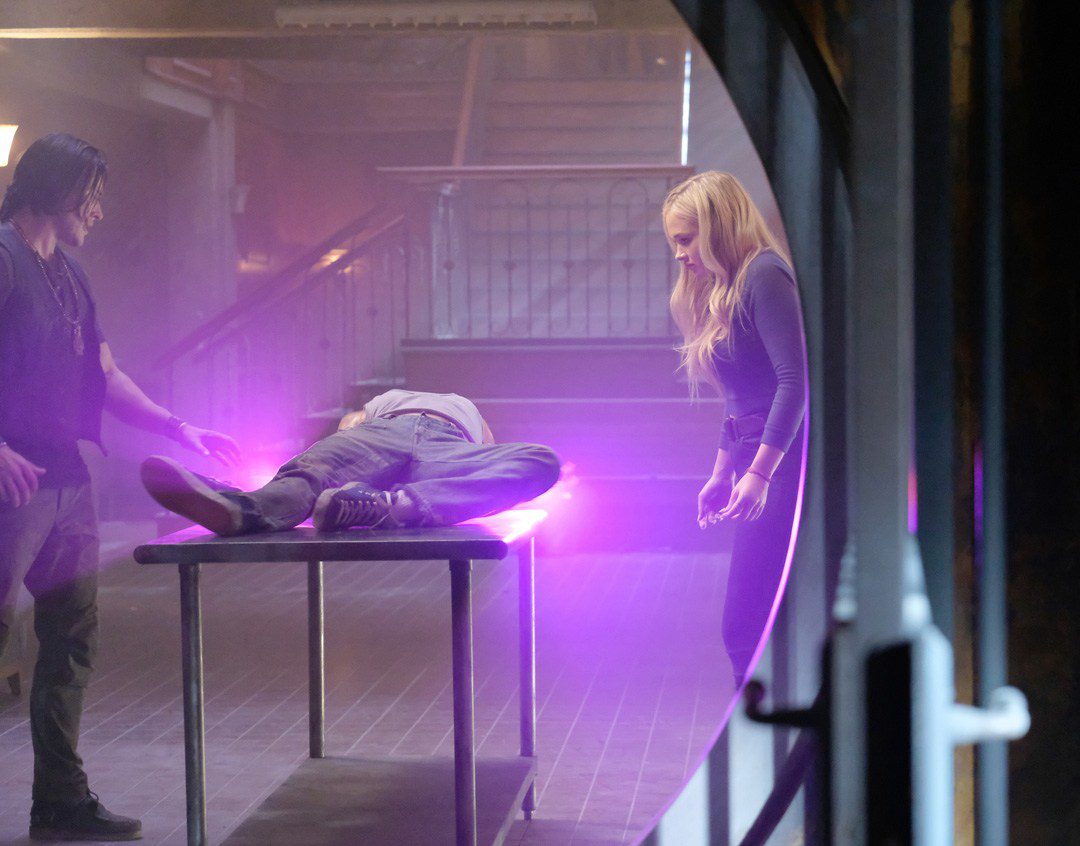 Polaris, locked up in Lakewood Jail, is not only inhibited by the mutant power dampening collars comic fans are extremely familiar with but gives comic book fans a nerd out moment almost as good as the ringtone in the premiere. During her time in the shower (keep your mind out of the gutter) the dye in Polaris’ hair washes out revealing her fully green hair, giving fans a far closer comic version of our Mistress of Magnetism. We also see Reed Strucker, one of our few human leads, holding his own against the lead of Sentinel Services, playing hardball over a deal negotiation before ultimately appearing to offer the location of the Mutant Underground in exchange for immunity for his family.

Kate Strucker and Eclipse go on a mission to get medicine to regulate Blink’s power and vitals as her portals are now continuing to open up to a street, allowing the back end of a truck to crash into the Underground base, bouncing off of Thunderbird’s back in a very cool subtle representation of John’s power. Lauren and Andy Strucker use their powers to protect the Underground from the mass of gun-wielding citizens and police forming on the street where Blink’s portals are opening, Lauren continues to attempt to manually close the portals with her power, finally Andy steps forward using his power to throw back a sea of police preparing to enter the portal, throwing Blink aside in the process, sending her erratic portals into overdrive causing the Underground to prepare to evacuate before Kate and Eclipse return and restore Blink’s power and vitals to normal. 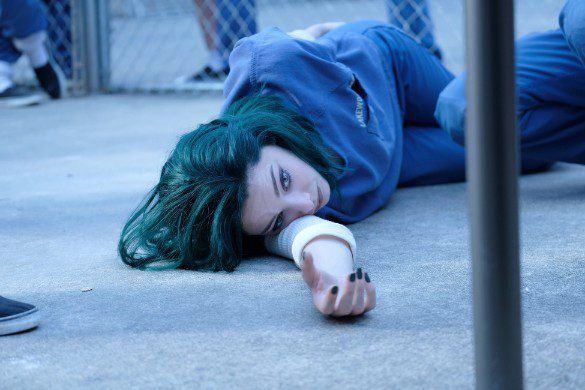 This show has surpassed every expectation I had prior to the premiere, from the hair and makeup to the visual effects of the powers, and the smart and poignant writing and strong performances by the cast. Seeing Jamie Chung dawn the subtle but well-crafted Blink look along with the emergence of the green hair for Polaris gives fans that great comic vibe even when our X-Gene sporting runaways aren’t utilizing their surprisingly great special effect represented powers.

My favorite element of all of the good aspects of this show for me has to come down to the raw, gritty portrayal of the Mutant oppression and prejudice that the show provides us. With the utter disregard for the Mutant’s ‘rights’ shown by law enforcement, to the utter disgust and targeting shown in the prison scenes, and the horrific conditions at one of the few remaining hospitals that will treat mutant illness/injuries, the very real, grounded approach to one of the most consistent, prominent elements of X-Men lore, I personally feel that The Gifted tackles this aspect better than anything X-Men related that has appeared on film to date. The effect of this element was driven home by the conversation between Kate and Eclipse, Kate, horrified by the treatment mutants are facing, coming off the horror of being chased into hiding by the Sentinel Services, obviously fearful for her children, Eclipse drives home the point with a simple question to Kate as they’re driving ‘if it wasn’t your kids in that gym, would you be standing up for them? Would your husband?’ the expression Kate has, along with her continued actions throughout the episode show obviously where she stands now on Mutant assistance, but the fact that the question had to be asked, gives such a rich multi-faceted approach to the very real portrayal of prejudice and persecution represented in this series.

In my opinion, The Gifted is giving fans a wonderful representation to the X-Men lore, giving a different subset of characters leading places in the spotlight. I’ve been immensely impressed with what we’ve been shown so far, and cannot wait to see what the remainder of the season has in store for us.

Tune in next time to see how the Mutant Underground plans to escape the Sentinel Services and work towards freeing one of their family members from Lakewood Jail, until then, keep it nerdy.