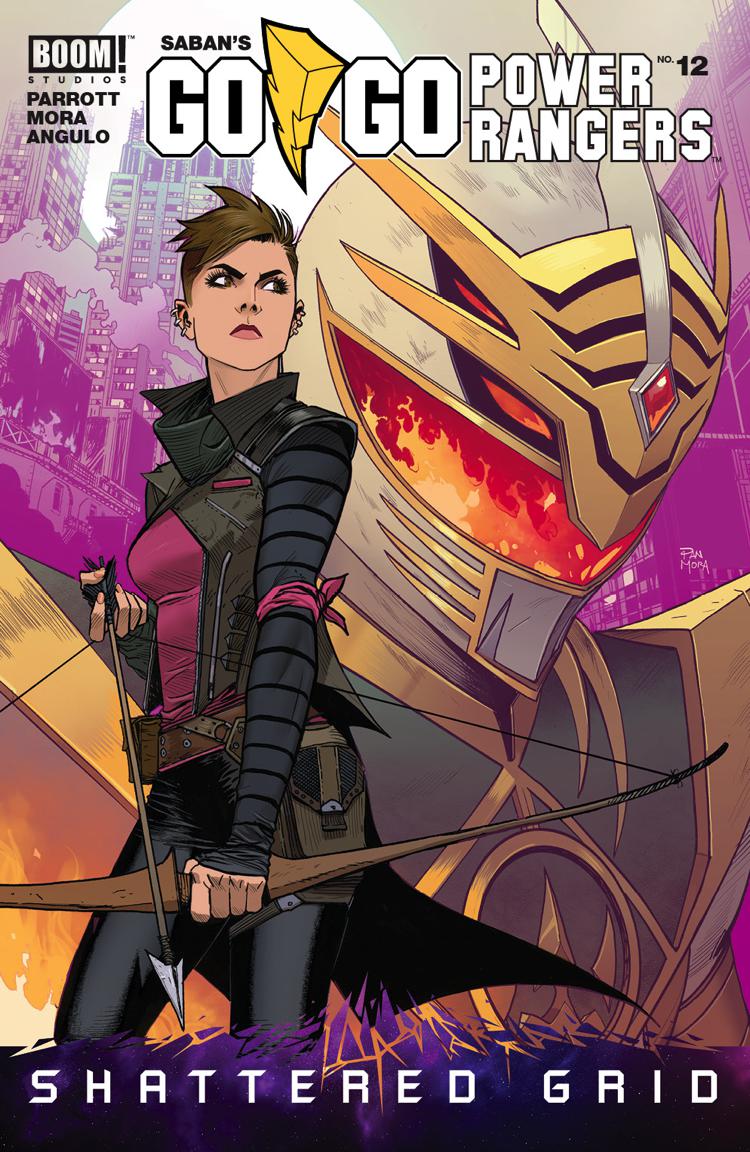 Go Go Power Rangers #12 ends the arc very strong. We’re given a lot of closures in this issue while still being given a lot of action and character development. Kimberly from the future finishes her story in this series, as this is the last issue that ties in with the Shattered Grid event. We’re shown how she became under Drakkon’s control and also see how even after she leaves the Power Rangers, she still leaves them with a few gifts. One is to help them now and another for a much later time. I’m sure we’ll see her later in the other series as the event comes to an end, but her story here was an absolute thrill. Jason gets a fantastic moment here too.

It’s only on one page but I believe it to be the most important for him in this run as it shows how far he has come as a leader and as a character on knowing when to make a call. It will definitely be one of my favorite moments I’ll remember in this run. Matt’s story also seems to have come to an end as we finally see what happened to him and the group. I was never too sure about him when he was initially shown. However, his story here drives on how keeping secrets can really break a person. Bringing anyone new into an already overfilled world of characters like the Power Rangers can be hard, but Matt has made a big impression for me as I hope many other readers feel the same.

The action here focuses mainly on the rangers controlling the Megazord against two other monsters. The battle and types of weapons shown on both sides here were exciting to see as they exchange blows and the big surprise that the team receives is an exciting moment for fans as they may have found a new toy they will want and wish they could buy at a store now. The art team continues to nail the series with their style. It’s never too far off of looking so serious but you can always feel the weight of the story and I can only imagine how much fun the coloring has to be for this series. I love the way this arc ends in its final page with its win-lose situation and it continues to show why Go Go Power Rangers is one of the best team superhero books out there for any reader.