Arguably one of the most iconic phrases in a film ever. It’s also the pure definition of why people have been watching Godzilla films for decades, for monster fighting. Sure, the original Gojira was more serious and was a metaphor for the nuclear scare but it has evolved into something else now. Something more. We’re far away from the 50s and we’re more into mind-numbing action-packed films. So when it was announced that a new Godzilla franchise was returning the world was excited. But then the first one came out and people were disappointed. “Godzilla was barely in it!” was the popular statement about the film. The creators promised that the sequel will rectify this issue, and boy did they.

Godzilla: King of the Monsters is the third (yes, THIRD) film in a franchise that is leading up to Godzilla vs King Kong. The secret covert underground group named SHIEL…uh I mean MONARCH has been monitoring Godzilla since the first film. When Godzilla returns this time, he is joined by other giant creatures (MOTHRA!! RODAN!! LET’S GOOOOOOOOO) *ahem*. One of the elements that were added into this more modern version of the Godzilla mythos is the possibilities that these creatures may be the Titans from biblical times. This added element gives this version of Godzilla its own flare and separates it from the other iterations. But unfortunately, MONARCH isn’t the only group interested in the giant monsters. Another faction of Eco-Terrorists believe that the monsters are here to wipe humanity off the face of the earth and to speed the process, they awaken King Ghidorah(!!!) to finish the job. Blah blah blah let’s get to the shits, this all leads to a giant fight spectacle unlike the world has ever seen. 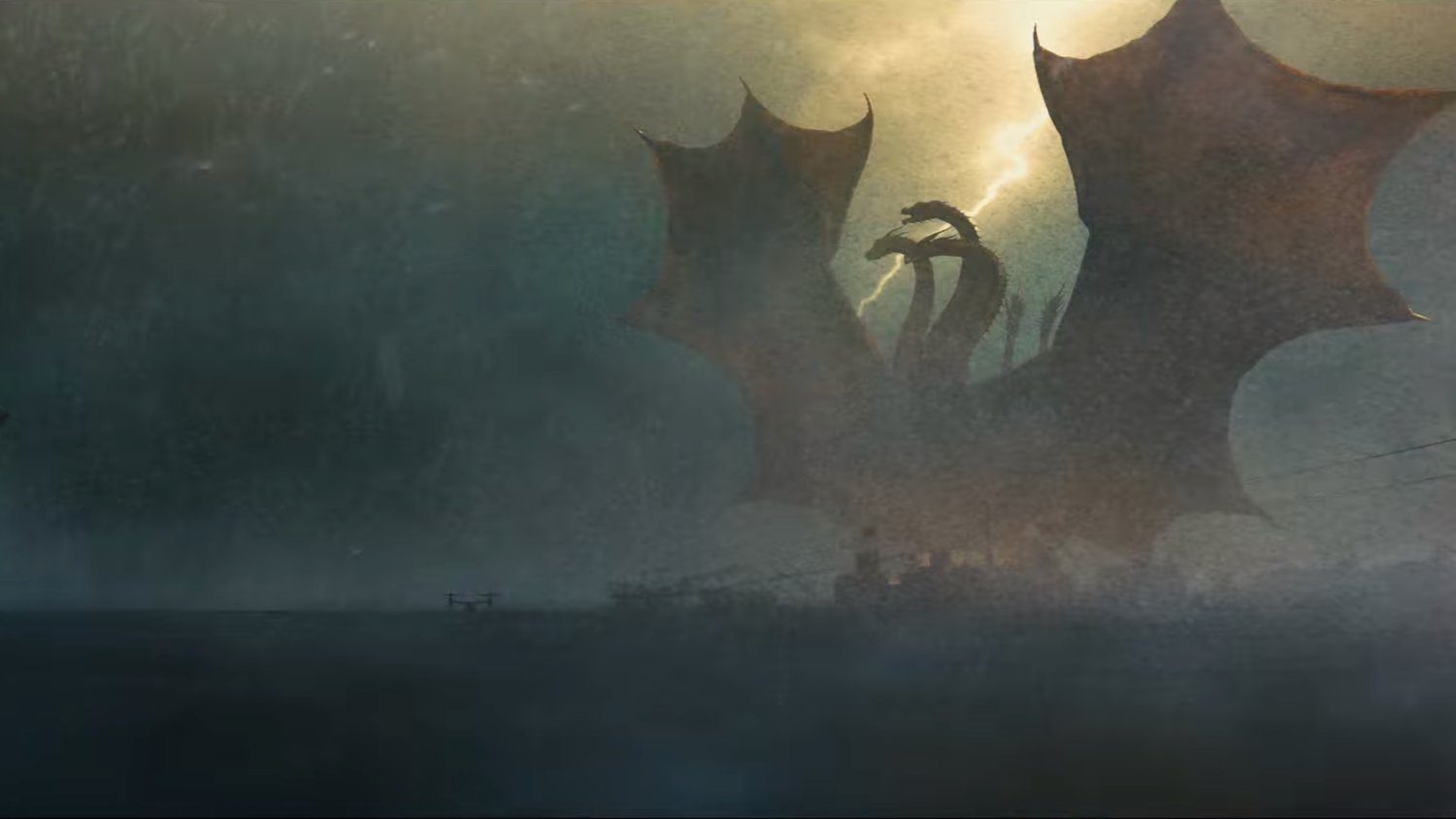 If you’re a long-time fan of kaiju films like me, GET HYPED. This is the CASABLANCA of kaiju films. The Empire Strikes Back of Godzilla flicks. I’ve waited my WHOLE LIFE to see Gojira depicted this way and it was worth the wait! Director Michael Dougherty has come a LONG way from Krampus (didn’t know he did that, huh?). Whether you enjoyed this film or not Michael deserves all the praise for giving us a summer blockbuster film that looks as amazing as King of Monsters. Michael did something a lot of writers and directors haven’t done; listen to the fans. He heard the cry for more Godzilla and he delivered with flying colors.

“bUt tAsK wHeRe’S tHe PloT? WhErE’S tHe STorY? ThE hUmaN InterAc…” 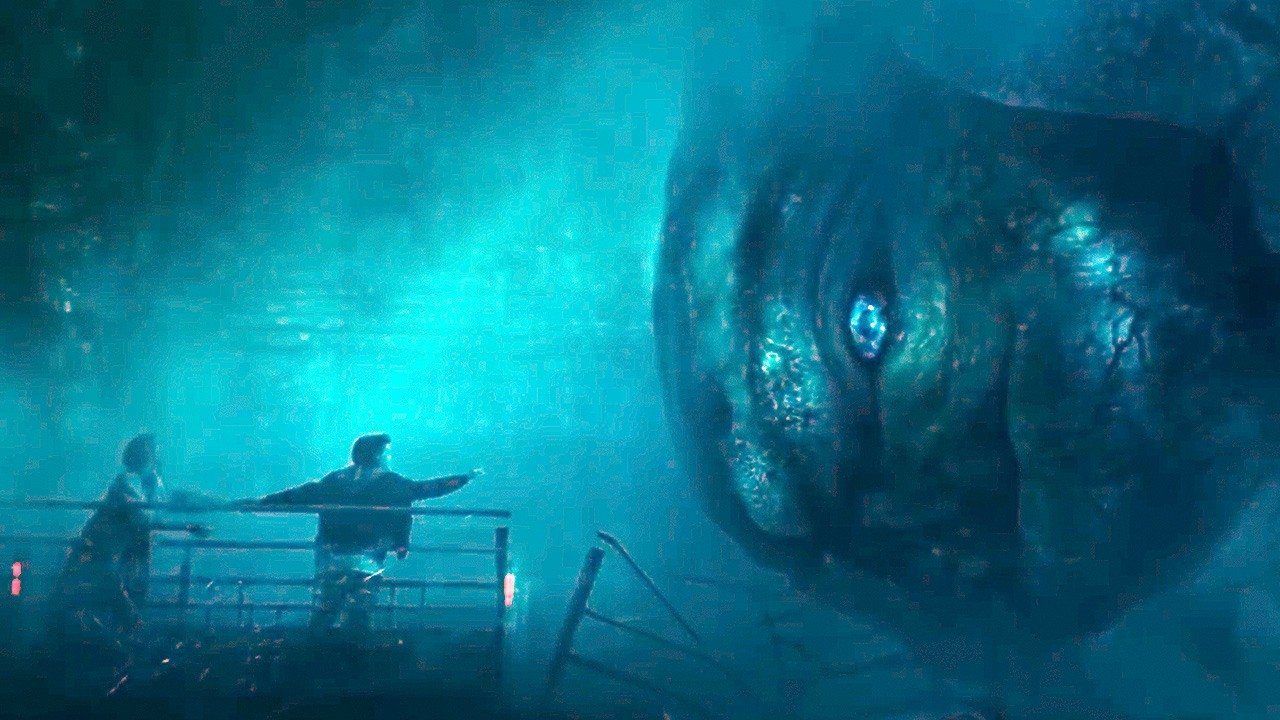 SHUTTUP. NO NO NO WE’RE NOT GOING TO DO THIS. I’m sorry Casey I appreciate you for letting me review this, but I can’t let these people do Gojira like this. LOOK. IT’S-A GIANT MONSTER FILM. And whether you want to believe it or not it IS a genre. Godzilla ALONE has over 35 films under his belt. And that doesn’t include Mothra, Rodan, Gamera, etc. Kaiju (Japanese for “strange beast”) films have shaped the world and paved the way for other franchises like Ultraman, Power Rangers, Pacific Rim, etc. And like any genre, you can’t grade a kaiju film on the same curve as you would do other films. Nobody goes to a Halloween movie and say “Man, I wish I knew more about the characters.” You know why they don’t say that? BECAUSE IT’S A HORROR FILM. These people are most likely going to DIE. WHO CARES ABOUT THEIR HUMAN INTERACTIONS? Nobody comes out of a Jason Vorhees film saying, “Hey man, yea it was cool seeing people die and stuff but the STORY WAS INCREDIBLE!”. Stop the madness. I paid a ticket to see giant monsters fight and DAMMIT THAT’S WHAT I GOT. Moral of the story is, when you watch a movie that includes a giant three-headed monster that shoots lightning fighting a giant moth, it’s ok to just relax and watch it instead of wondering what humans are doing during the fight.