Gotham 3×15 ‘How the Riddler Got His Name’ Review

Season 3 Episode 15 ‘How the Riddler Got His Name’

Riddle me this, riddle me that, how do we get an age of about thirty for the Riddler, yet barely 16 for the Bat?

Gotham has returned from its long hiatus after Jerome’s Carnival of Fun (of course by fun we mean attempted mass murder) ended with his face being punched off and our favorite, riddle-spouting sociopath shot the Penguin in the gut and threw him into Gotham Bay after Cobblepott’s professing his love for Nygma did not ease the pain of the fact that he murdered Isabella (in Nygma’s defense, I’m fairly certain shooting someone in the stomach and pushing them into a body of water was totally covered in a hidden chapter of ‘He’s Just Not That Into You’ as an acceptable way to turn someone down when they profess their feelings for you and attempt to win you over by murdering someone you care about). The episode was filled with a lot, and I do mean A LOT, of story lines for our cast, multiple lines intersecting to lay into motion the future of Gotham. For me personally, I feel that maybe one of the sub-stories could’ve been pulled and interjected into a later episode, giving more time to flush out details for the other storylines. However, all in all, Gotham made a powerful return after their lengthy break and is without question making up for its lackluster second season with the vision coming to fruition throughout its third. 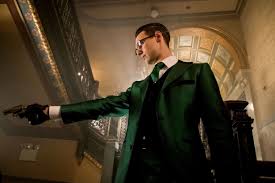 Four principal things happened this week. Bruce continues his training with Alfred, while still pining over the loss of his relationship with Selena after lying to her about her mother’s intentions. The Court of Owls matriarch Catherine has prepared Bruce’s clone to assume the young Wayne’s identity, removing the threat of making public some of the Court’s actions, while also giving the Court internal control of the heir to the Wayne fortune. Gordon is asked to a remote location in the woods to reconnect with his estranged Uncle who has promised him answers about the death of his father. Lastly, and from the audience standpoint, most significantly and most expertly executed, Edward Nygma is on a personal journey, now without his friend and confidant who truly understood him, to find a mentor, or a villain, or whatever it takes to help him fully understand who he truly is. 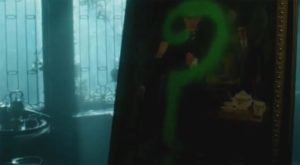 Now placing less emphasis on his investigation into the murder of his parents and no longer romantically tied to Selena Kyle, Bruce Wayne is now driving his primary focus into training. While he still has not mastered the art of tuning out distractions, as demonstrated by Alfred’s banter being enough to cause him to send a throwing knife three feet over the top of his target and out a window. He has gotten a bit more formidable physically, after a note planted by Bruce’s clone, pretending to be Selena, draws Bruce to their old hanging spot, Bruce shows the improvement he has gained by beating down Sonny and three of his henchman buddies. Bruce’s movements still look a little clunky, it remains to be seen whether this is intentional, allowing him to show improvement over the course of future episodes, or if that is simply the skill level the actor was at during the time of filming. After Bruce’s clone, sent on a mission by the Court to kidnap and replace Bruce, reveals himself and then subsequently drugs the young Wayne, Bruce awakens at the end of the episode in a prison cell of sorts on what appears to be a very remote mountainous area. Clips of future episodes reveal that Ra’s Al Ghul will be making an appearance and providing Bruce his ‘League of Assassins’ training at quite the young age. Very excited to see those training montages and fighting scenes in the future as we get ever closer to the birth of Batman. 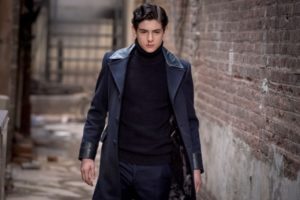 Meanwhile, out in the woods, also on assignment by the Court, however apparently with very different intentions, Gordon’s Uncle Frank tells Jim about him and his father’s membership with the Court of Owls and how they were the ones responsible for Gordon’s father’s death. The hope is to convince Jim to join, giving a good face to the Court, but ultimately join his Uncle in attempting to take the Court of Owls apart from the inside. While these scenes were done well, and contained some interesting twists and backstory, this was the storyline of the episode that felt the most smashed in, and would’ve been better served saved for a subsequent week, giving more time both for these conversations and for the other story arcs of the episode to flush out. Three seasons in and I’m still not 100% sure if I’m enjoying McKenzie’s Gordon or not, his persona and motivation seem to be constantly in flux, molding to whatever the arc at the time demands of it. When the show began, I was okay with the show being more about Gordon, and him tracking down the villains of Gotham before Batman was around to protect people, but that quickly became Gordon being a very low function vigilante and makes his positioning within the show very uncertain. He’s not overly concerned with the rules, he’s a cop every other week, and has killed more than his fair share, apparently fighting some ‘monstrous side’ that was alluded to but never really explained, how he will continue to fit into the shows ecosystem, especially now that Wayne is sprinting towards becoming a vigilante in his own right, remains in a very confusing state. 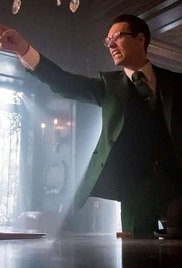 Unquestionably the star of this episode, and fighting heavily for that of the series as a whole, is the unstable, energetic, enigmatic, Edward Nygma. The performance by Smith has been outstanding since the pilot, and watching his progressive descent into madness has been an absolute delight. The chemistry that Smith and Taylor share as the Riddler and Penguin respectively is undeniable, and not to let a little thing like the apparent death of the latter interfere with that, they have given Nygma the only logical way to maintain his hilarious screen sharing antics with Cobblepott, drug induced hallucinations. As the episode proceeds Nygma is facing internal struggles, now without his best friend and mentor, he is in search of a counterpart to help him fully discover who he is. First, he feels a mentor is in order, searching through the intellectual elite of Gotham for a suitable candidate, however their inability to answer his riddles result in their demise. One of his conversations with Halluca-Penguin results in his self-discovery that everyone good villain needs a hero to be a rival with, so he first seeks out Jim Gordon. However, his absence results in a mental rivalry with Lucius Fox that satisfies Nygma enough for him to crack his personality dilemma, his psychopathic reflection no longer smudged, his super villain epiphany reveals himself, his true self, The Riddler. 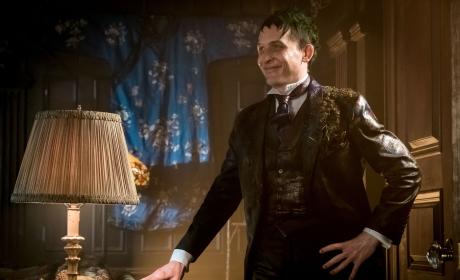 The performances of Smith and Taylor have been at the forefront of Gotham since its inception and this immensely introspective episode for Nygma was no exception. With the end of the episode reveal that Cobblepott is still alive, the impending training for Bruce, the placement of his clone, Gordon’s decision to join the Court or not, and The Riddler’s emergence in Gotham, the remainder of this season is sure to pack a punch! Tune in next time as we divulge and dissect the next round of secrets that the streets of Gotham reveal. Until then #keepitnerdy

Bruce Wayne Court of Owls Gotham Penguin Riddler
Are you an Insider?News, reviews, & updates are just the beginning.