The Nintendo Switch gets a lot of games on its console the eshop every Thursday and you will see at least twenty new games in there every week, this is not an exaggeration. Today its kind of hard to tell which games are worth your time and which aren’t, well I am here to tell you about a game called Grab The Bottle and to tell you why it is not worth your time.

Grab The Bottle suffers from something that I feel like a lot of Switch games suffer from, they feel like a mobile game rather than a console experience. The premise of Grab The Bottle is very simple, you have to make your way through levels as you collect pacifiers and then Grab The Bottle to finish the level. It is not the simplicity of the game that makes the game unworthy of your time, but how repetitive the game can get. When there are games like Fornite on the Nintendo Switch or the hundreds of other games released on a weekly basis its kind of hard to be pulled to Grab The Bottle.

Another aspect where the game falls short it’s in its level design, every level feels the same and rehashed from the last level. But not only is the level design is the baby music that bothered me the most in this game. I play my Nintendo switch a lot before going to sleep and with the music that the game provides I felt like I was inside of a baby room at times, which can be a good thing for some games you know setting the right atmosphere for them, but I am twenty-six and I don’t feel like playing a game where the music its making me feel like a baby. Every time the player messes up you hear a weird, creepy baby laugh that even my wife started making fun of, it’s just weird.

But for everything that Grab The Bottle does wrong, and trust me I feel like it does a lot wrong, there are a few things that the game gets right. Puzzle games, in my opinion, suffer from either being too difficult or too easy, Grab The Bottle is at times a difficult game were you only get three times to beat each puzzle, it easy to get stuck in this game, but if you happen to get stuck there are ways for you to keep going forward. Grab The Bottle offers an indestructibility option where the player basically gets an unlimited amount of tries to solve the puzzle that they are stuck in. Indestructibility offers players the option to just play the game without having to worry about the three strikes. The other kind of help that the game provides is basically a guide within the game where it numbers every stop you have to make for you to get the bottle, this is particularly nice for someone that wants the challenge but happens to be stuck in a level. The guide help is nice because you still have three strikes per level, so the challenge is still there, but now you basically have a guide to the finish line. The things that Grab The Bottle does right are not enough for someone to play this game. All these features would have been awesome in a game that’s enjoyable to play but in my opinion, Grab The Bottle is not enjoyable. 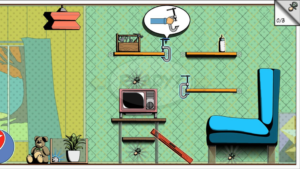 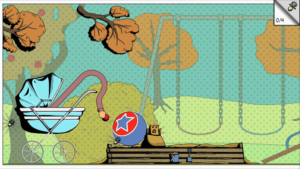 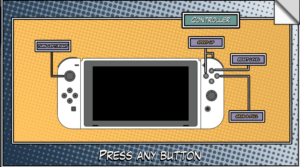 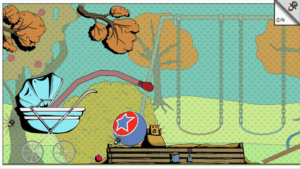