The holiday season is right upon us and the big fall game releases came and went. Games like the likes of Call of Duty, Outter Worlds and Borderlands 3 are games that everyone talked about. And though these games are great there is a game that no one should miss this holiday season. As the whole games industry gets ready to talk about Game of the Year contenders, there is one game that everyone should play before 2020 begins, and that’s Greedfall.

It has been a long time since an RPG grabs me and makes me lose countless hours in it. I got married last year, so my RPG adventures have been cut back since my wife doesn’t appreciate me spending more than a couple of hours in front of my TV. Then came Greedfall, an RPG that’s very reminiscent of games like The Witcher and Mass Effect. Greedfall, in my opinion, had problems with its slow start, but if you stick with this game you will find a very satisfying RPG and one of the best RPGs of this year. If you don’t want to read my full review then I’ll leave you with this, if you are a fan of RPG’s you MUST give Greedfall a try.

Greedfall’s grabs you with its simple combat and its thought-provoking storytelling. Your journey begins with you having to leave your hometown in the search of a cure. Your mother is dying and you have to try to find this cure that could potentially save not only her but others. From there you leave to a mysterious island where you’ll encounter mythical beasts and religious cults. The story, although good, was not my favorite part of Greedfall. There were times where I felt that the story dragged and it was slow to pick up. Some of the best stories, however, came from its side missions. A particular side mission comes to mind where you start by researching this group of people and their religious beliefs. Before I knew it I was learning about their dark practices and I had to encounter one of their demons. That side mission very much felt like a full-fledged main mission. Yes, you’ll encounter fetch quests and missions where all you have to do is meet with someone and talk to that person, but for the majority of the time, the mission structure in Greedfall is superb.

As I mentioned earlier, one of my favorite aspects of Greedfall is how it combat plays. Like in Kingdom hearts, in Greedfall you’ll always be joined by two other characters. You can change your party to fit your play style and how you want to tackle things. I hardly ever changed my party just because I got attached to some of my characters, yes, I’m talking about you Siora. Your character can use broadswords, magic, guns, and I love how Greedfall gives you the option to build your own unique built. The weapons and armor you find also have customizable parts to fit your play style. Switching between weaponry and magic is seamless. There were times where It was easier for me to kill a human enemy with my swords but I needed to switch on the fly to take care of a beast that was right next to them and Greedfall allows you to do this. You also have the option to do a full “tactical” stop. During this time, you are able to stop time and prepare for what’s in front of you, by either attacking or healing yourself or your party. By allowing the game to make a full stop, each battle felt more tactical and I loved that.

Where Greedfall falls short is in how its “open world” is built. Leaving each area triggers a loading screen and the loading screens take forever to load. What made this more annoying was how some missions had you going back and forth from areas and to me that just killed the momentum those missions were carrying. I wish Greedfall were more of an open world instead fof just open areas. The areas that you visit are varied enough and offer enough secrets to want to explore.

Greedfall is a game that is not being talked about for game of the year, and to a certain extent I agree with that, but this is a damn good game that should be given a chance. If you, like many other people, have not heard of Greedfall, do yourself a favor and play this. In Greedfall you’ll find a good game, with a deep combat system and a world that is worth exploring. The Lore and politics of the game will keep you coming back and before you know it you’ll be having a flashback to the golden age of the Bioware games. 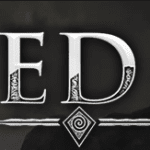