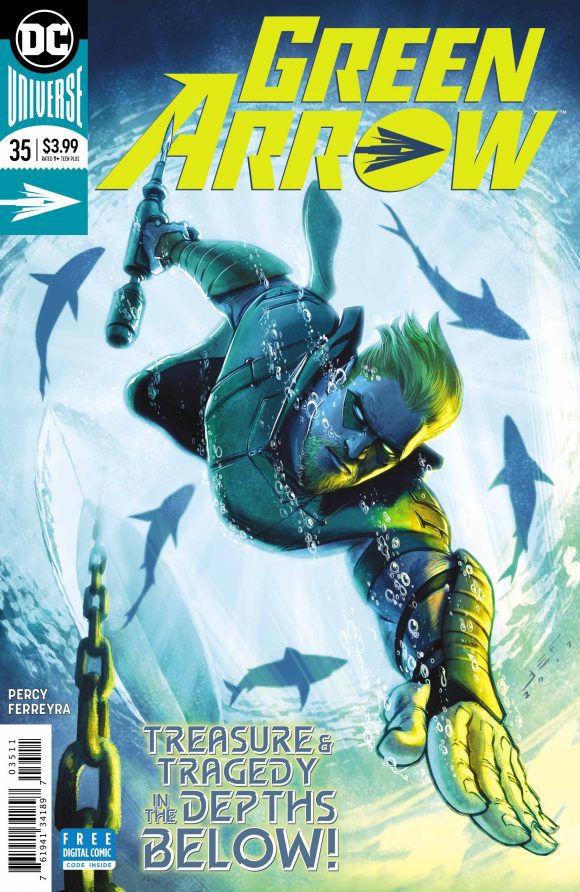 Since the beginning of DC Rebirth, Oliver Queen has had a rough time with his city. Now that the rebirth era has ended, you would think everything has finally come together for him, right? Well no, Oliver still has some very high stakes to attend to from still fighting with the Ninth Circle, dealing with finding out his mother Moira is still alive, continuing to rebuild his relationship with his sister Emi, and hoping he doesn’t go to prison with his pending trial.

Somehow Oliver is still keeping it together and right now he has to try to reclaim his fortune all for the good of his city. He decides to go down into the deep ocean with his mother and still can’t believe that she’s alive. You can tell he’s happy but he’s hesitant on the whole situation but nonetheless, he decides to trust her. Oliver has always had a bit of arrogance to him and can sometimes be a little to trusting without taking some things into consideration, such as Moira actually working with the Ninth Circle. Even though Oliver has also found out that his family has been a part of that society, it doesn’t steer him away from going against them because of the kind of corruption they bring to the city and what they can bring to the world. We also get a good quick look at Oliver’s lawyer Ms. Spencer. 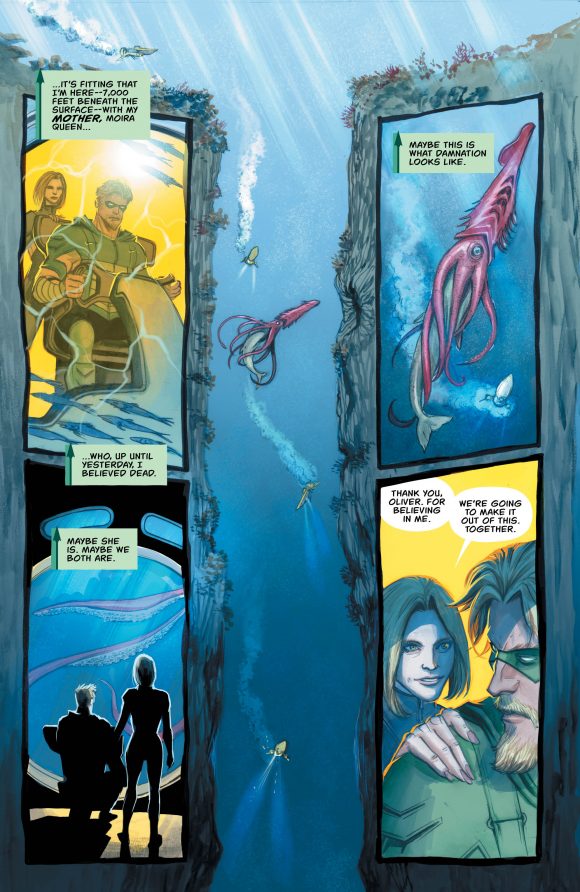 She’s completely headstrong on proving Oliver’s innocence and won’t be wavered in any other way other than winning. What I’ve enjoyed about this character is that she is a strong person and a strong female that isn’t a superhero. Just someone making a huge bet, knowing the dangers, but won’t stop because she knows that this is the right thing to do even though it may be the hardest thing she’ll ever have to fight to win. Emi continues on claiming her name as the Red Arrow and is trying to help Wendy (a girl who is traumatized) get back to a normal state in her mind. Emi has gone through a lot of growth through this series and you see how much alike she is to Oliver outside of her skills with a bow. The issue ends on a few tragic notes with Oliver and his mother, a couple of cops where one has been dirty for a long time, but we’re delighted with seeing how Black Canary always knows how to watch out for Oliver as she has continuously done so throughout this series. Fact is Oliver would be dead numerous times without her.

We see a lot of development in this issue with the multiple layers of stories going on, some character growth and progression, and anticipation for how it will all come to an end. Even without any arrows shot, Green Arrow hits the target.