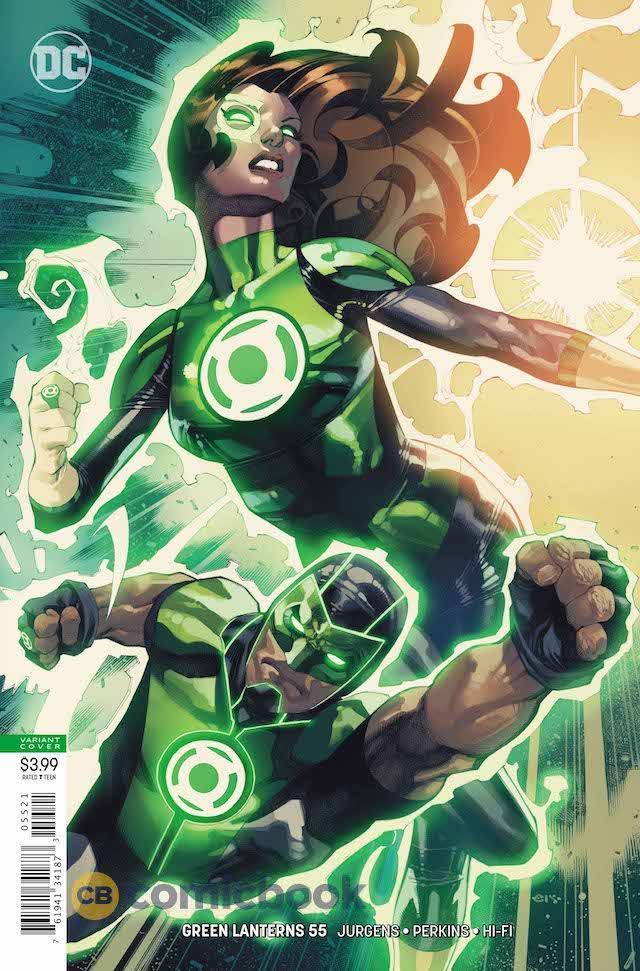 The Ravagers are gathering to a remote sector of space along with Eon to begin the next phase of their plan with the leadership of Hank Henshaw aka Cyborg Superman. He knows that they are loyal to him and the reader gets to see the level of devotion that the Ravagers have for their new leader. Jessica is busy trying to help the Penelo refugees acclimate to their new planet and conveniently forgetting about her missing partner and the fact that he’s been labeled a traitor. It’s an interesting contrast to the last two story arcs which had Simon nearly die multiple times trying to help Jessica fix problems of her own making.

After meeting up with the rest of the corps on Mogo, they find out that not only is there something wrong with the sentient planet, but the Phantom Ring is missing…..again. As the members of the corps argue with the Guardians for keeping secrets….again, the Ravagers invade and the corps has to fight back. A task that becomes that much harder when it turns out that Henshaw has the Phantom Ring and has been manipulating the corps through their own rings.

There are moments when I think that I might have to take a break on a particular book because I’m so immersed in the story that I think themes and stories are being repeated and this is one of them. After dealing with the corps taking on both General Zod and the Eradicator, why do we have to take on another one of SUPERMAN’s villains in a Green Lantern book? Are Superman villains the only threat to the galaxy? How many more times are we going to have to deal with this ridiculously overpowered Phantom Ring just getting stolen again? It’s almost anticlimactic at this point.

Same can be said for the entire corps turning on one of its members. Both Jessica and Simon have been on the opposite end of allegations from the corps to the point where I wonder if any of these characters should even be in law enforcement. This issue did nothing to elevate or innovate and it felt like a retread of previous arcs. Even the great art by Perkins couldn’t save this issue from the “been there, done that” pile.