Guardians of The Galaxy Vol. 2 REVIEW

The highly anticipated sequel to Marvel Studios‘ smash hit Guardians Of The Galaxy Vol. 2 lands in theaters this coming weekend. Expectations are high given the success of the original film which broke several box office records when it was released in 2014. James Gunn has done a great job of keeping things under wraps and has tried his best to make sure that the movie’s more surprising moments remain a surprise. I always endeavor to keep my reviews spoiler free so don’t be concerned about reading onward from here. Comparing this current film to its predecessor is difficult on several fronts. The original movie was a shock to most in so much as very, VERY few people had heard of The Guardians outside of those in the comic book crowd which meant that Marvel took a very big risk by including them in their cinematic world. That gamble paid off in spades as the favorable reviews came pouring in partly from people who went in not knowing what to expect and who ended up getting a fun, full-fledged space adventure the likes of which few had seen since 2009’s Star Trek reboot.  That being said, even without the surprise factor, Guardians Of The Galaxy Vol. 2 is a solid film that gives us all of the elements we loved in the original while still moving along the larger narrative within Phase 3 of the MCU and pushing us ever closer to Infinity War. 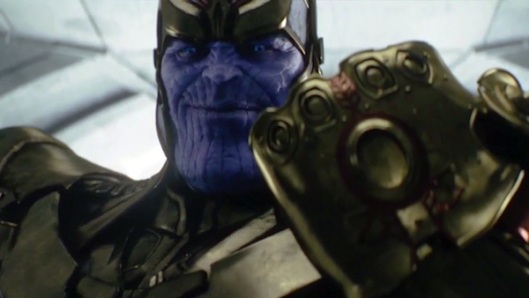 The film opens on our heroes being contracted to keep a planet’s power batteries from being devoured by a giant space monster. Hilarity and the opening credits ensue. The Guardians are successful in their battle and receive their payment – a captive Nebula, Gamora’s evil sister. But after Rocket Raccoon steals some of the batteries upon leaving, they are all branded as criminals and hunted by the planet’s inhabitants. After crash landing on an alien world, while making their escape, the Guardians are approached by a being called Ego who claims to be Peter Quill / Star-Lord‘s biological father.  Star Lord, Gamora and Drax agree to accompany Ego and his companion, Mantis, back to his home world while Rocket & Groot stay behind to guard Nebula and repair the ship. To go much further into the details of the story would risk tipping you off to a spoiler or two so I’ll stop there. Needless to say that I didn’t find too much about the movie that I didn’t enjoy. The epic music soundtrack was well utilized just as it was in the first film and rolled right along in lockstep with the plot. James Gunn did a terrific job of maintaining the balance of humor, feels and action as a writer and an equally admirable job of mining each actor’s talents and range as their director.

Have you seen this:
The Holiday Season Lands at Shudder

All of the actors now seem comfortable in their roles and play their parts to a tee. Kurt Russell almost seems like he’s been waiting for a role in the MCU his entire career and delivers a fun and noteworthy performance as Ego. Dave Bautista‘s performance as Drax is even more enjoyable in this 2nd installment than it was last time around and his interactions with Pom Klementieff‘s nuanced take as Mantis were delightful to behold. Of all of the actors in the movie, the standout for me was Michael Rooker as Yondu who finally gets the extra film time he so richly deserves and seems to savor each second he spends on screen. Karen Gillan also enjoys more time on camera as her character of Nebula has a bigger role in the sequel. Her ruthlessness and ferocity on full display while portraying Nebula’s revenge-obsessed sister makes you realize just what a fantastic actress Karen truly is. The comic book fan in me also “squeeed” a little at the nods to the 90’s version of The Guardians of The Galaxy within the film. Sylvester Stallone & Michael Rosenbaum as Starhawk & Martinex? Yes, please!! 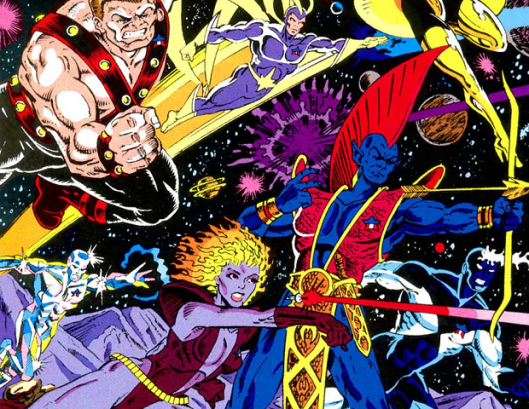 If I had to point to anything negative, I feel that the use of Groot as comic relief may have been carried as far as it dares be pushed. Adorable as Baby Groot was and as funny as the schtick they used him for ended up being, we don’t want to run the risk of veering into Ewok territory because, as any Star Wars fan will tell you, it’s just a small shuffle from there into full-on Jar Jar land. The viewing I went to was in 3-D and, given the CGI special effects used in a film like this, it made for spectacular visuals and helped rather than hurt the movie. Marvel seems to be able to do well when it comes to creating sequels that are equal to, if not better than (I.E. Captain America: Winter Soldier) the original. If you enjoyed Guardians Of The Galaxy the first time around then you will certainly not be disappointed with the 2nd installment of the series. And remember: There are FIVE, I say again, 5 post-credit scenes so stick around for ALL of them! Remember – Stan Lee IS “watching”….