2017 has been a solid year for entertainment. When first constructing my list, I jotted down about 10 titles for each category. Unfortunately, I had to chop the list down some.
“There can be only one.” –  Highlander

Now everything that I have chosen below are what really resonated with me the most this year. These are titles, to me, that really stand out in it’s category and do a fantastic job at transforming this viewer, into that universe.

In a world where Hollywood won’t hesitant to rehash old film plots and create sequels primarily for the cash flow, I admit when we first caught wind of a sequel in the works, I was rather hesitant that they would destroy the brilliance of the original Blade Runner film. Blade Runner was one of those rare pieces that truly captivated what real sci-fi noir was. It was a beautiful masterpiece which sparked inspiration in future sci-fi films to come. Well 35 years later, Blade Runner 2049 manages to beautifully bring it’s own take on this noir universe but at the same time enhancing the original.  Fresh from last year’s hit Arrival, Denis Villeneuve and co. create a beautifully thoughtful film, which preserves what made the original film great, while at the same time creating a film of it’s own merits. Harrison Ford and Ryan Gosling are fantastic as Deckard and K. The visuals are hypnotizing and the storytelling, at times, transcends the original, as it continues to evolve from the original themes of the first film.

Runner Up: The Big Sick

Kumail Nanjiani tells the real-life story between how him and his wife, Emily (played by Zoe Kazan), meet. The Big Sick tells the story of a comic named Kumail (duh), who begins dating Emily, a student who he meets at one of his shows. What starts as a one-night stand ends up blossoming into a relationship. The film tackles the trials two people must face who come from different cultures. Kumail is from Pakistan, and in his culture, they follow arranged marriages. There is a fantastic line in the film where Kumail states “I’m my country, arranged marriage is just called marriage.” This is the main premise of the film. This isn’t your typical romantic-comedy film as it also does a great job addressing the struggles of succeeding as a comedian and the traditions of different cultures. It’s a great film, with solid performances from the entire cast. Don’t sleep on this one. 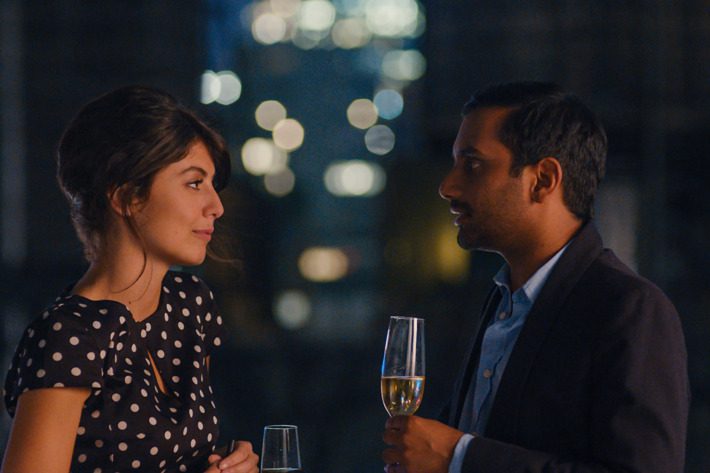 Alright, alright…. I know Master of None made it on my Best Of list last year but come on, Season 2 dropped this year and it’s that good. It’s on Netflix now. Go ahead, I’ll wait….

Aziz Ansari has truly struck gold with this series. I feel like not enough people are talking about this. This show does a fantastic job and portraying different cultures, while still not losing focus on the main character, Dev. This show picks up where we left off after season one. Dev starts the series in Italy, learning how to make pasta and trying to get over an ex girlfriend. He see him continue to grow throughout the series, after attending a wedding with his friend, Arnold (Eric Wareheim) to meeting a beautiful Italian woman played by Alessandra Mastronardi.

The Thanksgiving episode was one of the best episodes yet, as it features Dev’s friend, , and what her life was like growing up gay and coming out to her parents. This show does a fantastic job representing cultures and backgrounds from all around and I think that’s why this show works so well. It’s about representation.

New York, I Love You was another solid episode. It actually had nothing to do with any of the main characters but it follows the lives of different people throughout New York with different backgrounds and how easily their lives can intertwine.

I feel like Aziz’s Master of None is a show that allows viewers to just watch folks live. It feels so real, so genuine and at times I can’t help but mimic the same the responses the characters have which make this film that much more  relatable.

This show deserves all the Emmys!

Best Video Game: The Legend of Zelda: Breath of the Wild
(Nintendo) 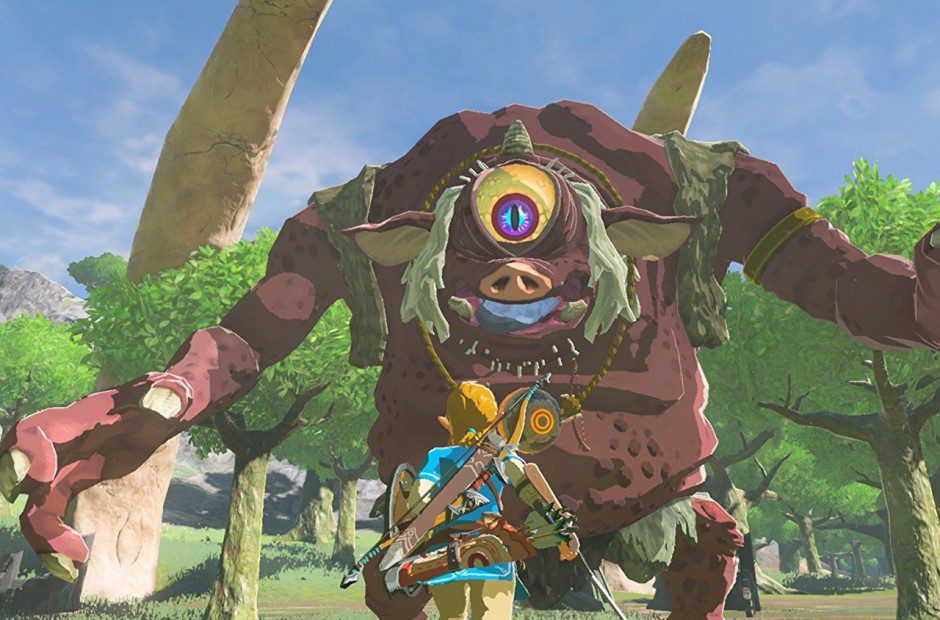 I’ve waited for this moment for years. After being delayed a few times, we finally got it with the launch of the Nintendo Switch in March. The Legend of Zelda: Breath of the Wild is unlike any of his predecessors. This game went above and beyond. This is the first “open world” game of the franchise. You begin waking up in a cave with basically nothing. You will have to climb, run, and fight your way to gaining new weapons, armor and food as you navigate throughout Hyrule. It provides an unprecedented freedom, and no matter if it’s your 1st or 50th playthrough, you will always find something new. This game is truly limitless, with enough skill, you could face the final boss within the first hour of the game. I wouldn’t recommend it though, as you will probably be destroyed. Another amazing feature I loved about the game are the multiple ways to solve puzzles and get out of tricky situations. The game includes a colorful array of characters and races, bringing back some familiar faces such as the Gorons and Zora’s, to introducing us to the Rito race and yes, unfortunately bringing back the Korok. Breath of the Wild will truly stand the test of time and has really set the bar high for future Zelda titles. Personally, I would love to see a direct sequel to this game. Similar to the way Majora’s Mask acted to Ocarina of Time. I wouldn’t mind seeing similar sprites and character models again.

You play as a bad ass archer named Alloy as you navigate throughout one of the most beautiful open world’s to ever in a video game. The game takes place in a post apocalyptic landscape where the world is infested by animal-like machines.  The story unravels as you navigate throughout the game, so don’t be alarmed if you felt like you missed something in the beginning. It’s a great one too, so I won’t spoil it for you. One of the best features of this game is the combat. It plays beautifully as you roll, dodge, tether and shoot at every over sized bot you come across in the game.

I’ll admit I’m so behind on my comic book reading for the year. I have a pretty intimidating stack of comics just waiting for me to read. But of the few I did catch up on, Mystik U Book One from DC Comics by Alisa Kwitney, Mike Norton, Jordie Bellaire, and Deron Bennett, takes the number one spot in my book. I really was not expecting to enjoy this one as much as I did. Think Harry Potter but with our favorite mystical DC characters. I’m a huge fan of Zatanna which was what originally drew me to the comic in the first place. This series is definitely a different look at some of the mystical characters we grew to love of the DC universe. In this series, the characters are actually in college attending a University for Magic. Keep in mind, I assumed right off the bat this was non-continuity and meant to simply be a standalone series. I don’t even know how exactly it would connect with what’s going on with Rebirth honestly but I’m sure time will tell. Mystik U #2 drops January 31st. 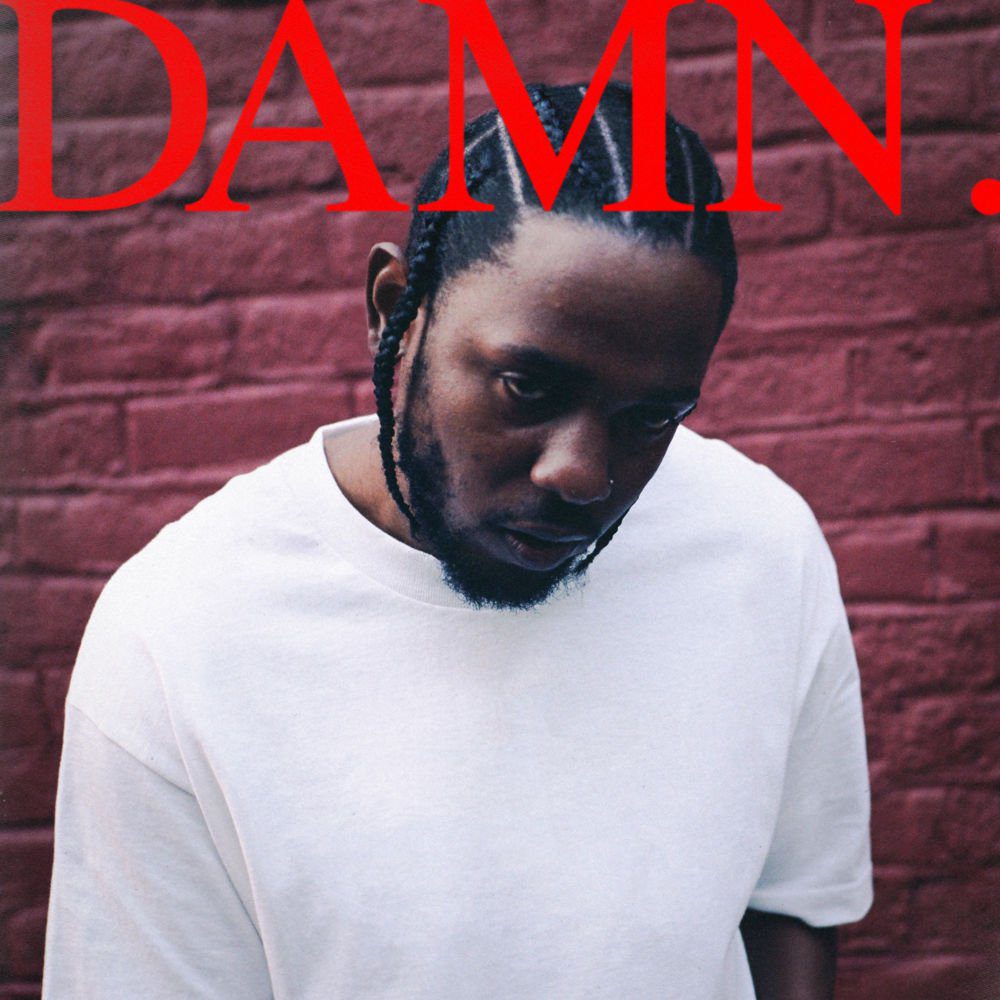 Kendrick Lamar is one artist who will not back down or compromise who he is for his art. Lamar brings it 100% every time with every verse. There is mindless beat-banging, mumbling rap out there on the radio, then there is the genius that is K.Dot. There are very few in the same game, same genre out there today that can hang with Lamar. The relevant rhymer brings us one of the best purposeful, and political conscience records of the year. Kendrick continues to prove why he is one of the most powerful voices in hip hop today.

“We all woke up, tryna tune to the daily news
Looking for confirmation, hoping the election wasn’t true
All of us worried, all of us buried, and our feelings deep
None of us married to his proposal, make us feel cheap
Still and sad, distraught and mad, tell the neighbor ’bout it
But they agree, parade the streets with your voice proudly
Time passin’, things change
Reverting back to our daily programmes, stuck in our ways. Lust!”

We’d love to hear your Best Of! Let us know in the comments below!

Best of 2017 Blade Runner 2049 Breath of the Wild kendrick lamar Legend of Zelda Master of None
Add your voice!Join the conversation on Discord...
Join Our Discord