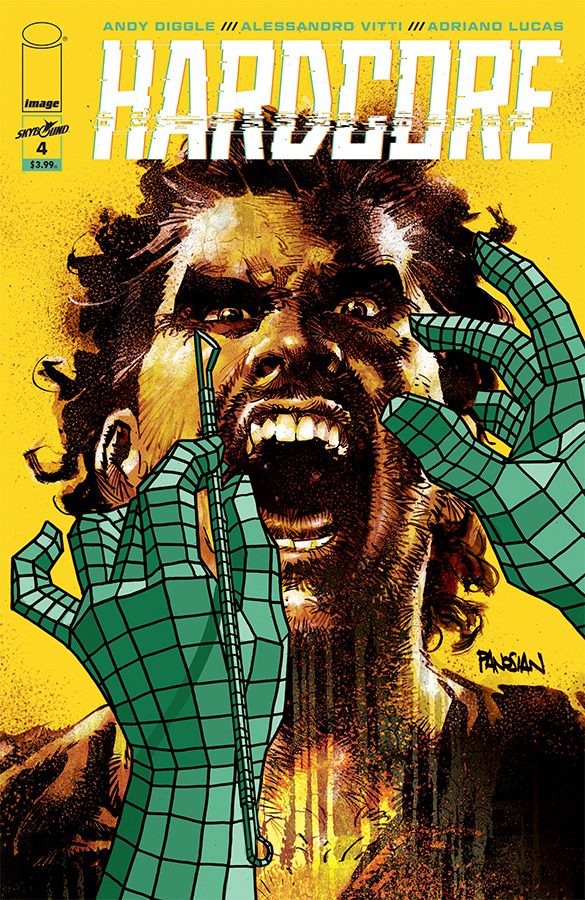 One constant throughout Andy Diggle’s Hardcore has been the cliffhangers from issue to issue. Some have been more captivating than others, but Hardcore #4 may have the most jaw-dropping yet.

Agent Drake continues to defy the odds while still under the control of Esteban’s body. In the process, he’s somehow won over Lupe, the real Esteban’s lover. He even goes so far to make her a promise he knows he cannot keep.

Though the way things are shaping up, it doesn’t look like Drake will have to explain himself to Lupe any time soon.

On the other side of the chaos, Markus’ reckless approach has him surrounded by the federal agents. Yet, he could not seem more relaxed. And the authorities know full well he was responsible for the actions that transpired on Air Force 1.

What’s more shocking about Markus in all of this isn’t how maniacal he’s been. His demeanor and actions have been consistent throughout. It’s the fact the people who hired and fired Markus in the first place didn’t realize how dangerous he was.

Now, killing the president may have been impossible to predict, but the rest of what’s taken place wasn’t. Anyone capable of creating the Hardcore Program has to be considered immensely dangerous. Markus has clearly proven that from start to finish.

The fact no one kept tabs on him prior to these events is astonishing.

The story comes to an end with Hardcore #5 due to come out at the end of April. Diggle can go whichever direction he wants with this. Although Drake has potential, there’s no reason to keep him alive — which should make for a wild ride in the finale.