Hawk and Dove Revealed in New Image from DC Entertainment

After revealing Brenton Thwaites in costume as Robin for the upcoming DC streaming service series Titans, it was only a matter of time before we would begin to see the rest of the cast in costume. 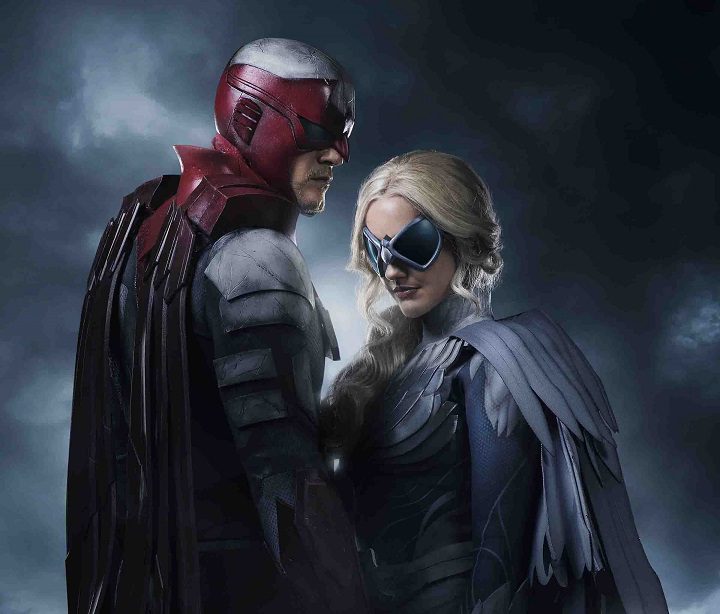 Today, DC Entertainment gave us our first look at Alan Ritchson and Minka Kelly suited up as their alter-egos Hawk & Dove. Laura Jean Shannon, who designed looks for Iron Man and Black Lightning, gets credit for the look of the heroes. Hawk & Dove are cast to only have recurring roles on the series from executive producers Akiva Goldsman, Geoff Johns, Greg Berlanti and Sarah Schechter, but there is a possibility of the duo getting their own spin-off series if Titans is successful.

The series will follow Dick Grayson as he emerges from the shadows of his mentor to become the leader of a fearless band of new heroes, including Starfire, Raven and many others. There are also casting rumors of the producers looking for someone to play Bruce Wayne is what could possibly be flashbacks to Dick’s days as Robin.

Titans is set to premiere on DC’s streaming service in 2018.
@superpoweredfan