Tread lightly as we check out Hello Neighbor at PAX South

At PAX South, we got hands on with the tinyBuild’s upcoming game, Hello Neighbor.

Since it’s teaser debut in September, fans have been long speculating the overall premise and backstory to the game. So far, all that is known is that Hello Neighbor is a steam horror game where you, the player, sneak and maneuver around your neighbor’s house attempting to unlock any secrets he may be hiding. The catch? That neighbor is an advanced AI that learns to counter your every move as the game progresses.

We spoke with Luke Burtis of tinyBuild to discuss the game,

“So this is from mind and designers, Dynamic Pixels, a team of about 10-12 people. Its based on their perception of what an American suburb is. They know most of that sort of thing watching movies, but this is their opinion on what a suburb hell is. That, along with some childhood elements. It always crosses your mind to break into your neighbors house sometime growing up. That, in conjuncture to an American Suburb is what kind of inspired this.”

In regards of what’s to come,

“The idea behind a lot of this is we are going to start feeding additional things for people to be skeptical and talk about within the different builds we release. Maybe we will do things with our twitter. You have have already seen the QR codes that’s already in the game. So you can see some of this stuff piece together throughout the different builds and begin speculating and trying to piece everything together. We’ll keep on doing that for the next six month’s until release. Hopefully we will have some real big announcements in between those whether it’s partnerships or hips and tricks to the story. Maybe you will get further into the basement. Who knows. We did plan to try to do a new outfit every month but that may not be priority at the moment after hearing out fans.”

Although much of the game is being kept under wraps, the Alpha 2 release is available and can be downloaded via Steam. There is no set release date yet but expect the game to hit sometime this summer. This is one game you won’t want to sleep on.

This game is creepy, and addicting. I have to share this personal experience, as I was navigating throughout the house, I walked past the kitchen and the neighbor saw me. The suspenseful music played and I booked it out the front door. I turned around, put on binoculars and was greeted by this face: 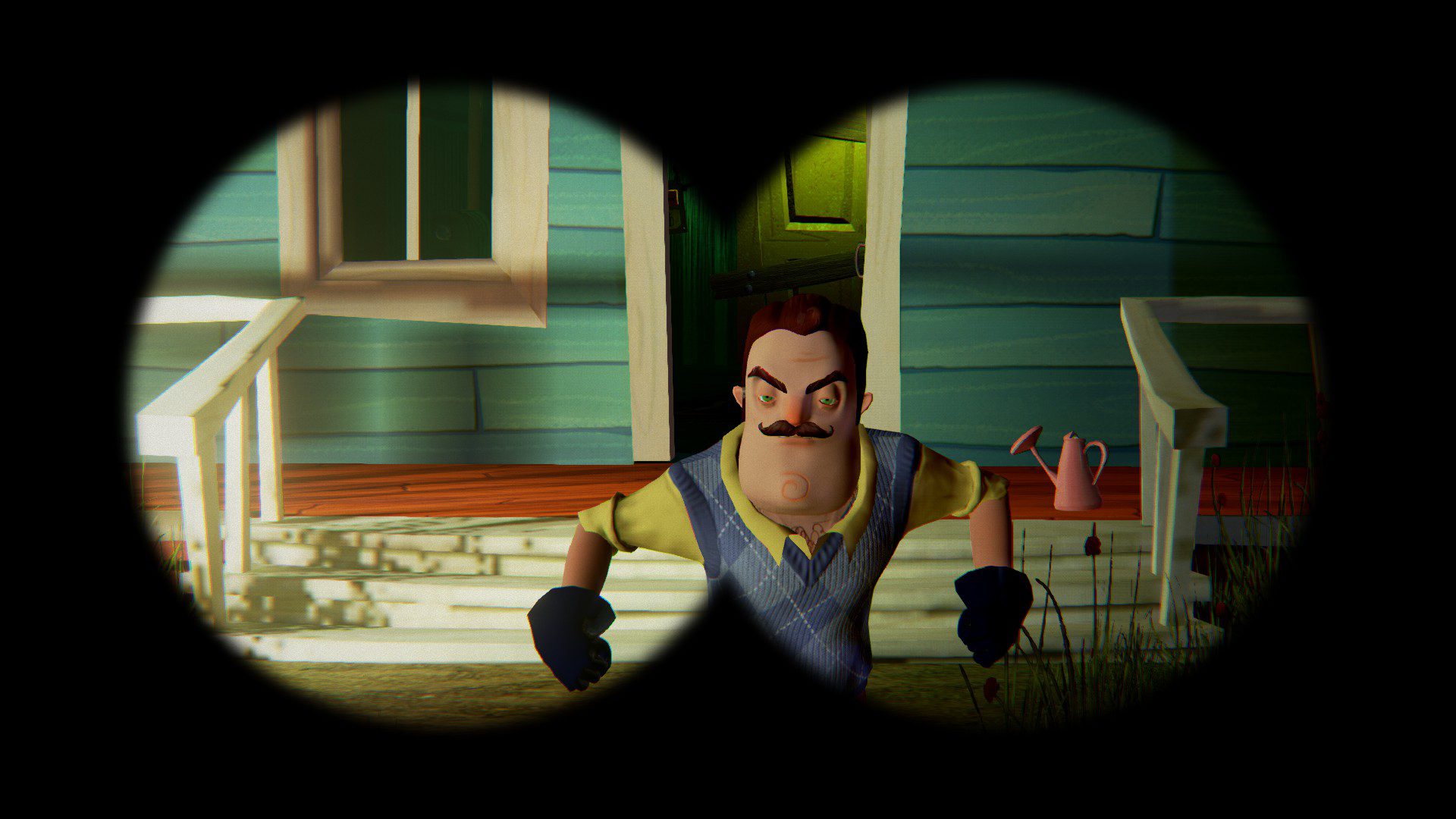 (He then placed a bear trap right in front of the door, while making eye contact with me)