Heroes in Crisis: Who Will Perish in DC Comics’ Next Event? 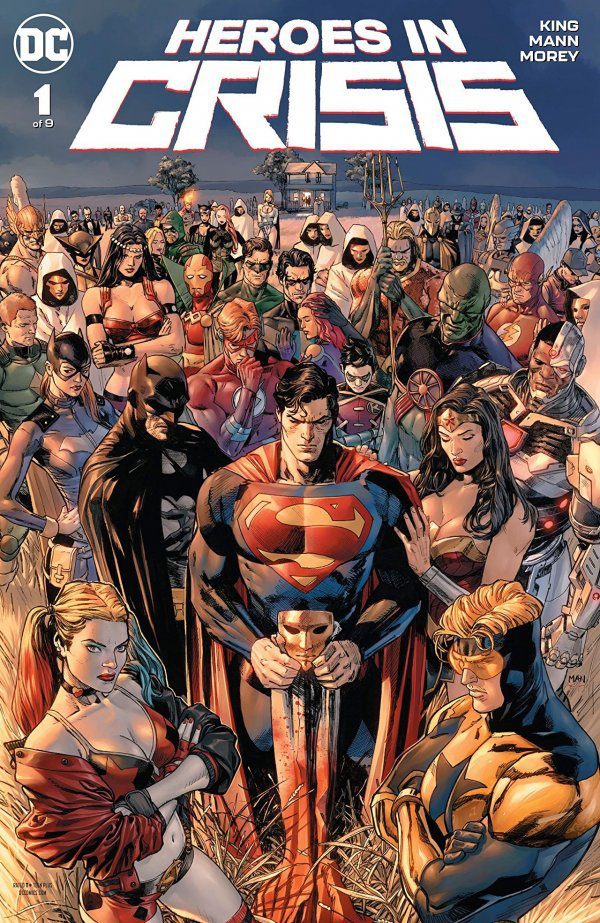 DC Comics’ next major event, Heroes in Crisis, starts this week. In preparation for this seven-series event, DC Nation #4 broke down the event earlier in September, promising there will be some serious carnage.

Heroes in Crisis stars Batman, Superman, Wonder Woman, Harley Quinn, and Booster Gold, and surrounds the Sanctuary, which is essentially where heroes essentially go to sort through their problems.

But what I care about most: according to DC Nation #4, one of the six characters listed below will not make it through this event. And DC was kind enough to show their hand by giving us the odds on each character dying:

I understand the people at DC Nation probably KNOW who will die, but that doesn’t mean they won’t try to mislead us. (Disclaimer: To be clear, I don’t actually KNOW who will die, specifically. I have a hunch, but these are predictions based on my detective work. Which brings me to my second disclaimer: I’m not an actual detective.)

Here’s how I see it:

Her death makes sense. Yet, at the same time, it doesn’t.
With Old Lady Harley starting in October, this could be a reasonable marketing move by DC. But if you’re DC, do you really want to kill one of your most recognizable characters? Harley being one of the main characters in this series in this does concern me a bit, but not enough to say DC pulls the plug on her. She’s safe. In fact, I agree with DC Nation’s assessment, she’s the safest one of this bunch. 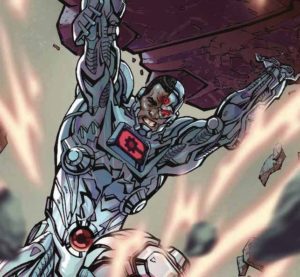 This one’s the most intriguing.
Cyborg is a big player in the DC Universe, in terms of his actual role. However, he no longer has his own solo series. And the death of a character has a way of making fans hungry again. It also allows writers to re-invent the character to take things in a new direction. Or, of course, no one could miss Cyborg, so this would be a way to retire the character, but that’s a reach.
Knowing all of that, this is the kind of move that would shock fans and have an impact on the pages of DC, but probably not leave fans fuming.
This one makes a lot of sense from a business perspective. 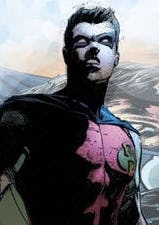 Really? Again? You’re going to kill him again? I recognize he’s the least popular/important of the Robins, and not exactly the most popular of the entire Bat Family, but this would be a bit much.
Had he not already died, I think I would pick Tim Drake above everyone else on this list. But since he has already bit the bullet before, I’m saying he’s the least likely to die.

I could see this one happening, but I’m not sold on it. You’ve got Half Jordan, John Stewart, Guy Gardner, Jessica Cruz, and Simon Baz (though he’s not looking so good lately) who already protect the Earth on behalf of the Green Lantern Corps.
But I don’t know if this will have a big enough effect. And even if DC isn’t looking to make a huge splash, why Rayner? He’s certainly one of the toughest characters to kill on this list, if not the toughest.
It could happen, but I wouldn’t bet on it.

He’s up there with Rayner for the toughest character to kill on this list. For the sake of the Heroes in Crisis story, his death could make things a lot more interesting. Whoever Booster Gold would fight would have to be pretty powerful, and won’t make life easier for the characters who intend to avenge him.
If DC wants to kill one of the main characters in this series, I’m picking Booster Gold over Harley Quinn. Kind of has that “wow” factor because of his capabilities, but his death won’t leave readers too miffed. 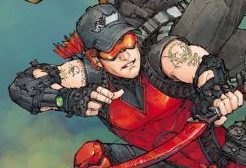 Unfortunately for my guy Roy Harper, he’s the easiest one to kill here. And in every way.
He’s the least powerful. He’s probably the least significant in the grand scheme of things. At the same time, his death will make enough of an impact on some popular characters: Nightwing, Green Arrow and Red Hood. In turn, that could rock some of those characters’ loyal readers, but not in excess. The only thing that helps Roy: he’s too easy a target. His might not make the splash DC is looking for, assuming they’re looking to make one. That being said, he has to be the favorite to die. And if DC decides to kill more than one of these characters, then there is zero chance he survives.

Here are my adjusted rankings and odds:

Who do you think will die from this group in Heroes in Crisis? Let us know your rankings on Twitter @The_GWW.