The Nintendo GameBoy is arguably one of the most important and influential consoles in the history of video gaming. Originally released in 1989, the GameBoy was only the second major handheld system for Nintendo after their initial foray with the Game & Watch. While it would go on to compete with colorized handhelds such as the Sega Game Gear and the Atari Lynx, the GameBoy ultimately maintained its dominant market presence until the late 1990s via a vast catalog of quality titles that still hold up to this day.

Most everyone has taken the time to enjoy the major titles featured on the classic handheld. For years lavish praise has been bestowed upon cornerstone titles like Super Mario Land 2: 6 Golden Coins, The Legend of Zelda: Link’s Awakening, and a little game called Pokemon and all of this is deserved, but what about the leftovers? There were nearly 1,100 games for the Original GameBoy alone and hidden in that high number are quite a few gems that are easy to miss. We at The GWW take pride in reminiscing on systems past (take a look at some of our previous features) so without further ado let’s check out a few cartridges that didn’t get the love they deserved.

Ninja Gaiden is one of the premier titles on the NES and its GameBoy counterpart was criminally underappreciated. Most commonly known as Shadow Warriors, Ninja Gaiden Shadow is a prequel to the original Ninja Gaiden. This adventure finds ninja extraordinaire Ryu Hayabusa on a mission to protect New York from an evil gang. Ninja Gaiden Shadow was originally planned to be a Game Boy adaptation of the excellent NES game Shadow of the Ninja, however, plans were changed mid-development to capitalize on the popularity of Ryu’s adventures.

The beauty of Ninja Gaiden Shadow is that it’s a near perfect handheld port of its console counterpart. Graphically the game is head and shoulders above any other NES/GameBoy port. The sprites are large and crisp, enemy motion looks good on the screen, and each level is a well-designed crash course in quintessential side-scrolling games. Besides the graphics, Ninja Gaiden Shadow also corners the market on tight controls, a staple of the series. Ninja Gaiden is arguably one of the more difficult Nintendo games but the difficult platforming was offset by magnificently implemented mechanics and physics, allowing players to gain a sense of mastery as opposed to other NES games that required lots of luck. This is the perfect hidden gem for fans that can’t get enough of the Ninja Gaiden series. 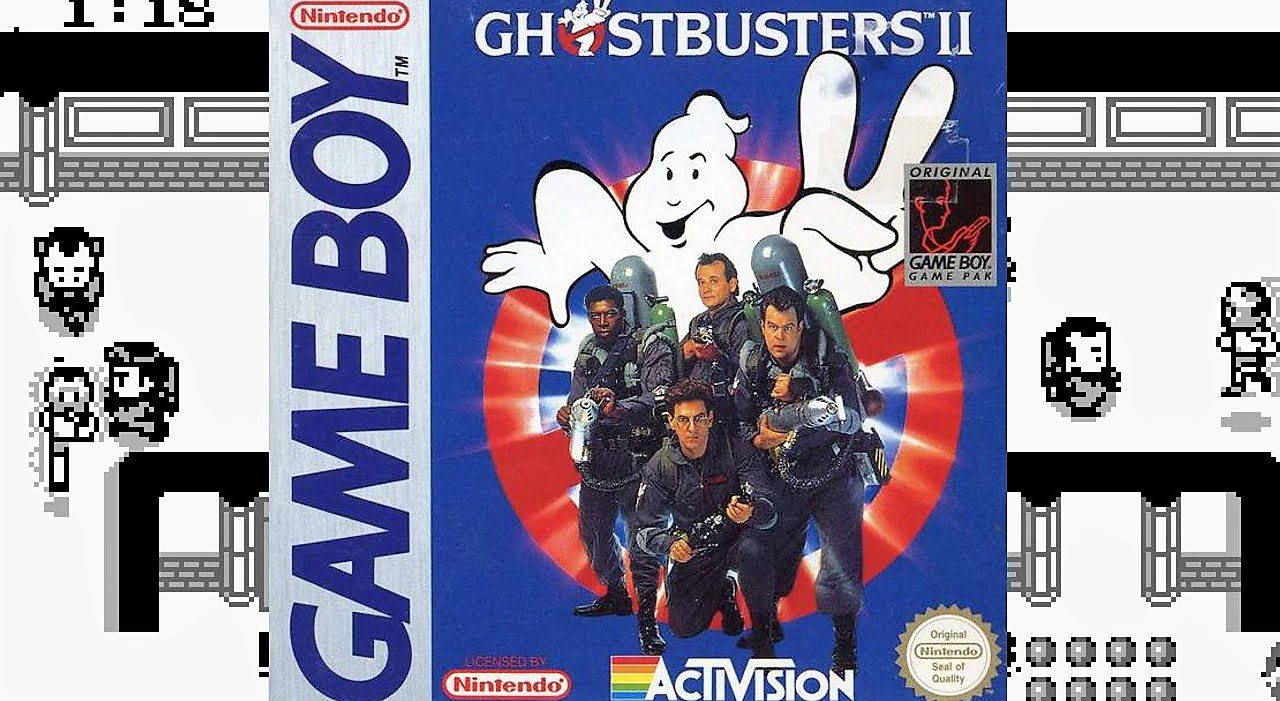 It’s no stretch to say that licensed games are notoriously quickly made unplayable cash grabs. Games are often designed with no regard to actual playability, only character likenesses, and marketability, and in this mess, Nintendo’s first handheld might be the biggest offender. Licensed GameBoy ports were developed quickly and cheaply with no intent to be sold to anyone but young children. Fortunately, famed developers Activision and HAL Laboratory had a different idea when it came to a movie game.

The creators of the Kirby and NBA Jam franchises teamed up to make what is probably my favorite Ghostbusters game.  All four-team members are playable characters with the player controlling two Ghostbusters at once. The top-down view, similar to Smash TV and True Lies, shows your team traversing different environments with the goal of stunning and trapping different ghosts. The mechanics are simple, one character stuns with a beam while the other traps the ghost, but it’s the escape and capture strategy that makes this game worthwhile. Also, at four and a half hours the game has a long enough play time to keep things interesting. Get your Ectomobile on the streets and pick up Ghostbusters 2 before it’s too late.

Based on the 1991 arcade game of the same name, Avenging SpiritGameBoy. The game begins with your character enjoying a nice romantic evening with his girlfriend when suddenly some goons show up, shoot him, then kidnap his lady friend. Yeah, things get real pretty fast. Now a spirit doomed to wander between worlds, it’s your job to use your ghostly powers to possess the bodies of your enemies and rescue the damsel in distress.

The possession mechanic is the main draw of Avenging Spirit. Much like Kirby, you can use the abilities of different enemies to combat your way across the environments. Once the body you’ve inhabited is killed, you are left with a short amount of time to inhabit the next body and continue your journey. Similar to the flower meter in Yoshi’s Island, a running meter keeps track of your time spent as a ghost. Too much time out of a body and it’s a quick game over. Swapping bodies adds a great layer to the game’s replayability as it allows players to choose different powers and use multiple strategies to defeat bosses. Avenging Spirit is a must play for all of you GameBoy fans out there.

Of all the games on this list, Mole Mania might be the most well-known simply because of its amazing pedigree. Led by Masayuki Kameyama, the man responsible for the phenomenal GameBoy version of Donkey Kong, and stewarded by Miyamoto himself, the team at Pax Softnica strove for excellence in their development of this beloved puzzle game.

The adventure follows Muddy Mole as he races to save his wife and seven children from the clutches of Farmer Jinbe. Each level finds Muddy navigating his way through a series of mazes and obstacles all while pushing, pulling, and throwing a black ball that is the key to completing each level. Muddy Mole can dig his way around obstacles and herein lies the challenge of Mole Mania; your choice of digging spots can help complete the puzzle or prevent you from finishing the level. Mole Mania plays from an overhead perspective. Although in each room you have to destroy all the foes to progress, the game is much more puzzle-oriented than it is towards action. Unfortunately, Mole Mania didn’t get the praise it deserved due to it being released four months after Pokémon first hit the shelves (ever heard of that one?). It may seem simple, but Mole Mania is great fun for fans of the puzzle genre.

The Adventures of Star Saver might just be the most difficult game on this list. The story centers on a policeman named Tony that is forced onto a spacecraft, sent to a far away planet, and then forced to fight off an alien invasion. Trapped on a dangerous planet, Tony’s only hope for survival is a mech suit recovered from the alien villains.

This side-scrolling shooter features unique enemies akin to those found in Earthbound, including dogs and musical notes. Bouncing around each level acquiring power-ups for the mech suit is a blast, however, the difficulty of The Adventures of Star Saver can be quite jarring (even as an accomplished gamer I struggled through the first level). One hit kills can easily put a damper on the fun but once you get used to the tight maneuverability of the mech it quickly becomes more manageable. If you have an affinity towards Mario style space shooters then The Adventures of Star Saver is the game for you.

What are you favorite GameBoy games? Do you have a favorite hidden gem? Comment below and stay tuned to GWW for more video game news and fun.