Highlights from the Long Shot Q&A at SXSW

During SXSW, the cast hosted a Q&A session after the premiere of Long Shot to discuss the film.

The panel itself was hilarious. Jonathan Levine admitted early on he was drunk and nervous about the film, which was quite humbling. “I’ve been drinking the whole movie, I was nervous that you guys were going to hate it. It seemed like you liked it.” The rest of the cast laughed and may have been on a similar level as Jonathan that night.

Levine stated, “Anytime you work with these guys, it’s incredibly collaborative. We all volunteer our ideas. Everyone brings something to the table and that’s something about the process that Seth created that I jumped into on 50/50.”

He added, “Every single actor here has talked through a scene, volunteered their own jokes. Some of the best jokes in the movie are jokes that are not on the page. It’s incredibly clever.”

Charlize seconded the drunk notion, “I don’t know why I have a mic because I’m drunk too.”

Seth Rogen added, “We were all nervous, I don’t know what to tell you guys.”

Charlize discussed what it was like taking on a role like this as well as working with Seth, “I usually die in my movies or kill people in my movies or get assaulted,” said Theron. “This is not my wheelhouse, but I’ve been like a sincere fan of Seth Rogen’s. I’ve watched everything that he’s touched and never in a million years did I ever think I would be in a movie with him, so I’m hashtag blessed.”

She also added, “I’m always looking to do different things, because I get bored, And this was challenging for me. I had a horrible fear that I’d be in a Seth Rogen movie and be the girl that stands there. Everyone involved in this gave me their word they would create a character that meant something. And they fucking kept their word.”

The Q&A was hilarious on it’s own to watch unravel however, this wasn’t the best part of the evening. It wasn’t until Seth Rogen took over the mic to announce a surprised for the fans. Now, for those who haven’t seen the trailer yet, in the trailer for Long Shot, Boyz II Men make an appearance. Well, it turns out the R&B band also made an appearance at the Q&A as well as the audience, myself included, roared with cheer. The band first performed their hit “Motown Philly” and immediately had the crowd in this massive theater on their feet. They played a second song, “I’ll Make Love To You”, where they threw roses into the crowd as well as serenaded Charlize Theron, who was dancing and singing at the side of the stage alongside Seth Rogen.

You can check out the Long Shot Q&A in it’s entirety on Youtube.

Also, be sure to check out our review for Long Shot, here.

The @LongShotMovie premiere was crazy y’all. The movie was fuckin Hilarious! Then during the Q&A, Seth and the gang surprised the crowd with a performance from Boys II Men. Oh👏🏽shit👏🏽#SXSW2019 #LongShot pic.twitter.com/VYgMJlRbOl

Check out a clip from the performance below:

Check out some of my images from the Q&A below, also if you are interested in checking out my full album during SXSW then be sure to head to Flickr. 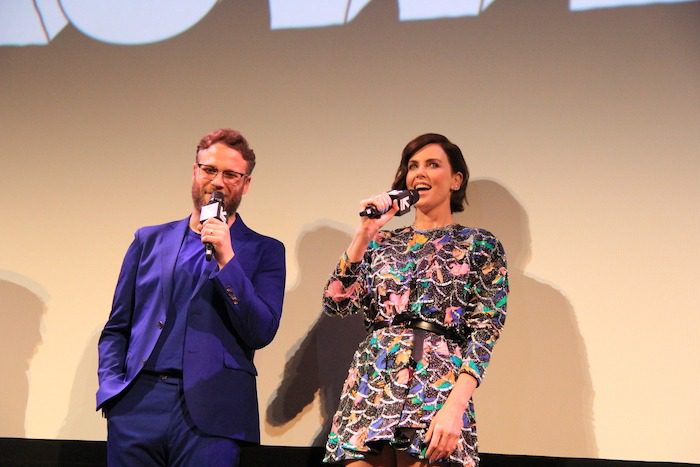 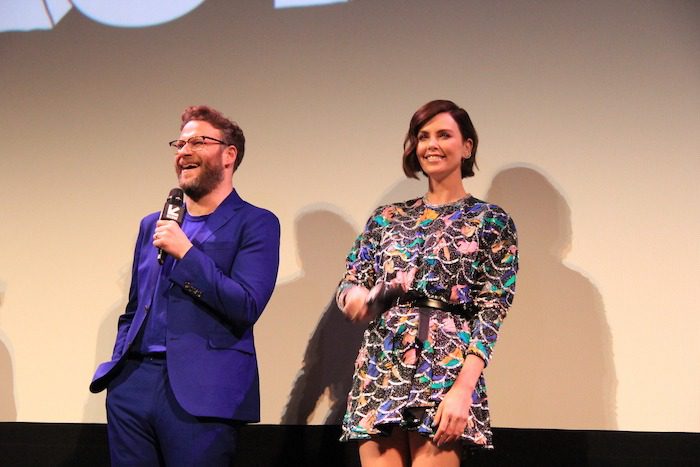 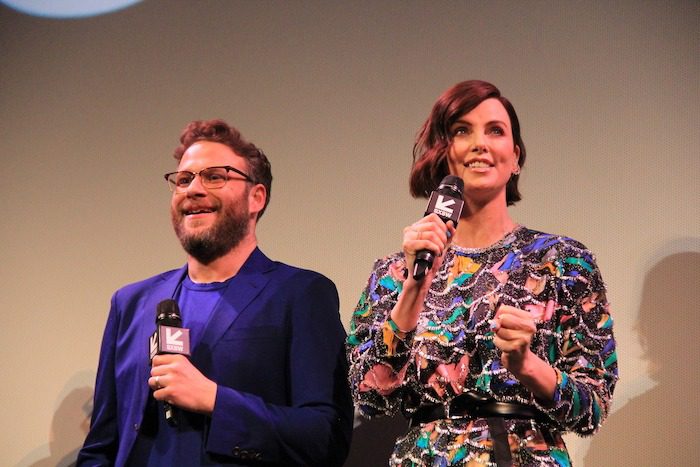 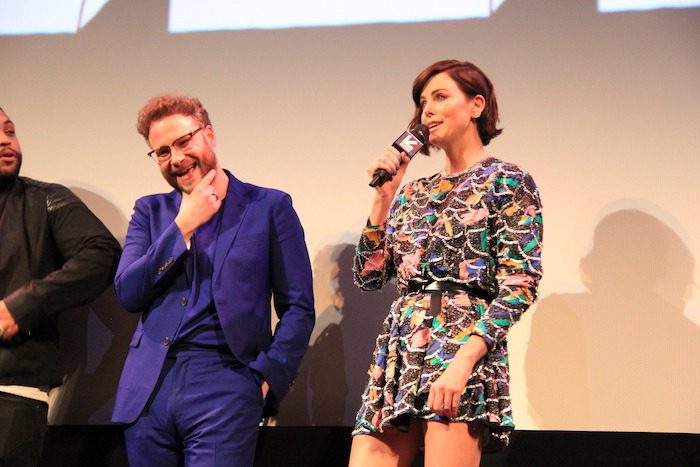 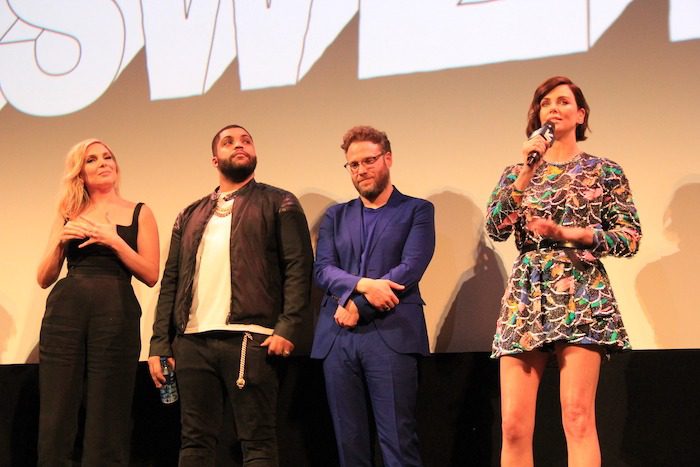 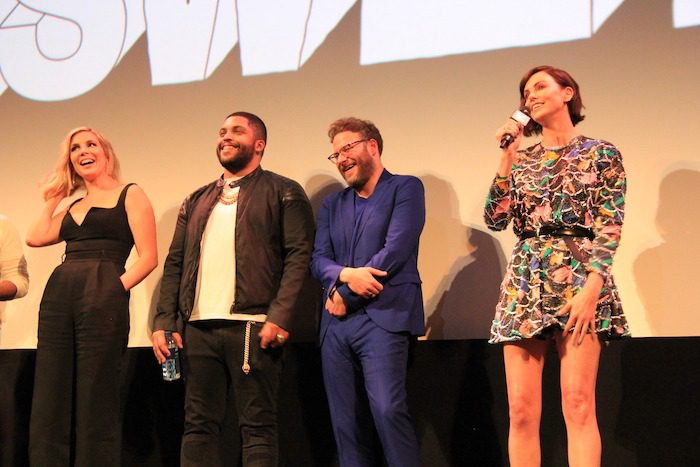 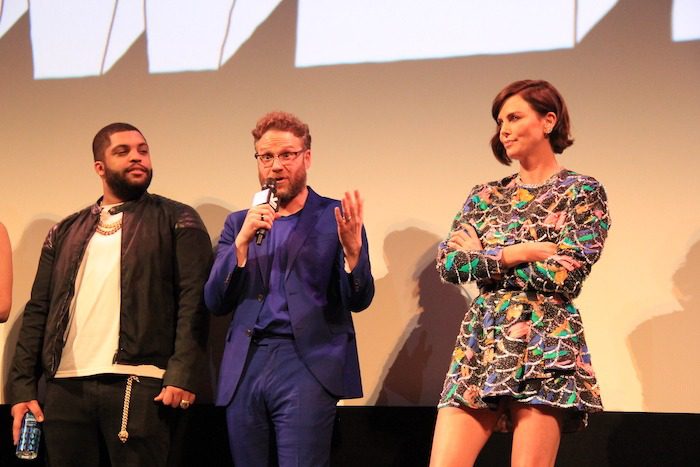 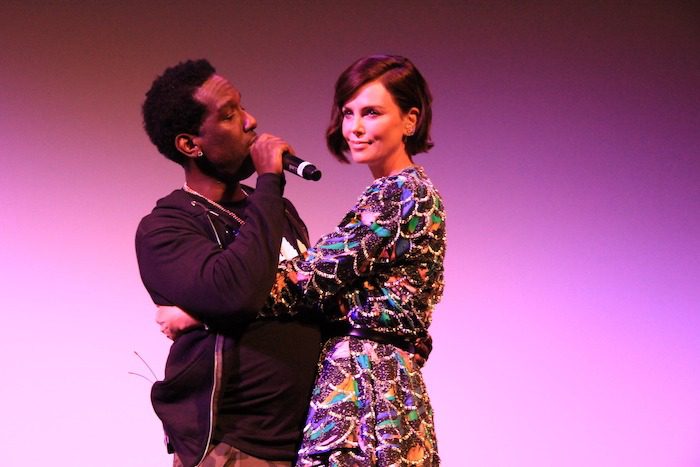 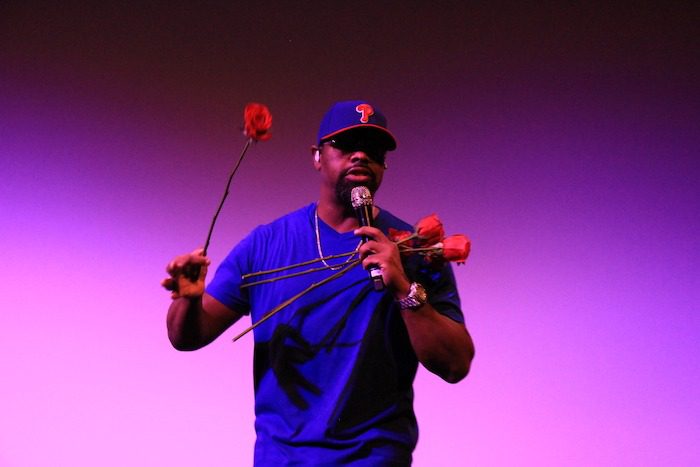