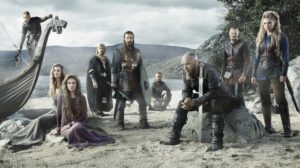 Additionally, HISTORY’s new scripted drama “Knightfall” which centers on the elite and mysterious military order of the Knights Templar, starring Tom Cullen, will make its SDCC debut with a “Knightfall: Guardians of the Gear” outside activation and a “Knightfall” inspired comic book entitled “Truth & Lies.” 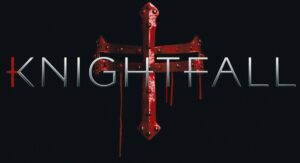 Please see details below and join in on the conversation by using #VikingsSDCC @HistoryVikings and #KnightfallSDCC.

VIKINGS FUNERAL – Friday, July 21 from 7 p.m. – 8 p.m., Embarcadero Marina Park South
A one-day event to honor Ragnar Lothbrok and other beloved characters who have recently risen toValhalla. The Vikings funeral will begin with a procession throughout the Gaslamp Quarter in the early afternoon from noon – 5:45 p.m. The funeral will conclude with a waterfront ceremony beginning at 7 p.m. featuring a floating 45-foot replica Viking long-ship with pyrotechnic display. Cast will be in attendance. Ceremony will be held behind the Convention Center at Embarcadero Marina Park South (200 Marina Park Way).

VIKINGS HORNS
The popular “Vikings” drinking horn program returns, giving thousands of horn-shaped beer vessels to eager and thirsty fans. Select bars will offer special drink discounts for horn holders. Please follow @HistoryVikings for a complete list of participating locations. The horns will be made available to fans who attend the Vikings funeral event on Friday, July 21 at 7 p.m.

VIKINGS “WARRIOR’S ALLEGIANCE” CONVENTION CENTER BOOTH – July 19-23 – Booth #4215
A new generation of warriors is rising in the Vikings world and fans have the opportunity to be immersed in it by showing off their swordplay in a video booth. Fans will get into character by selecting their weapon of choice and garbing themselves in Viking gear. A time-slice camera array will capture footage of each fan demonstrating their best battle moves with Ragnar’s sons – Bjorn, Ivar the Boneless, Ubbe and Hvitserk. Video will be available to share on social platforms.

Also available to fans while supplies last is a custom “Vikings” limited edition comic book from a story created by Michael Hirst, exclusively for SDCC.

Additionally at the activation location, attendees will get to take a photo with the Knights Templar, watch a sneak peek of HISTORY’s newest drama series “Knightfall” and preview the Knightfall: Rivals video game on Steam Platform™, coming soon on mobile. Attendees will also be able to pick up a comic book from Titan Comics inspired by “Knightfall” entitled “Truth & Lies,” a prequel to the events in the forthcoming series that follows the Knights during the siege of the Acre in 1291 as they try to protect the most important relic in all of Christendom – the Holy Grail.