How to get the maximum points on Cube Solitaire? 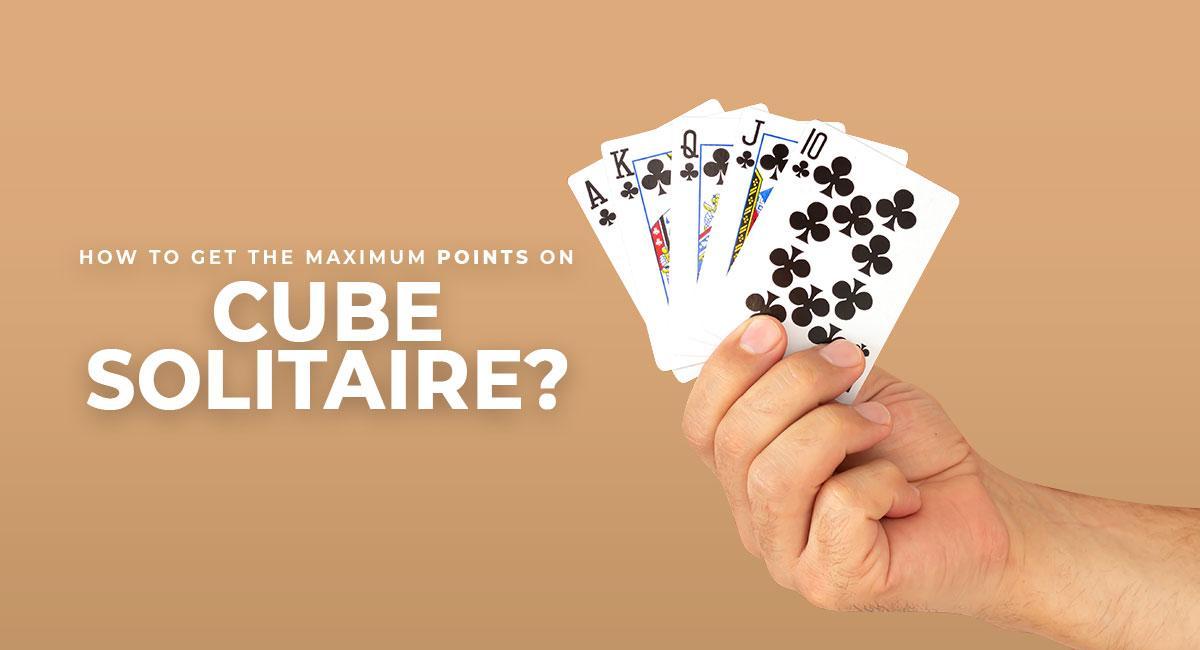 The humble Cube Solitaire is the best card game ever invented. There’s no other game offering endless hours of entertainment and exercise for your brain, along with the possibility of earning cash rewards for your performance. Thanks to the proliferation of smartphones, the classic card game had to crossover to the online gaming arena and quenched the thirst of casual and professional gamers.

Yes, you can play online Cube Solitaire for money. Do you see the stakes rising? It’s no longer only about beating your opponent, but there are legitimate winnings on the line. You can know more regarding cash contests, tournaments, and 1V1 or 1VN battles by downloading the app on your mobile device. Once downloaded, you are free to carry the game in your pocket and get your fix of entertainment whenever, wherever.

If you wish to earn side money playing Cube Solitaire, you must check your state’s regulations. Unfortunately, all the states in the US haven’t allowed money-making games, and there are a few restrictions. But if your state permits earning money via mobile gaming, you need to strap up and come prepared when you open your Cube Solitaire app.

Here are a few tricks and tips to help you get the maximum points to beat your opponent.

In Cube Solitaire, the game’s board is divided into the foundation pile, the tableau, and the stockpile. The tableau contains seven piles of twenty-eight cards, and the remaining twenty-four cards are in the stockpile deck.

If you’ve played Solitaire before, you must be aware the game’s all about keeping your options open. At the beginning of the game, you only have the cards facing up on top of the seven piles. But that’s not enough, and you need to create more options. And how can you do that? By drawing from the stockpile deck and revealing more cards.

So, remember not to start your game by moving the face-up cards, and it is crucial first to create more options, and then you can start playing the game. After all, you only have five minutes to score enough points to beat your opponents.

The stockpile deck contains the remaining twenty-four cards and while it is a good strategy to start your game by drawing cards from this pile, stop yourself from drawing more than three times at a time.

You can fully draw from the stockpile deck three times. If you draw four times or more, you’ll lose twenty points from your score. During cash tournaments and battles, you cannot afford to lose any points. Focus all your attention on scoring points.

As mentioned, Cube Solitaire is about opening as many options as you possibly can. You have to create the proper sequence in descending order to transfer the cards to the foundation or discard pile. Players get 500 points with every correct set created in the foundation pile. So, start from the piles that have the most cards.

Simply put, prioritize the piles that have more cards and start from there.

Do you see Aces? Please don’t wait to move them to the foundation pile. Since they are the lowest in the pecking order, there’s no need to leave these cards on the board. Aces won’t benefit you anywhere else in the game.

Emptying a column is important because the empty space can be used as temporary storage for cards when you’re transferring a set to the foundation pile. But, it isn’t wise to empty columns unless you have a King card, and no other cards, except the King, can occupy the empty columns.

On your Cube Solitaire playing board, you’ll notice the undo button on the screen’s bottom. The undo button has a crucial function to play in the game, and it can be the difference between winning or losing the battle. There will come situations when you have two or three moves in front of you, but you are unsure which move will benefit you the most. That’s where the undo function comes in handy. Go ahead and play one of the cards, and if it doesn’t help you, tap the undo button and retrace your step. You’ll get the opportunity to play a different move without losing a move.

Cube Solitaire is a game of puzzles, and there’s no way of telling if you’ll win every game. Some of the games are unwinnable. However, there’s a way to lose the game but still win. End the game as soon as you realize you cannot win it. If you wait too long, you’ll lose out on time bonuses and may even receive point deductions for drawing more than four times. It is a wise tactic, and it can sometimes help you take the bounty.

For players who are interested in practicing Solitaire online before diving into playing Cube solitaire, there are several websites available to play solitaire online for free.

With over 300 games available to play, Solitaired.com is perfect for learning how to play solitaire in a low-stakes environment. Play against the computer or opt for multiplayer mode to challenge your peers. You have the ability to customize your games as well. For instance, choose only winnable games, undo moves, and redo moves.

Solitaire Bliss includes 28 solitaire games to play online for free. These include nine distinct game types as well as multiple variations of each game. For instance, when it comes to classic solitaire, some options are Solitaire turn 1, turn 3, Westcliff, Harp, and Canfield.

This website introduces new players to the game of Solitaire, while also encouraging more seasoned players to continue to hone their skills. There are guides on how to play as well as different strategies for improving. In addition, the site includes a variety of game types, such as Christmas and Easter-themed solitaire games.

Use these tips when playing Cube Solitaire and see vast improvements to your scores. Also, don’t forget to engage in practice games to sharpen your skills.