If you Liked A Quiet Place Then Try…

If… Then: If you liked A Quiet Place (and were disappointed by the delay for A Quiet Place: Part II), then give these works a try: 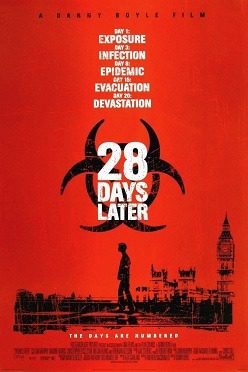 28 Days Later: It’s been said that rage is like a disease. Danny Boyle’s 28 Days Later makes the metaphor literal by having a rage-inducing virus at the center of its apocalypse. Featuring Cillian Murphy, Naomi Harris, and Christopher Eccleston among others, 28 Days Later is an unbearably tense, brutal horror that also works as a political allegory. Here, the rage-infected humans are terrifying. But they cannot hold a candle to the humans who can still think. (Hulu)

Aliens: James Cameron’s Aliens is a film that takes the tense, dark, claustrophobic atmosphere of Ridley Scott’s masterpiece Alien and applies it to an action movie. What results is a rollicking action-adventure/horror film that’s anchored by Sigourney Weaver’s implacable Ellen Ripley. Here is where Weaver so strongly embodies the tough but motherly persona for Ripley that she earned an Oscar nomination. The atmosphere is why the Alien Queen is so terrifying. And the way Weaver delivers the line “Get away from her you bitch!” is what makes it so very satisfying. (HBO)

Halloween (2018): John Carpenter’s original Halloween is one of the classic examples of the horror genre. It laid the groundwork for many horror tropes we are familiar with today, such as the masked slasher and the idea of a final girl. But none of its sequels came close to capturing the same energy the first film had. Until the 2018 sequel of the same name. Jamie Lee Curtis once again takes up the role of Laurie Strode, but plays her less the scared teenage girl from the first film and more Linda Hamilton in Terminator 2. But for all her preparation, she still has to contend with the fearsome presence of the Shape, Michael Myers. The humor in it can occasionally feel spotty or misplaced, but the performances of Curtis, Judy Greer as her daughter, and the terrifying presence of Michael (here embodied by James Jude Courtney) are more than enough to keep us occupied until the brutal climax. (Cinemax)

The Host: Bong Joon-ho is as popular as ever thanks to his Best Picture winner, Parasite. But Parasite was only the latest of his impressive filmography, which includes the 2006 monster movie, The Host. It begins as an entertaining, thrilling creature feature with a terrific monster at its center. But as with most Bong Joon-ho features, it soon reveals a deeper, more politically nuanced subtext at its center. If you’ve seen Parasite and are wondering where you should look next, there are few better places to start than here. (YouTube, Hoopla)

Hush: Home invasion thrillers are a dime-a-dozen. What makes Mike Flanagan’s such a compelling watch is his protagonist. Maddie is a deaf woman who lives by herself in a secluded home. It’s a peaceful life until she is made the target of a stalker. From then on, Maddie must rely on her wits, determination, and ingenuity to survive through the night. She may be deaf, but as the film makes clear, it is not something that leaves her helpless. Whatever hearing she lacks she more than makes up for with her other senses. (Netflix)

The Invitation: This is an unfortunately difficult film to discuss, as to discuss it at all would be to give away what makes it so entertaining. But as a viewer, all you need to know is this: Karyn Kusuma is a woman who knows how to direct a scene. Whether it’s the visceral awkwardness that comes with dining with an ex, or the devastation of being surrounded by memories you wish to forget, Kusama never lets a single moment in The Invitation go to waste. Something that makes the film almost unbearably gripping. (Netflix)

Near Dark: Kathryn Bigelow’s vampire western is one of the more hard to find vampire films. Which is a crying shame, because just watching it is to see the long shadow of influence it’s cast over vampire cinema. Through the eyes of Caleb, we bear witness to a group of vampire who murder, steal, and commit arson in 90 minutes of runtime. But at the same time, Bigelow makes them feel strangely human and family like. More than their crimes, the vampires are bound together by their loyalty to one another. Characters like Bill Paxton’s Severen and Lance Henriksen’s Jesse in particular feel like they were ripped from a Sam Peckinpah movie. In fact, it’s implied that they lived through the events that inspired Sam Peckinpah movies. Combined with the Tangerine Dream soundtrack, Near Dark is a trippy genre mashup that could have only come from the 80s. (Criterion) 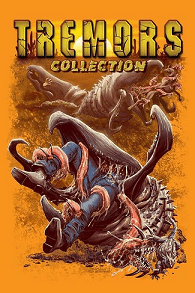 Train to Busan: Zombies films are ubiquitous at this point, and for good reason. Zombies are just human like enough to be scary, and are endlessly flexible as metaphors. Unfortunately, having so many zombie movies also means that there are many bad zombie movies. What makes Train to Busan such a strong example of the genre isn’t just the endless nail biting action. It isn’t just that it oscillates easily between scary and terrifying. Its main strength is the emotional tether at its center through its father and daughter protagonists (Gong Yoo and Kim Su-an, respectively) and their companions on this journey. Particular note should go to the heavily pregnant Seong-kyeong (Jung Yun-mi) and her husband, the fierce but loving Sang-hwa (Ma Dong-seok). It’s a supremely entertaining work, and one that shouldn’t go unnoticed. (Netflix, Shudder)

Tremors: There are few actors more reliably likable than Kevin Bacon. And there are few movies where that is on bigger display than Tremors. Set in the small Nevada town of Perfection, Bacon plays an intelligent but underachieving blue collar worker who suddenly finds himself in the middle of an attack by subterranean creatures. While it adopts a much more comic tone than other entries on this list, Tremors is nevertheless a delightfully fun B-movie-esque adventure. Whatever it may lack in sheer minute-to-minute tension it more than makes up for in witty dialogue and endearing characters. (Netflix)

War of the Worlds: Steven Spielberg been a master of the action set piece. This is especially evident in this 2005 film starring Tom Cruise. Whether it’s the opening sequence where the terrifying power of the aliens’ technology is put on full display or the scene wherein Cruise and his daughter (Dakota Fanning) must hide from an alien camera, Spielberg always knows how to wring just the right amount of tension out of a scene for just the right amount of time. He’s more than ably helped by Cruise, who’s always reliable as a man in peril, and by Fanning as his daughter. While Spielberg occasionally allows his more sentimental side to get the better of him, he never lets us forget how terrifying an alien invasion can truly be. (HBO)

10 Cloverfield Lane: There are few films that can quite complement A Quiet Place as well as 10 Cloverfield Lane. The former tells the story of how threats outside serve to strengthen the bonds of a family beset by them. The latter tells the story of the tensions that develop in a group of strangers beset by them. There’s quite a bit to compliment for 10 Cloverfield Lane, but the film’s biggest asset is the performance of John Goodman as Howard Stambler. He’s onscreen for nearly the whole of the movie’s 104 minutes. And whenever he appears in a scene, there is no question he commands it. (VoD)

Doctor Sleep: The legacy of family trauma takes a central focus in Mike Flanagan’s sequel to The Shining. Which Shining this film is a sequel to (Stephen King’s or Stanley Kubrick’s) is left ambiguous. Instead, Flanagan wisely chooses to use his film to be a conversation between the novel and the film. By referencing elements of Kubrick’s classic film, King’s classic novel, and working in his own unique sensibilities as a filmmaker into his adaptation of King’s sequel, Doctor Sleep becomes more than just a sequel to classic work. Flanagan makes it into a statement on the nature of trauma and how one learns to live with it. (VoD) 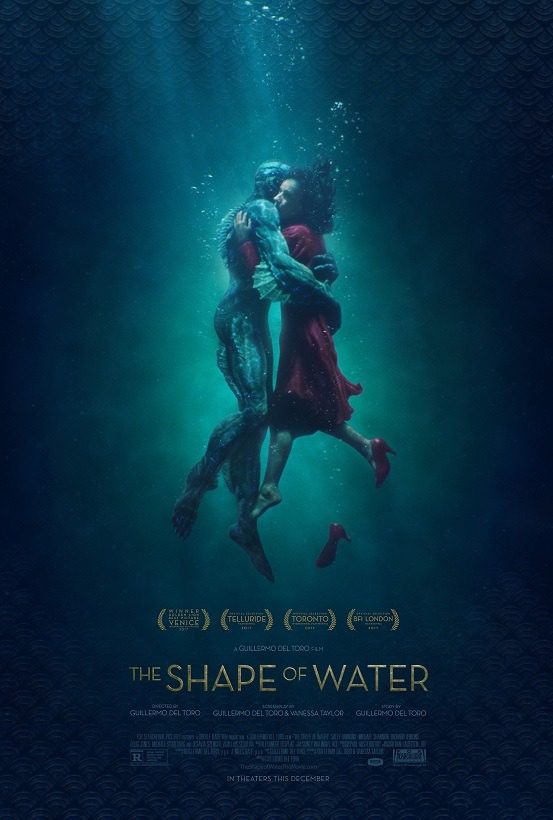 The Shape of Water: One of the greatest strengths of The Shape of Water is its reliance on visual storytelling. While Elisa (Sally Hawkins) and the Amphibian Man (Doug Jones) never actually speak to one another, the love they feel for one another is palpable from the minute their eyes meet. Through touches, signings, and a good deal of visual aids, we come to believe how these two figures, who come from literal worlds apart, find it in themselves to connect on a spiritual level. (VoD)

Shin Godzilla: Godzilla has always worked best as a timely metaphor. While I positively adored both Godzilla 2014 and Godzilla: King of the Monsters, it’s 2016’s Shin Godzilla which honors the spirit of the 1954 classic. Here, the focus isn’t just on the titular kaiju, but on the Japanese government and the layers and layers of red tape the bureaucracy must work through in order to provide necessary aid to those affected. It’s a riveting, often frustrating watch because it rings so true to the world we live in today. For those looking to a series to watch after the HBO masterpiece Chernobyl, there are few better follow ups than this one. (VoD)

The World’s End: Armageddon may be imminent in Edgar Wright’s sci-fi tale, but that will do nothing to stop a legion of friends on their quest to fulfill the fabled Golden Mile, a 12-bar length pub crawl that finishes with a pub called The World’s End. Of course, as the evening evolves and slowly descends into chaos, the four friends come to realize that this pub crawl of theirs may have more than their personal respectability at risk. Soon, they realize that the fate of the world rests on their ability to power through the rest of the Golden Mile. (VoD)

Honorable Mention: The Tribe: This one, admittedly, comes with a caveat: it is by far the harshest, most brutal entry on the list. That said, it is also one of the most masterful. The Tribe is a film set in an academy for the deaf in Ukraine, where a boy falls in with the school’s criminal element. All the dialogue is handled through sign language, and there are no subtitles to help make sense of the story. However, the visual side of the film is more than enough so that viewers are never wholly lost in the silence. Whenever that silence is broken, whether through a bell, a crunch of snow, a slap, a broken bottle, or an act of brutality, we are unable to tear ourselves away. The Tribe may not have any dialogue, but it will leave you speechless all the same.