If You Liked Mulan, Then Try…

Cinephiles are having a tough go of it right now. Between the numerous theaters that have closed down and the many, much-anticipated blockbusters that have been delayed indefinitely, there’s a void where the theater going experience used to be. Thankfully, streaming services have given us numerous options to fill that void. For every week that would have seen a given blockbuster release, I will be recommending similar films that can help tide you over in the meantime.

Mulan was slated to be released on March 27 before it was pulled off of Disney’s release calendar. To fill the disappointment left by that film’s absence, here are a number of films handily available on the listed streaming services!

There are few filmmakers who have a style as beautiful as Zhang Yimou. Since making his debut with Raise the Red Lantern, Yimou has made a name for himself with his gobsmackingly gorgeous taste cinematography and art direction. This sense of beauty served him well in his takes on the wuxia genre, some of the most famous being Hero and Shadow. However, it’s his 2004 film House of Flying Daggers that is the most dazzling. It’s not in its misty forests, dance-like fight choreography, or lovely costumes that the film finds its soul. Its soul is found in using all of these elements to tell a riveting, tragic love story of a blind female assassin torn between her honor and her love. It may be the sets and the imagery why we first find ourselves glued to the screen. But it’s because of Ziyi Zhang’s performance as the assassin that we keep watching. (Amazon Prime/IMDb TV) 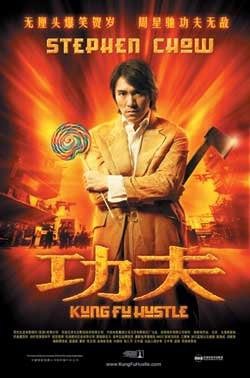 Donnie Yen was not an unknown quantity before 2008. In addition to starring in martial arts works like The Iron Monkey, he also made bit appearances in certain Hollywood films like Blade II and Highlander: Endgame. But it was his 2008 film Ip Man where his international star truly began to shine. In his role as Yip Man, the mentor to Bruce Lee, Donnie Yen found the perfect outlet for his martial arts mastery. A mastery that would see him act in three more sequels. The Ip Man series is little more than sequences of martial arts violence strung together, but goodness gracious are those sequences stunning to behold! Yen’s martial arts skills are such that we have no trouble believing that this is the man who trained Bruce Lee. All films are supremely entertaining in their own right, but the first is the best place to start. (Netflix)

Stephen Chow is a comedic genius, and nowhere is that more on display than Kung Fu Hustle. Telling the story of Sing, a two-bit hood who aspires to join the ranks of the Axe Gang, Shanghai’s most notorious crime organization. To do so, he attempts to take over a local slum, Pigsty Alley. The plot is purposefully threadbare, there to provide a framework to hang the film’s numerous delightfully absurd action sequences. A particularly dizzying sequence occurs early on, a chase scene between Sing and the chainsmoking Landlady (Yuen Qiu). Grievous knife injuries and all, it looks like something straight from a Wile E. Coyote and Road Runner cartoon. But while those sequences are absurd, Chow is not a lazy joke teller. Everything about Kung Fu Hustle feels carefully choreographed, fine tuned, and staged to ensure maximum viewing pleasure for the audience. In doing so, Chow made a comedic classic by any filmic standard. (Netflix)

To paraphrase Roger Ebert: What matters isn’t just a film’s story, but how it’s about it. Case in point: Bend It Like Beckham. There have been many, many films about spirited young women struggling against traditional gender roles. Many of them are frankly rather cloying. Bend It Like Beckham’s story of a girl named Jess (Parminder Nagra) and her dream of playing soccer for England avoids such pratfalls by refusing to look away when other films would. It isn’t just the traditions of her family that Jess struggles against. It’s against the prejudices against women playing football. And it’s also against the very real racism she encounters in the United Kingdom. However, Beckham doesn’t spend time wallowing in darkness. Its dialogue is snappy, its main performances (in Nagra and Keira Knightley) are extremely endearing, and, somewhat sadly, finds itself as relevant as ever with the social state of today. Bend It Like Beckham is an unapologetic crowd pleaser. But, like the best of crowd pleasers, it might inspire audiences to think about something more. (Starz)

Of all the films that were snubbed at the 2020 Academy Awards, one of the most egregious was Lulu Wang’s The Farewell. In telling the story of Billi (Awkwafina), an American-raised Chinese girl, and how her family comes together to keep her grandmother unaware of her own lung cancer diagnosis, Wang’s film is a masterclass in subtlety. By walking the fine line between the absurdity and tragedy of the situation, Wang mines each scene for all of its emotional worth. In doing so, she creates a film that not only works as a means to explore Chinese culture, but something more universal. In the Wang family, we see all of the familiar archetypes that any family would have. And in that, we see ourselves. (Amazon Prime) 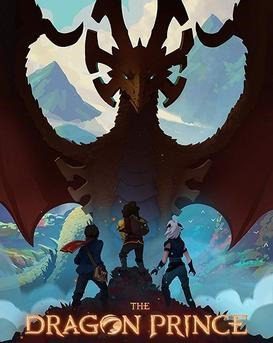 Before she directed Mulan, Niki Caro first gained international recognition through her film Whale Rider. A story of New Zealand and its Maori people, Whale Rider tells of the birth of a great leader. Or rather, someone who becomes a great leader against the wishes of others. For young Pai (Keisha Castle-Hughes) is someone who wears her Maori heritage with pride. She is intelligent, empathetic, and charismatic. However, she is also stubborn, a trait she shares with her grandfather, Koro (Rawire Paratene). While Koro loves her, there is also a part of him that quietly resents her. Her mother and twin brother died in childbirth, leaving her grandfather’s tribe without a male heir to lead them. What makes her film great is how Caro is obviously aware of how maudlin this story could become, but always avoids it. Pai is not an outspoken, fearless leader. Her most powerful moments come from her realizing her own vulnerability and self-doubt. Moods that are conveyed stunningly by Castle-Hughes’ performance. The power of Whale Rider isn’t just in the empowerment of its hero. It comes from recognizing how massive the obstacles before them are, and the emotional toll they take. And how its hero overcomes them anyway. (Amazon Prime/IMDb TV)

There are few series more beloved than Avatar: The Last Airbender. And of all the series to have arisen from its wake, none capture the tone and mood of that series better than Netflix’s The Dragon Prince. The series, currently in season 3 of a planned seven, is the result of a team up between Aaron Ehasz, the former head writer of Avatar: The Last Airbender, and Justin Richmond, co-director of Uncharted 3. Here, we see the story of a trio that consists of Callum, a mage in training, Rayla, a would-be elf assassin, and Ezran, the prince next in line to inherit the kingdom of Katolis. Together, they must unite in order to bring the final remaining dragon egg to its rightful place in the land of Xadia. Humorous, epic, and emotional, it’s something that can more than fulfill that longing for an epic adventure. (Netflix)

Ghost in the Shell

Stand Alone Complex: The 1995 anime film Ghost in the Shell was a groundbreaking work. In its marriage of philosophical quandaries and intense action, it paved the way for future sci-fi works such as The Matrix and HBO’s Westworld. The 2002 series, which functions as a re-imagining of the film, forgoes most of the philosophical elements laid out in the original work. Instead, it focuses more on the day-to-day procedural aspects of the elite security agency and their leader, Major Motoko Kusanagi, or, as she’s more commonly known, “the Major.” Her battle-hardened demeanor, combat skill, and dry wit have made the Major one of the most iconic anime characters ever. Stand Alone Complex is certainly one of the grittier animated offerings here, but it’s also one of the most compelling. (Adult Swim/Hulu)

The Legend of Korra

Bryan Konietzko and Michael Dante DiMartino had their work cut out for them after Avatar: The Last Airbender, and it shows in the early seasons of their follow up, The Legend of Korra. While not without their high points, fans found the first two seasons to be lacking compared to the quality of Avatar: The Last Airbender. However, much like its titular hero, The Legend of Korra overcame its initial stumbles and soon grew into an epic work of its own right. By moving the story forward 70 years in time, The Legend of Korra asks what it means to live up to an impossibly large legacy that’s been left before you. The series says you cannot. Instead, the most important statement you can make is one that allows you to stand on your own. (CBS All Access)

if then mulan netflix
Add your voice!Join the conversation on Discord...
Join Our Discord