Awhile back, when I was just out of college, I started to clear out my room. I trashed a lot of stuff and sorted stuff for sale on LetGo, the nicer version of Craigslist. Now, I would never part with my precious comic collection, but I did have a large box of duplicates. (Also G.I. Joe and Transformers didn’t make the cut, come @ me). To my amazement, the first responses I got on the app were for my comics. 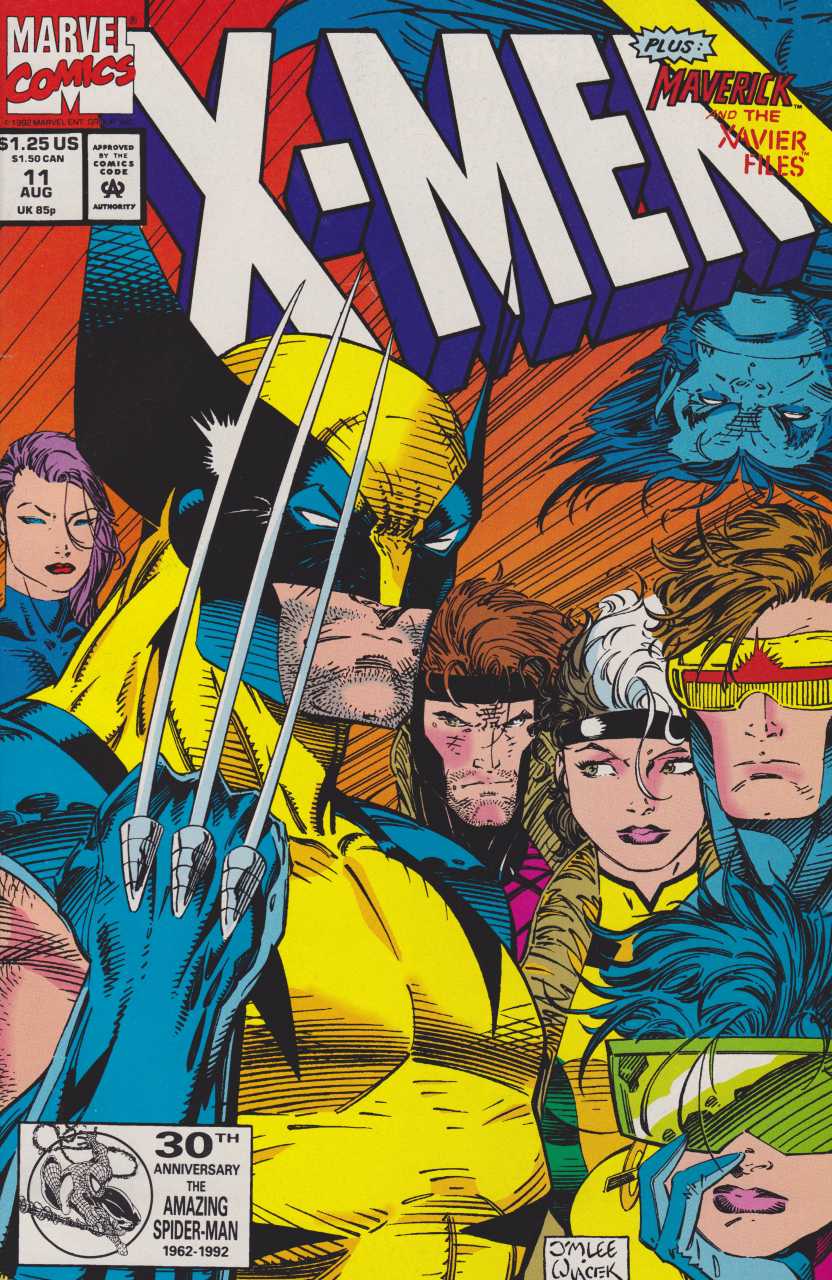 Fast forward and I’m in a parking lot parked across from an Orange Honda filled to the brim with comics. The guy had come with cash, but brought possible trades in order to offset the cost. 45 minutes later I had traded roughly 100 comics for…you guessed it…100 comics. In hindsight, the guy got away with a steal (more on that later). What were the comics? A near complete run of X-Men Comics from about the 1990 to the mid-90s.

As I started to read, I was amazed with how far Marvel comics have come. I began reading issue #261 March 1990. I won’t bog you down with the details because I was lost myself. I landed right in the middle of a saga where the X-Men were dead but now coming back to life. Logan had a kid partner called Jubilee, Storm was a child and the team was scattered, with one team having a floating fortress over Manhattan.

From what I’m seeing online, the consensus is that the 90s X-Men were really bad. This was a time when Marvel sought to profit from their multitude of titles and the “Comics Bubble” was starting to form. So as a result, dozens of X-men characters were being crammed into the universe and then divvied up amongst titles. Marvel would go bankrupt in 1996 and I was told that the stuff they were putting out just before then was garbage. I think part of the garbage was the complex interwoven storylines that were super confusing.

I muddled through “regrouping phase” and into a “pitted against a prejudicial foreign nation exterminating mutants” saga. All the while I was frustrated with the fragmented storytelling and confusing references to fostering storylines. It was a time where if you didn’t buy all 3 to 5 different X-Men titles per month, you were screwed. There were just so many damn storylines I couldn’t take it. I enjoyed a random saga where the X-Men are in space resolving some galactic conflict where Professor X is being mind-controlled. Was there any groundwork for this story…no.

So now I’m two years into this run, and I assumed I would be caught up. Yet there are still villains popping up out of nowhere occasionally and other bizarre fixtures. I’ve read 30+ issues and out of nowhere appears a demented omnipotent being who challenges bad guys to torture mutants. What the fuck is going on here? The writers act if I know who this being is, and that I should know where there baddies are coming from, and why they’re playing this evil game. No answers. 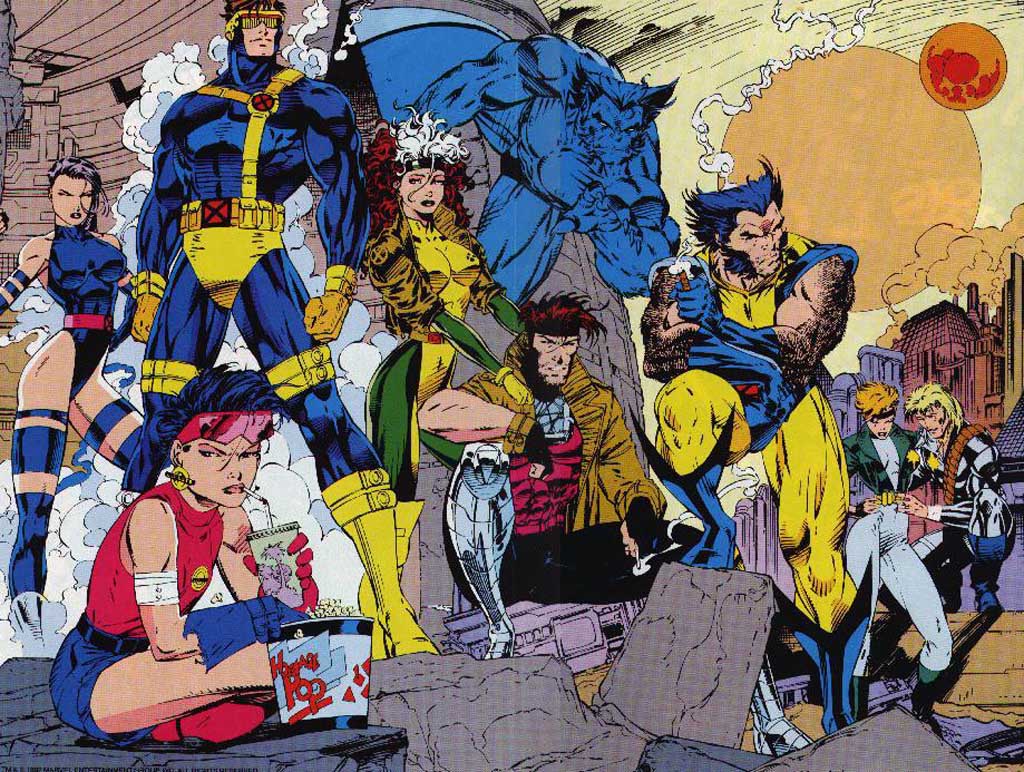 The worse part of this whole run is the terrible writing… It was as if every writer wanted to surpass Alan Moore. Except, instead of spinning an interesting tale, I was trying to power through pages and pages of crappy dramatic narrations. It’s seriously fascinating how much they crammed into one story. In X-Men #305, it was a double sized issue with page upon pages of dramatic Magneto monologues. That paired with the messy, confusing groundwork (“Where did THIS guy come from?!”) made this run a difficult read.

…and the art. The art was ok at best, and a mess at worse. The artist, probably crunched with deadlines, would constantly draw “light scattering backgrounds” without any real regard for setting. No time to ink out a city backdrop? Just fill the page with laser beams! This tactic was used often. Almost zero use of quality inkers. No depth was created nor cool imagery. It was the complete opposite of The Killing Joke or Watchmen. If anyone was supposed to copy those guys it was the Marvel artists, not the writers. 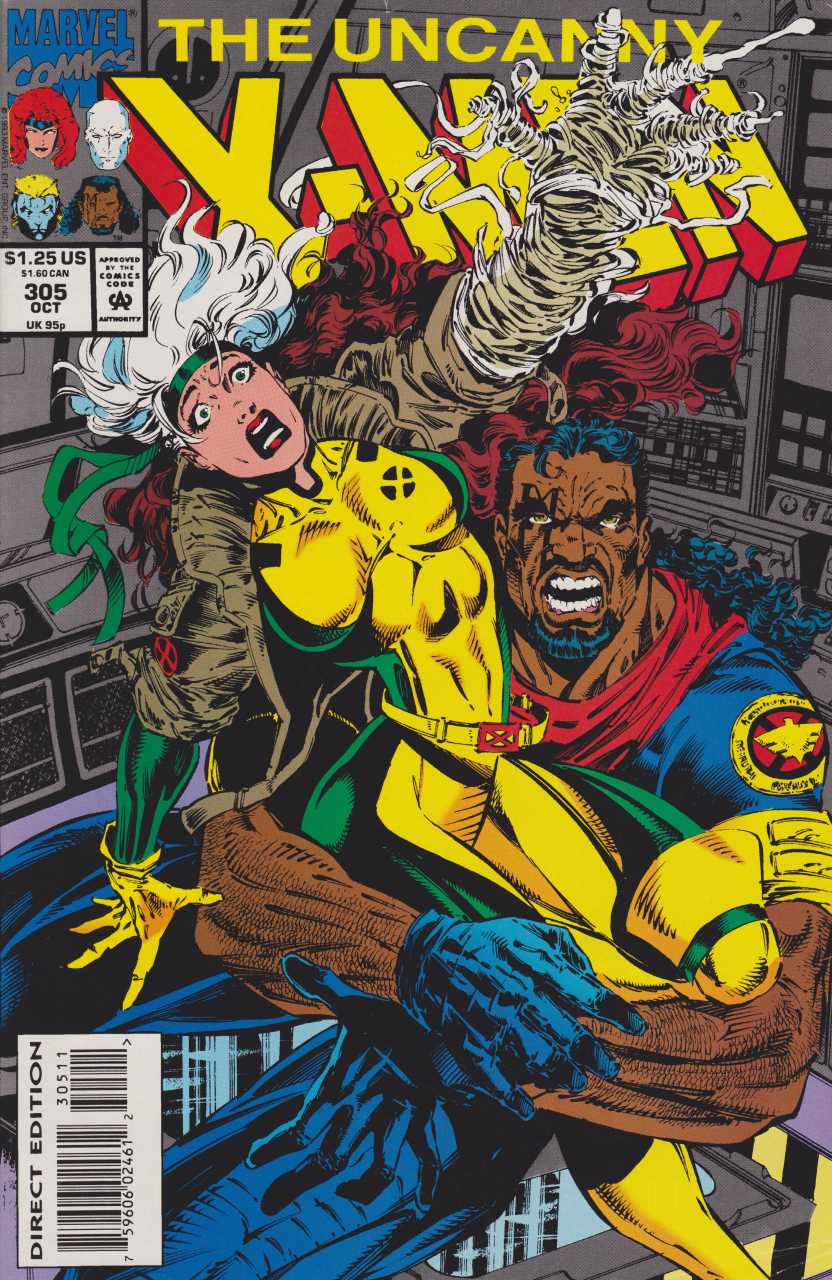 So Orange Honda guy duped me and got away with a steal. He got a bunch of Spider-man: Brand New Day and Invincible Iron Man issues. In terms of trade value, he probably doubled his dollar amount while I’m left with what I thought would’ve been a nice fun run of comics. The introduction of Bishop is the only bright spot of this whole run (Mr. Orange secretly withheld Issue #282, Bishop’s debut, from the trade…asshole).

So what am I trying to say? Well, I spent the last few months chipping away at this stack of comics because I felt like I need to read these at least once. Do your research folks, if you see a long run of your favorite comic heroes, make sure to check the Net and see if it’s worth your while. Also, I’m so fucking tired of Forge. Seriously, he is the worst.

Hopefully, I can move onto another better run of comics. If you got any recommendations, comment below.