The fifth and final episodic trailer for Injustice 2 is here, and it’s a doozy! Shattered Alliances Part 5 is all about Brainiac and what his invasion means for Earth’s mightiest heroes.

While heroes are busy fighting amongst themselves, Brainiac takes advantage of Earth’s compromised defense and engages in a full scale invasion. Heroes and villains are left to watch in shock as they are helpless to stop Brainiac’s fleet. 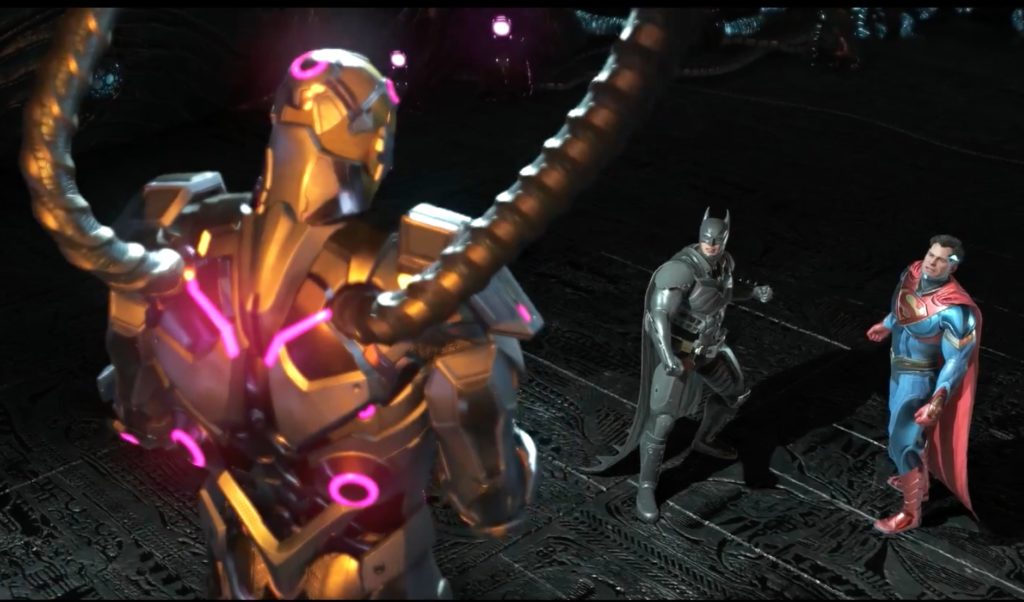 As has been speculated, this trailer reveals that Brainiac’s invasion will force a (maybe temporary) truce between Batman and Superman. After Brainiac’s arrival, Batman approaches Superman’s containment cell and asks him how to defeat Brainiac, to which Superman simply replies: “You can’t.” Towards the end of the trailer, we see them standing together preparing to face off against Brainiac.

Will Earth’s heroes be able to reforge an alliance to stop Brainiac? Or is it already too late? We’ll find out when Injustice 2 is released on May 16th, 2017.