GWW had the opportunity to chat with one of the writers of Justice League Dark, Ernie Altbacker. Some of Altbacker’s credits include, but not limited to, Green Lanterns: The Animated Series, Legend Quest and the upcoming Teen Titans: The Judas Contract.

We talk to Altbacker about Constantine, Guy Gardner and try to squeeze any info regarding the upcoming Teen Titans film.

So what can you tell us about Teen Titans: The Judas Contract?

Sorry, but not too much before it comes out. It’s in my contract that Warner Bros can beat me with a sack of nickels if I give anything away before that. I can tell you it’s an adaptation of the Judas Contract, the great comic run from the New Teen Titans by George Perez and Marv Wolfman. I absolutely loved the source material and tried to do right by it. But since it’s an adaptation and adheres to the new continuity of DC’s animated movies, there will be differences. But the major storylines I tried to be very faithful to because I’ve loved it since it came out. 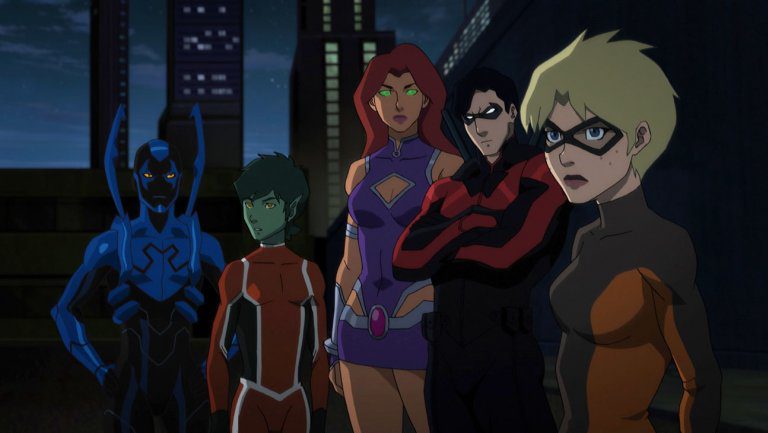 When I saw the trailer, I was so hyped from it. I love everything the DC Animated films are doing and it terms of your work, I thought Justice League Dark was great. As a Constantine fan, I loved the attention he got. What was it like putting a story like this together?

Well J.M. DeMatteis did the first outline and I think he got busy and had to go away to write some brilliant comic I’ll read in the future. I did a second outline with changes that were asked for and then I got the go ahead to write the script, followed by revisions on that script. I think there were three drafts. These drafts are overseen by James Tucker, Mike Carlin, and Alan Burnett. After the script was done they went to the talented crew of Warner Bros artists and did eighteen months of animation. Piece of cake, eh?

Was there any subjects or topics that you wanted to include but they may have said were off-limits in either Justice League Dark or Teen Titans: The Judas Contract?

There were no constraints. You can pitch anything in the room, but there were definite tone and world parameters to each project. Since Justice League Dark was the first step into the supernatural DC world (in this format) I wasn’t going to come in with, “You know what, let’s make Lobo the lead instead of Constantine!” Although, saying it out loud, I would write the crap out of that. But JL Dark needed the feel of the Justice League Dark comic, they wanted it to be creepy. Director Jay Oliva was really psyched for it to be a superhero horror film and get to situations we haven’t seen before with the DC heroes and so I kept that in my mind during the writing.

Now with the Judas Contract, it’s a different situation when you have a beloved storyline from the comics. There’s already a lot of great story there. Everyone wanted to keep all the things people loved but at the same time update it, and fit the continuity that James Tucker has been guiding for, what, eight movies? Since Cyborg is a member of the Justice League proper, we replaced him with Blue Beetle. Damian Wayne is Robin here, and Nightwing already exists. The good thing is when adapting a comic run, you’re usually farther ahead in the story break process than with an original idea. In JLD, we knew it was going to be dark and creepy, but it could have been anything. That can be difficult. But, with adaptations, there is usually more much material than you can jam in 75 minutes, so you have to trim and cut. In addition to the keeping the major story beats you want to get to the same place with the characters that the comic run did and make the audience care as much, but in only 75 minutes. 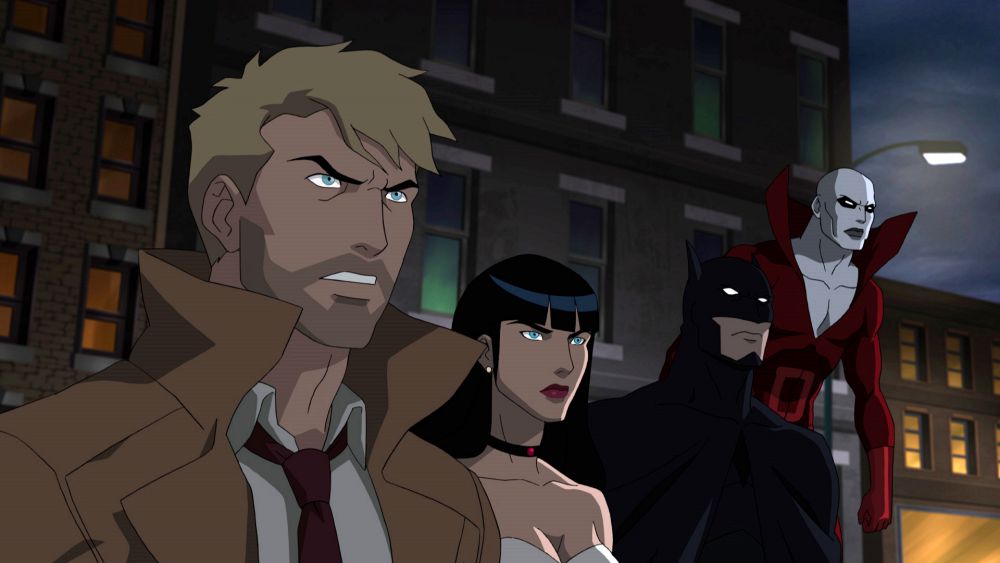 There is definitely wide range of characters featured in this film and as well as what I can tell from Judas Contract. When putting both scripts together, did you have any characters in mind that you wanted to include but didn’t quite fit the story?

With Justice League Dark, Constantine is one of my favorite characters. I couldn’t have been more pleased to write him. Hellblazer, I read it religiously, and think it’s fantastic. Jay, Mike, and James were huge Swamp Thing fans and they wanted him in, for sure. Alan Burnett really loved Deadman, who I didn’t have an opinion one way or another but when I got into it, I found him really useful. Since we were doing a 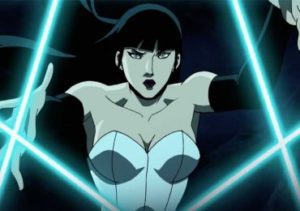 brand new story, there was a version where Justice League was REALLY in it as well as another version where they weren’t in it at all. We landed on a compromise version, I guess. I think some people were disappointed we couldn’t get Spectre in this one. We also toyed with Madam Xanadu. At one point Zatanna wasn’t in it and she’s one of my favorites now.

And I know a lot of people have an issue with Batman being in the movie. For me, I didn’t know if I was going to do another one of these, so this might be my only chance to write Batman in a more serious way. So when one of the notes was that they wanted one of the Justice League to be in it all the way through, I was happy when it came up Batman. The world’s greatest detective teamed up with the world’s greatest magical detective? I wasn’t going to say no to writing Batman and Constantine as buddy cops in a dark and magical superhero film. I was totally on board.

If there was a comic you could adapt into a feature, what would it be?

Like a dream job? I would love to do Justice Society or a Green Lantern starring Guy Gardner. I have a soft spot for writing A-holes with hearts of gold. Also, how cool would a Sandman adaptation be?

Have you seen this:
Buffy the VamPIRE SLAYer: faith # 1 (REVIEW)

That would be amazing!

What would you say your most difficult character and your favorite character to write?

Out of these two projects, Etrigan the Demon in JL Dark was tough at first. The rhyming, done well, gave me fits. I tried imitating Alan Moore but quickly found there’s only one Alan Moore, so no-go there. Then I pitched doing him with a mix of olde English and contemporary. Something along the lines of, oh, this is embarrassing, “So you despise Etrigan the Slayer, I bid you hate the game, not the play-ah.” Needless to say that particular idea was rejected with teary eyes from all the hooting laughter. Thankfully, Alan Burnett (writer of Mask of the Phantasm, Justice League Action) had a bead on Etrigan’s cadence and guided me through it.

My favorite character in these two was Constantine. God, I love writing his sarcastic and biting brand of Brit jack-assery. Everyone near him gets scorched but he has to do it or the world is going to end, you know? He has to make these hard calls so there’s no time for feelings. I know we’re talking about magic and make believe here, but with him, the fallout from the evil he encounters is more rooted in reality than practically anything else in the superhero world. With your big superheroes there’s usually a, “and he/she/they saved everyone in the city from the super powered villain and/or alien armada.” With Constantine, even when he wins, a bus load of school kids have already been eaten by demons. This to me is more “real,” and please put that in quotes, than superheroes that destroy several blocks in a city center and, other than property damage, no one gets hurt. I mean, do you ever see a thrown car that misses Superman crushing an old lady down the street? And her hand is still clutching her little dog Foofy’s chain? And Foofy’s sniffing sadly at side of the car? Hey, that’s not terrible. But no, you don’t see that, right? Boy, I went around the bend there.

Okay, other favorite to write in these two projects. I do have to say I got very into Terra in Judas Contract. She has a depth that doesn’t come along every day as she’s kind of living two lives and it’s screwing her up. I really liked writing her. And Deathstroke was very fun. Enjoyed him. Others that were tough? Heck, even when it’s difficult, it was a dream to write both of these projects and I hope people enjoy them. I guess that’s a decent way to wrap up my long answer.

It was a pleasure speaking with you today.

Thanks a bunch and have a great day.

Follow Ernie on Twitter and don’t forget to pick up Teen Titans: The Judas Contract when it hits stores April 18th, 2017. Pre-order it now!