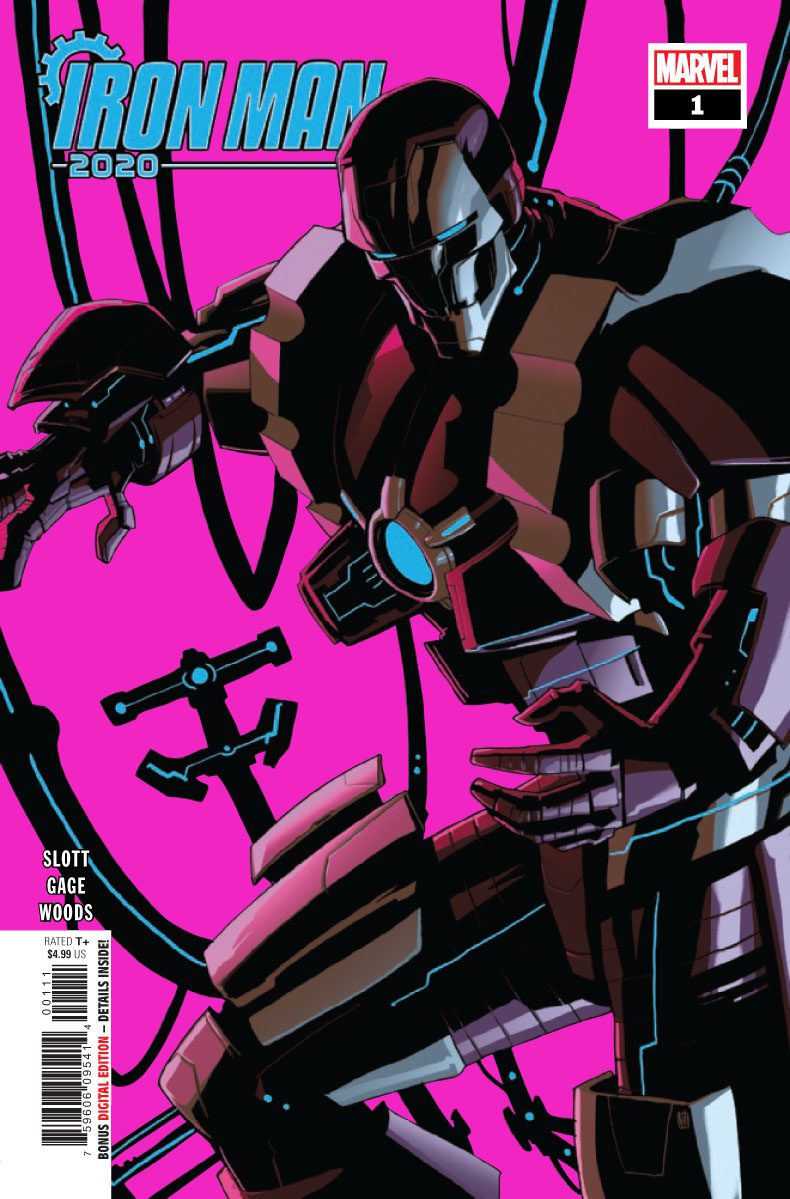 Arno Stark is the new Iron Man and his war against the machines will expose a new antagonist to his ambitions.

With Arno Stark and Sunset Bain in charge of Stark Unlimited, Arno has decided that being the new Iron Man means taking on the growing AI threat. After taking down a group of LMD’s, his investigation into the AI conspiracy will frustrate his preparations for the upcoming cosmic threat he has foreseen.

At the same time, the employees of Stark Unlimited find themselves dealing with working for Sunset Bain and her vendetta against AI beings will cause more than a few problems with many of the current employees. Her claim of ownership over Jacosta will make things more tense when it is revealed that Machine Man is the current general in this war and his tactics will target humanity itself.

This first issue is interesting as a story. Slott and Gage are great dialogue writers and the plot is interesting as well. Unfortunately, Arno Stark is not an interesting character. Beyond the petulance and posturing, there is nothing about him compelling enough to want to follow. What gets the short shrift in the issue is the story that is more interesting which is what is happening with Tony and how it is effecting his relationships with the people in his life. If anything, the first pages with Arno and his cloned parents are more interesting than the majority of what followed them. I would have liked to see that explored more.

Pete Woods has some really good art in this issue. There are some great visual moments and the style of the art has a fluid, moving nature to it that is enjoyable to look at.