Issues Have Issues #4- The Avengers

With the release of Marvel’s blockbuster finale to the Avengers series with Avengers: Endgame hitting theaters this weekend, we thought what better way to celebrate Earth’s Mightiest Heroes than to line them up and knock them down in another installment of IHI. So sit back, put on your infinity gauntlet, take off your pants, and get ready as we take a look back at some of the worst Avengers covers. SNAP!

Captain America is the cornerstone of the Avengers team, but Steve Rodgers has always had trouble fitting into modern society. That’s right! In the eyes of modern hipsters, Captain America could be considered an L-7 wiener! After being frozen for decades Cap had to try and relate with a younger generation and what better way than to take on the popular street-running artform of Parkour? Although it looks like Cap might need to work on the basics. 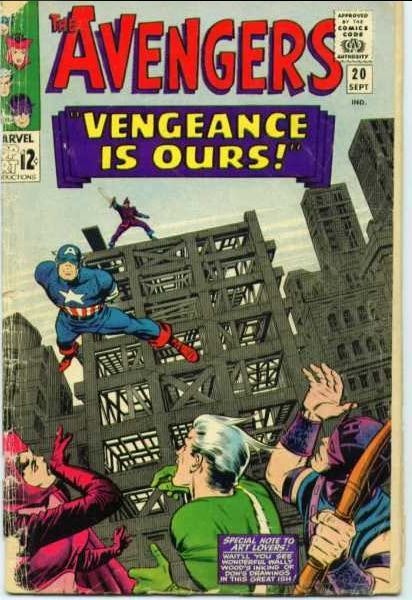 Imagine being part of Earth’s mightiest superteam only to have your asses handed to you by a guy wearing the “puffy pirate shirt” from Seinfeld, only in earth tones. Plus, look at the size of those shoulder pads! It’s enough to make Cable orange and brown with envy! 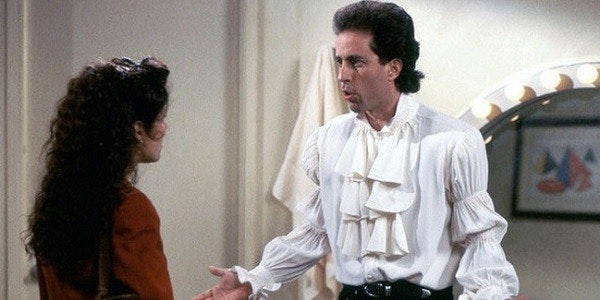 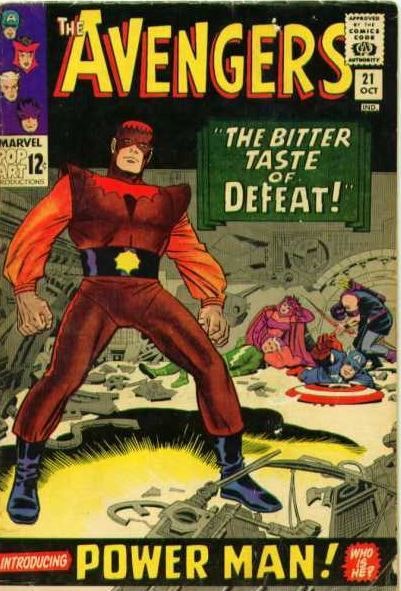 Ah yes, The Living Laser, the dreaded scourge of concerts, sporting events, and college classrooms everywhere! Fear the might of a man with laser pointers mounted to his hands! Tremble in fear as he might blind you with concentrated light! 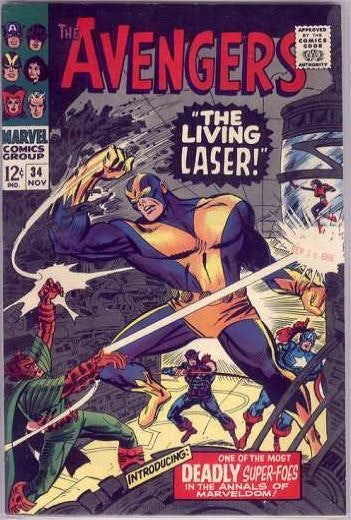 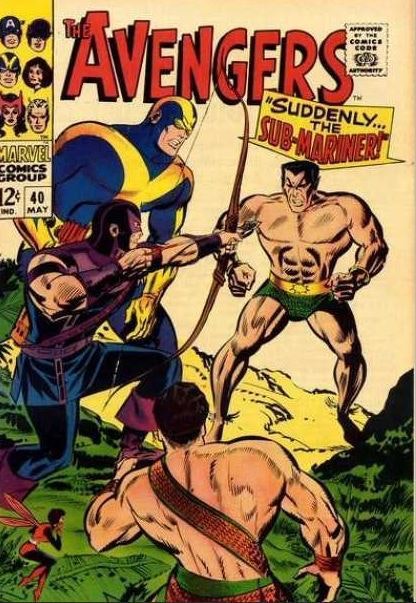 5.  Antman is a pain in the ass. Sure having the ability to shrink down to microscopic size is awesome, but why the ants? You know Avengers Mansion is just infested with the little buggers, and God forbid anybody brings in a can of Raid. But just how many times does the team have to put up with crap like this? 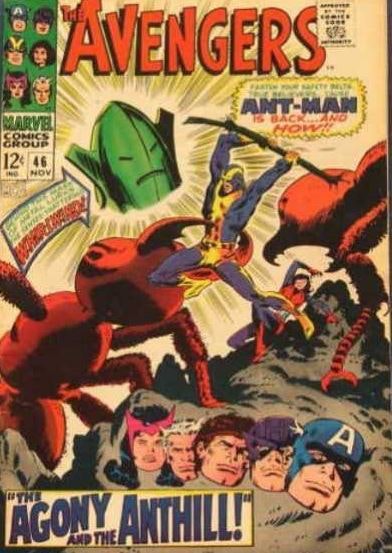 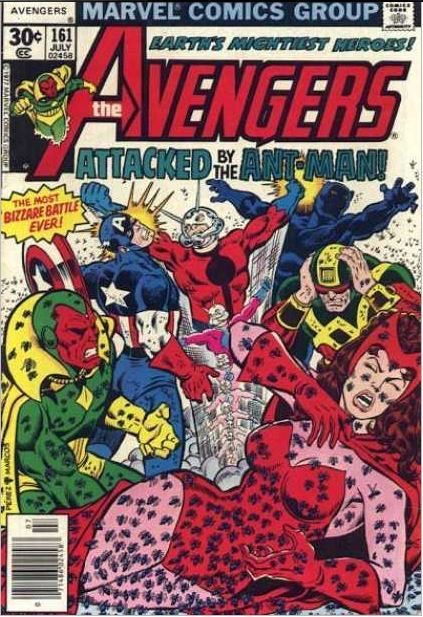 6. OK, so you’re a one-handed amputee who wants to turn evil and torment the world. You want to be one of the vilest and villainous sum bitches on the planet. You decide that you are going to take on the nickname of death itself! The grim reaper…oh man! People are going to be terrified! Until they catch a look at your costume. How did this pirate boot and glove, cape, handle-bar helmet combo come from the idea of death? There’s not a skull on the entire costume!  (Wait, that thing on his super-sized belt buckle is a skull? Was it drawn by a four-year-old?) Are people supposed to laugh themselves to death?!? Because now this lame get-up makes sense. 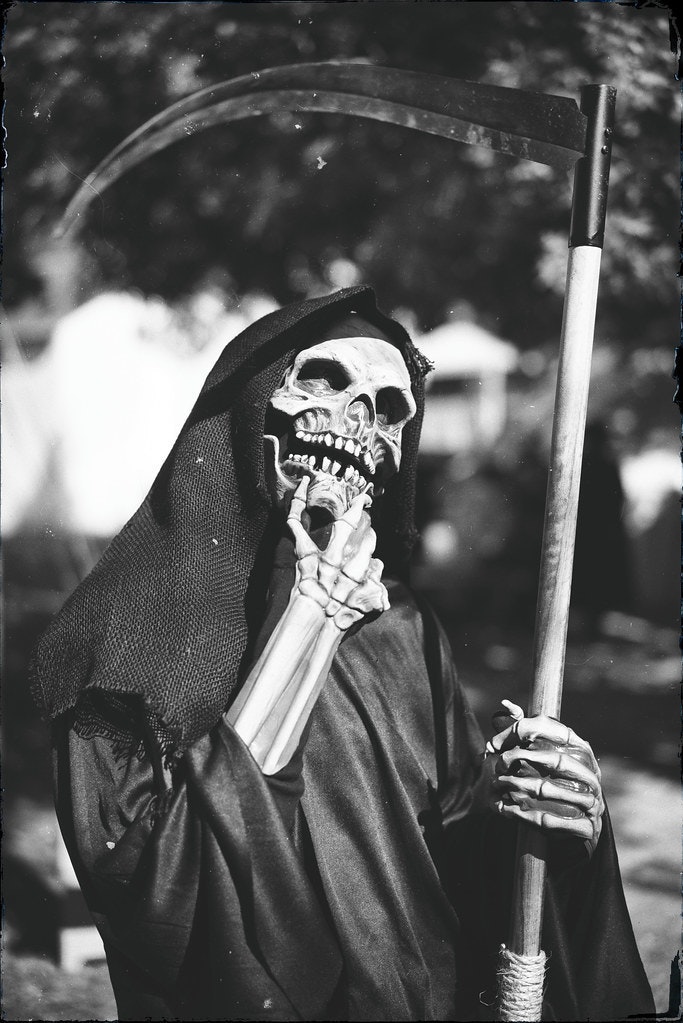 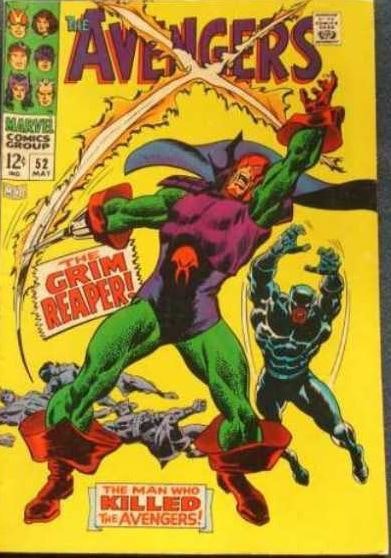 7. In the early 90’s the WWF (now rebranded as WWE) celebrated the wedding of “Macho Man” Randy Savage to his longtime manager Miss Elizabeth. During the post-wedding celebration, the happy couple was in the middle of opening gifts when to the shock of the world Elizabeth opened a box containing a live cobra! Jake “The Snake” Roberts emerged, broke up the celebration and kicked off a great run of matches between the grapplers. It looks like somebody stole this idea from Marvel. Get my lawyer on the phone! 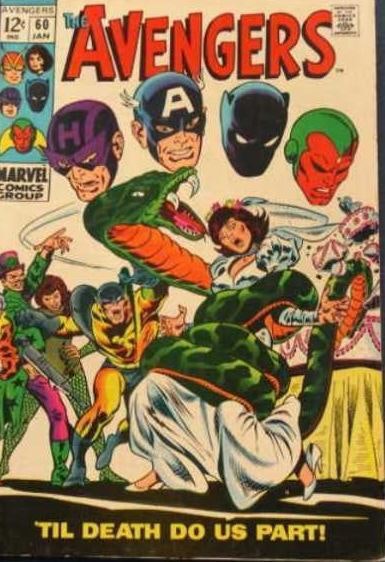 8. Oh, stereotypical racism in comics! You never let me down. Who thought that creating a character named Man-Ape was a good idea? Not only that but let’s dress up one of the few African-American characters that we had at the time in a white gorilla costume, complete with jungle grass skirt and leggings? C’mon Marvel! 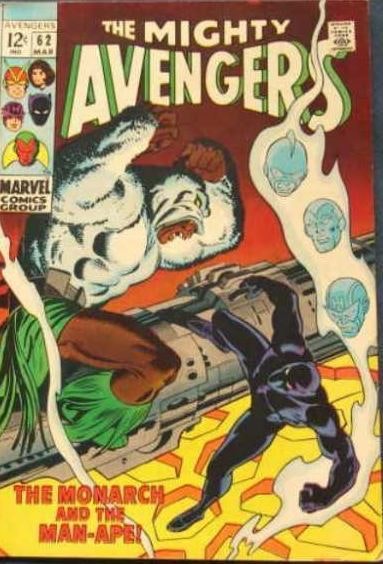 9. The Uncanny Growing Man… I’m just going to let you dear readers insert your own penis joke into this slot. 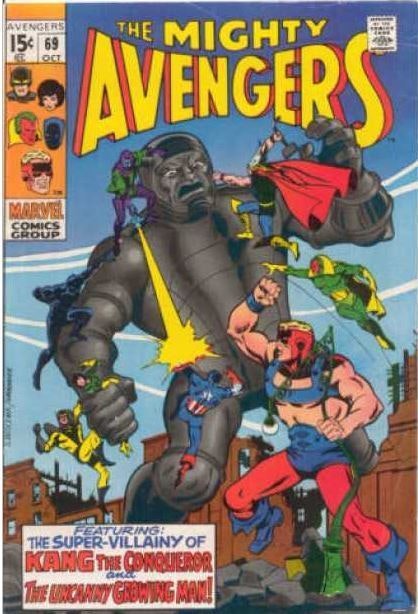 10. Let’s step back into the wonderful world of wrestling in the 90’s. Does anybody remember the Million Dollar Man? Yeah, Ted Dibiase said in his own entrance music, “Everyone’s got a price.” Even the Avengers. 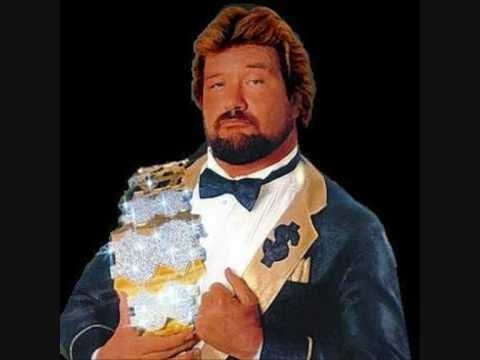 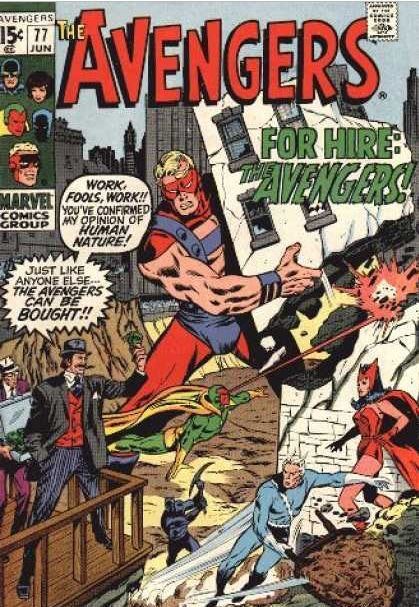 11. I’m sure that I should write a joke here about feminism or women’s lib…but really I just put this here in the hopes that a Comicsgate fan will see this and their brain will explode. 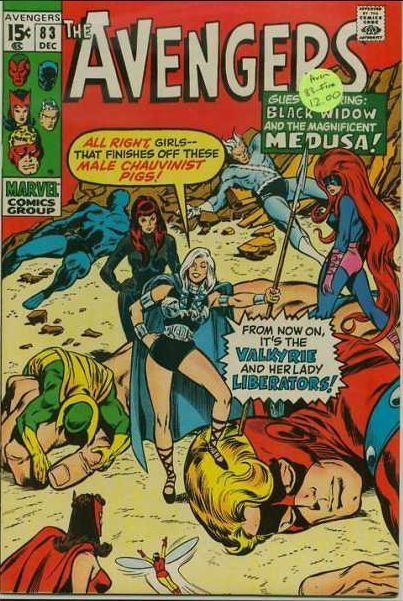 12. Marvel had to call this villain “Brain-Child” because Testicular Cancer Head didn’t roll off the tongue with readers the same way. FYI- Fellas don’t forget to regularly check your own testicular health for bumps, growths, or other unusual abnormalities. Remember, if you see something, say something… because a bird in the hand is worth two in the bush… and the early bird gets the worm… I’m not really any good with advice. Check your balls so they don’t fall off! 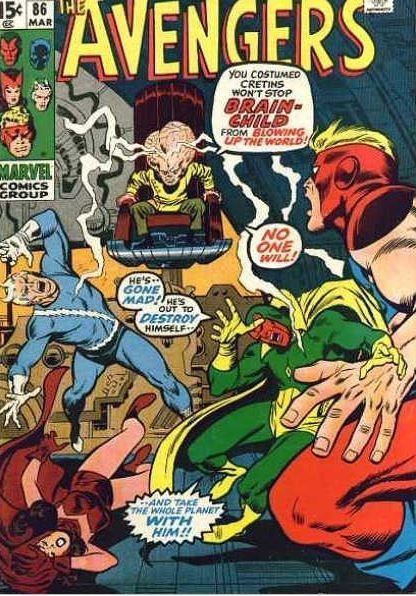 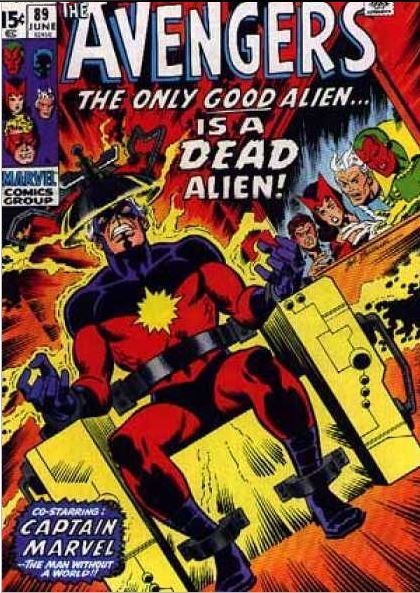 14. We’ve all seen this guy at the local convention. The dude, who you just know, has life-sized replicas in his basement. He’d gladly replace them with real humans if it wasn’t for all those damn kidnapping laws. 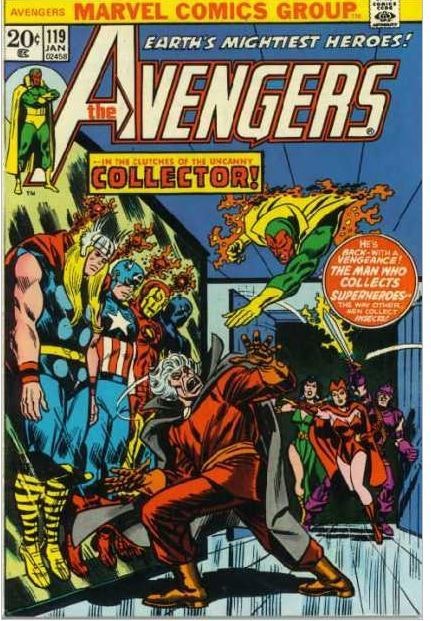 15. The members of Zodiac were going to attack and take over the world, but then they read their horoscopes in the morning paper… the joke writes itself. 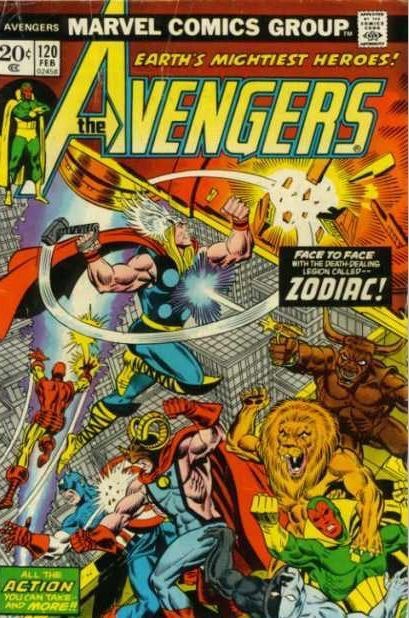 16. Of course, Marvel called this monstrosity The Stalker! Because chicken/lizard/Godzilla didn’t have the same punch! 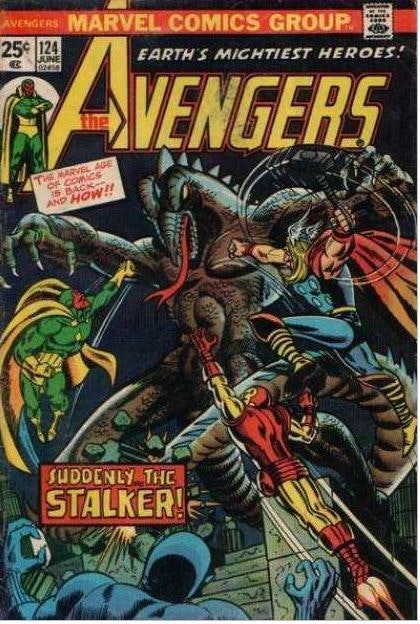 17. I don’t think a lot of fans remember a villain named Thanos. It was a shame that Marvel never did more with this character… I think he had real potential. 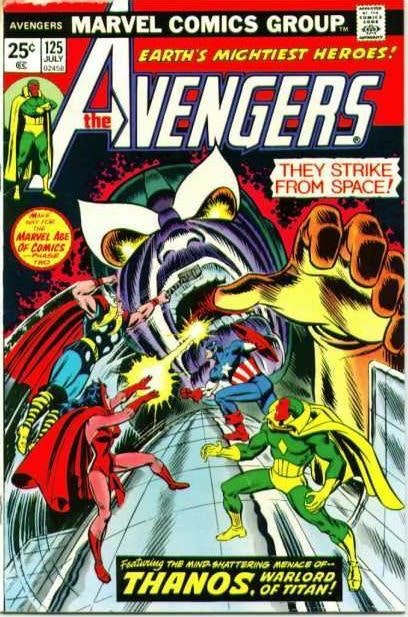 18. An exclusive peek at the Avengers next member… 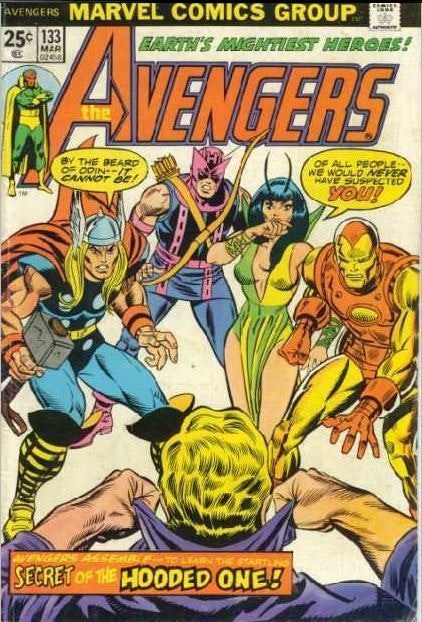 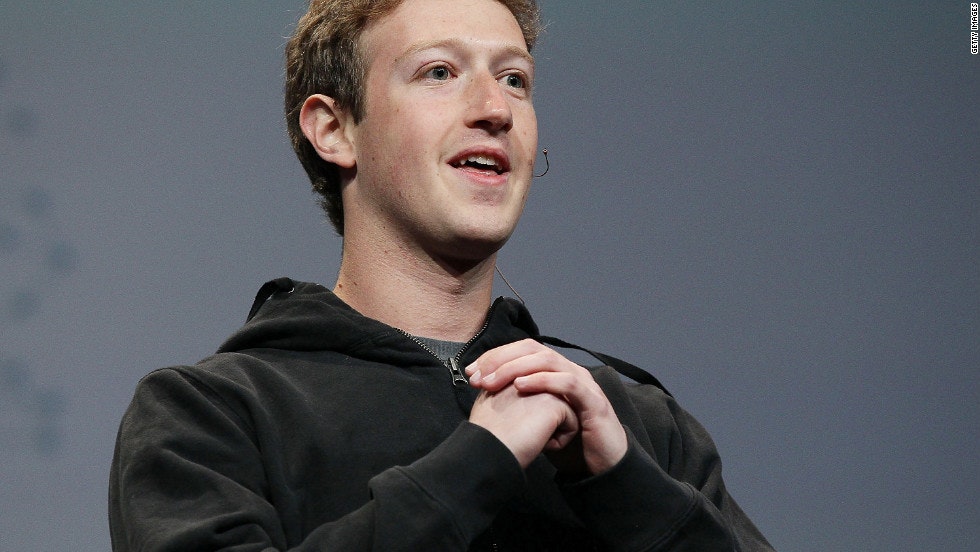 19. “Stranger in a strange man”?!? Hey! What Marvel chooses to do during its own free time is none of my business! 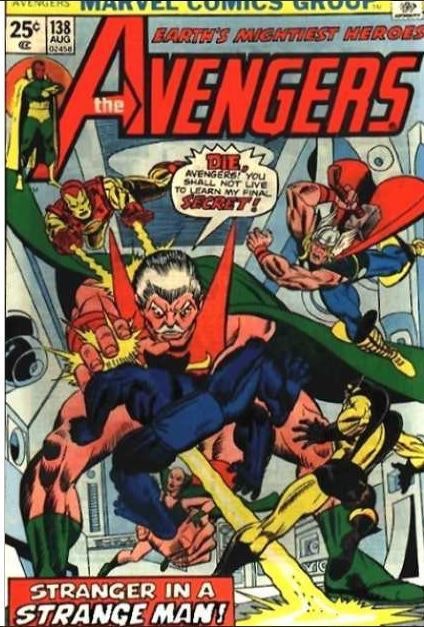 20. If this villain’s name wasn’t Voodoo Chicken then I fucking quit! 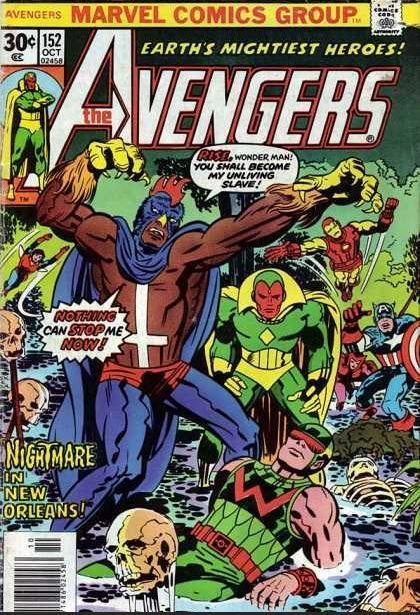 21. Absorbing Man… the only thing he couldn’t absorb was body hair! Yeesh! 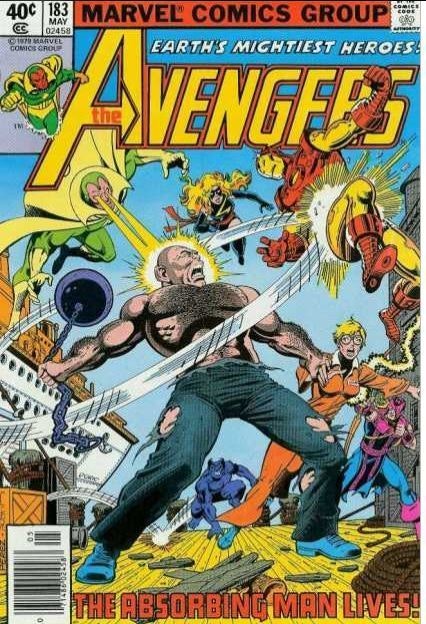 22. This was the first in a really weird set of Avengers stories all centered on the rust belt. Peril in Pittsburg, Scared in Scranton, Steamed in Cleveland, Shocked in Chicago, Doomed in Detroit, Gassed in Green Bay, Murder in Milwaukee,  and who could forget Fondled in Philly? 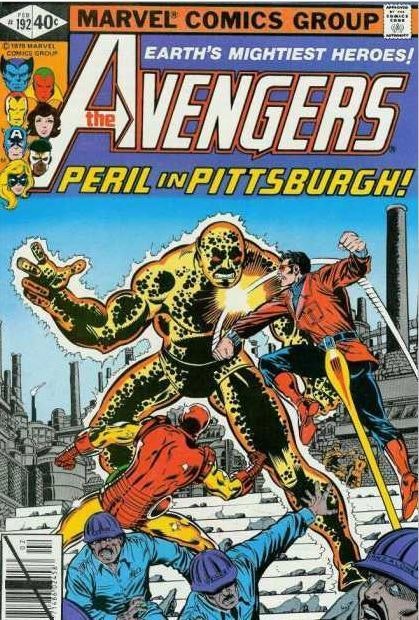 23. Totally unrelated note: Did you know it was recently the 25th anniversary of Kurt Cobain’s death? 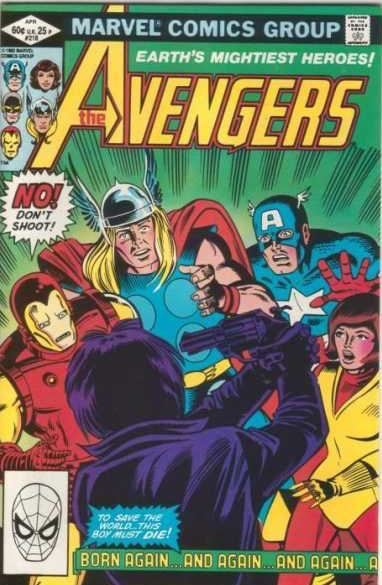 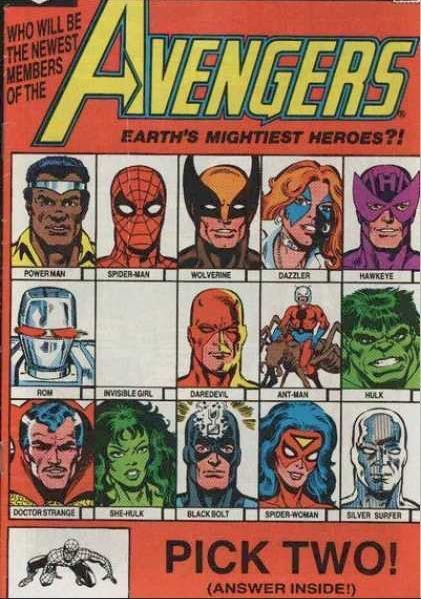 25. My grandma always said that too much playing with yourself will make you go blind. So what do you think would happen here? 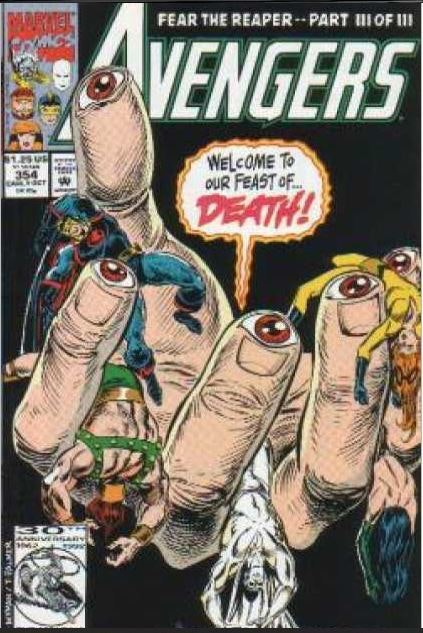 Alright, that wraps up another installment of Issues Have Issues. Join us next time as we take the piss out of more superheroes right here at Geeks Worldwide. Don’t forget to like, share, and subscribe to all our social media and AVENGERS ASSEMBLE!