Jake and Tom are back!  And once again, they’re breaking down the biggest stories in the world of Geek News!

Topics in this episode include the casting of CW’s “Batwoman“, the mess that Disney has found itself in regarding James Gunn (as well which movies the guys would love to see him helm), the announcement of a new “Supergirl” movie, the creation of a “Popular Film” category Oscar (as well as why the guys think the Oscars are a sad joke), and full reviews for “Batman: Ninja” and “The Death of Superman“!

Don’t forget to follow the guys on Twitter, join in on the conversation on their Facebook page, “Jake and Tom Conquer the Group“, and look for more great shows like theirs from their partners Geeks Worldwide and The PodFix Network! 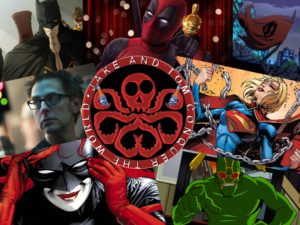