JAKE AND TOM CONQUER THE WORLD#115: CROSSING THE STREAMS

After months of speculation, anticipation & previews, Jake and Tom finally have had hands-on experience with the streaming service, DC Universe!  Listen in as the guys go over the pros & cons of the service, how nostalgia plays a factor into the lineup, as well as what they think the future holds for the app.

Along the way, the guys cover such subjects as the rumors surrounding Henry Cavill’s future as Superman, Joaquin Phoenix’s initial publicity photos for the upcoming Joker movie, as well as Jake’s backbreaking work schedule.

Don’t forget to follow the guys on Twitter or to join in on the conversation over at their Facebook page, “Jake and Tom Conquer the Group“!  Also, check out Tom’s side project, Cobra Kai Kompanion, and find more great shows like this by checking out their partners in internet radio, Geeks Worldwide! 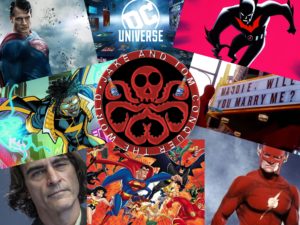