Re-joining Jake & Tom this week & HAB & Matt from the dearly departed Couch Party Podcast!  They’re here to tackle topics such as the latest rumors detailing the possible Disney acquisition of 21st Century Fox, the new DC/CW crossover, “Crisis on Earth X“, the long-awaited release of “Avengers: Infinity War“, and of course, a spoiler-filled review of Netflix’s “The Punisher“! 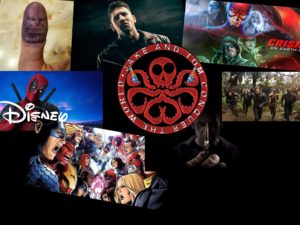 Be sure to help Jake and Tom in the quest for world domination by rating them highly on iTunes, sharing their stuff on social media, and by telling your Android using friends to listen to them with the Amazing And FREE Couch Party App, available exclusively on the Google Play Store!

Don’t forget to follow them on Twitter & Facebook, and if you’re stuck behind a computer all day, make the time fly by while listening to them via their partners in internet radio Geeks Worldwide, The PodFix Network & Slings, Flings and Dingalings!