How James Gunn Could Expand The MCU With Guardians of the Galaxy Vol. 3

It’s no secret by now that James Gunn will have a major influence in the MCU following Avengers 4. As Marvel looks to take their universe to the cosmic and beyond, it appears Gunn is the guy they would like to usher it to strange and far reaching places. And considering he help build the cosmic universe they are now heading full steam into, it makes perfect sense that Feige and Marvel would trust Gunn to expand his GoTG mythos, while also expanding the MCU as a whole. Now, there are many places the cosmic universe can take MCU fans, but with the issues of character rights, and many of Marvel’s biggest cosmic players being wrapped up with Fox, Gunn is going to have to get creative in where he takes the MCU beyond Avengers 4.

Luckily for us, Gunn may have given us some clues in a recent Fan Q&A. First off, Gunn mentioned how influential Guardians of the Galaxy Vol. 3 will be to the future of the MCU, meaning what is introduced there could be the next major threat to the MCU and something that will once again cross all franchises.

“One of the things I’m doing with creating Guardians of the Galaxy: Vol. 3 — it will take place after the next two Avengers movies — and it will help to set up the next 10, 20 years of Marvel movies,” “Its going to really expand the cosmic universe.” -James Gunn 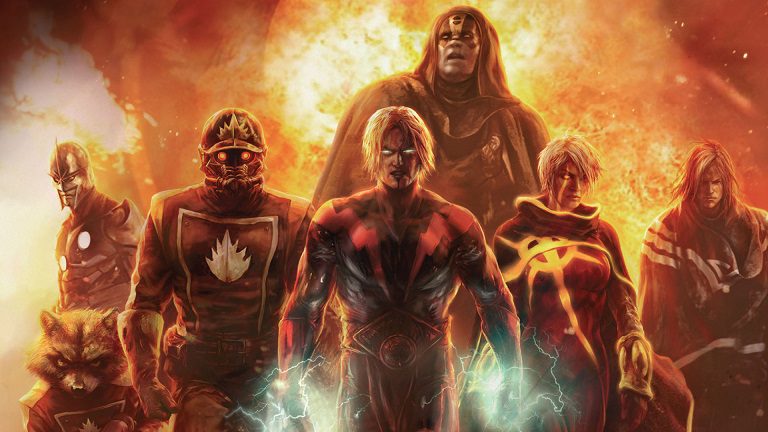 So from his statement above we now know that GotG Vol. 3 will set up the next 10-20 years of films for the MCU, much like Iron Man did for the first 10-20 years. But while Iron Man was building towards The Avengers and eventually Thanos, what could GotG Vol. 3 build too? Gunn offers another clue indicating that a fan favorite character may soon be making his MCU debut. During the same Q&A a fan asked Gunn if the “real” Nova, aka Richard Rider was coming to the MCU, here is how Gunn responded…

“Yes, definitely. Nova comes up occasionally as someone we might use,”

Following this statement, Gunn reiterates the impact the GotG Vol. 3 will have.

“We’re going to be setting up new characters. It will be the last movie of this version of Guardians of the Galaxy.”

Now if we start putting these clues together, with other information we have heard from Feige that reiterates the fact that the MCU is headed into space, we can begin to speculate “Who” or “What” becomes the big bad for the MCU after Avengers 4. But those damn rights issues keep getting in the way and taking all the best possibilities, so let’s go ahead and eliminate those. So, Galactus, Annhilus, Kang The Conqueror, The Brood, and anything involving the Fantastic Four or X-Men is out. That doesn’t leave us with much, some Celestials and maybe a phew cosmic entities like Eternity or maybe the Beyonder. But if you’re a long time Guardians fan like I am, you know there is a cosmic force out there that is capable of destroying the universe on a mass scale, something that even challenges the Mad Titan himself and is deeply tied to characters like the Guardians of the Galaxy, Richard Rider, and Adam Warlock. A place where death itself has no power.

For those of you unfamiliar with the Cancerverse, it’s basically a dimension beyond reality in which death does not exist and the universe itself is powered by a group of cosmic Gods/Monsters known as the Many-Angled Ones. These “Gods” are looking to expand their Cancerverse and take over what is on the other side (our reality).

In the comics, Star-Lord, Thanos, Richard Rider, Adam Warlock, Drax, and Scarlet Witch are all instrumental in stopping the Cancerverse and its expansion. So it doesn’t seem like it would be a huge stretch for Gunn or the MCU to start moving in this direction, especially since many of the key players are already on the board and looking for expanded roles within the MCU beyond Avengers 4. And back to the Many-Angled Ones, are formidable villains including the likes of Shuma-Gorath, the Supreme Intelligence, Lord Mar-Vell, and The Gatekeeper/Dark Quasar, these cosmic villains would make great foils in the solo films while also giving hints to their lineage and ultimate plan. I mean it’s safe to say Shuma-Gorath and the Supreme Intelligence have to show up at some point, as Doctor Strange and Captain Marvel have strong ties to these characters. And let’s not forget that the MCU is pliable so the Many-Angled Ones can really be any cosmic entity Marvel wants to throw at our heroes, as long as everything gets back to the Cancerverse it will work.

Have you seen this:
The Suicide Squad (Review)

The Cancerverse will not only expanded the cosmic side of the MCU but will also expand its Magic side as it has ties to Doctor Strange and the multiverse as well. It will also allow Marvel to introduce more powerful characters as the Many-Angled Ones are multidimensional “Gods” that will require a little more than a Sheild and quick thinking to defeat. Each of these guys on their own are a cosmic level threat and together they become universe devourers. But again, Marvel can essentially do whatever it wants with the Cancerverse and I’m sure they could find ways to tie it to more grounded characters like Black Panther and Captain America if they wanted too, but you have to admit introducing the Cancerverse would do everything Gunn wants to do in expanding the MCU beyond the stars and would allow them to bring in uber powerful characters of which Marvel Cosmic has a many.

So my prediction; Gunn and the MCU will use Guardians of the Galaxy Vol. 3 to start the introduction of the Cancerverse and the Many-Angled Ones as the MCU’s next major threat. I would even bet that the rip, in reality, is “opened” as a result of the cataclysmic event at the end of Avengers 4, kind of like it was in the comic as the rift was created following the detonation of a Terrigen Bomb during the Kree/Shi’ar war. 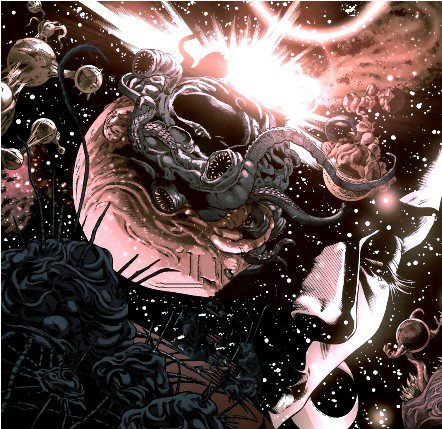 Sound off below. Do you think Marvel and James Gunn are gearing up to bring in the Cancerverse?