Today, The Hollywood Reporter announced that Marvel TV head Jeph Loeb will be exiting the company come Thanksgiving. This comes as no surprise given there had been whispers of his departure since early September. All this coming off the heels of his recent original Marvel shows like Agents of S.H.I.E.L.D & Agent Carter; as well as his Netflix shows like Daredevil & Luke Cage getting canned. Also, shows like Ghost Rider and New Warriors never even seeing the light of day. With even Inhumans being trashed since it’s very inception.

However, it should be noted that this decision was made before Kevin Feige moved into his CCO role at Marvel Studios and will now oversee all Marvel TV projects moving forward. This means all shows that he did not create will be axed with only Cloak & Dagger, The Runaways and Hulu’s upcoming Helstorm yet to be cut. 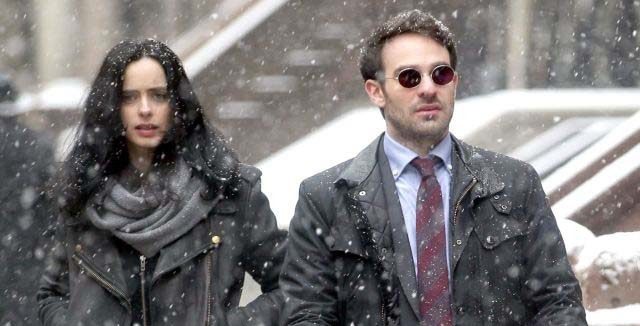 It should be noted that there have also been rumors by MCU Cosmic that “a higher up Marvel Studios executive” (most likely Feige) has seen Daredevil & Jessica Jones, and has become increasingly fond of the portrayal of the characters on the small screen (played by Charlie Cox & Krysten Ritter respectfully). There is a small chance the characters will live on in a Disney+ show or even the films moving forward but that is pure speculation. It’s unknown however if Cox or Ritter would return but fans would be ecstatic if that were the case.

Have you seen this:
Daredevil: Woman Without Fear #1 (REVIEW)

It should be noted this is not a revival of the Netflix shows on Disney+ but a soft-reboot of the characters into the MCU. Lastly, it should be noted there is a 2-year delay since each shows cancellation date before the characters can be used again. If this means the delay includes both references and physical appearances are unknown at this point.