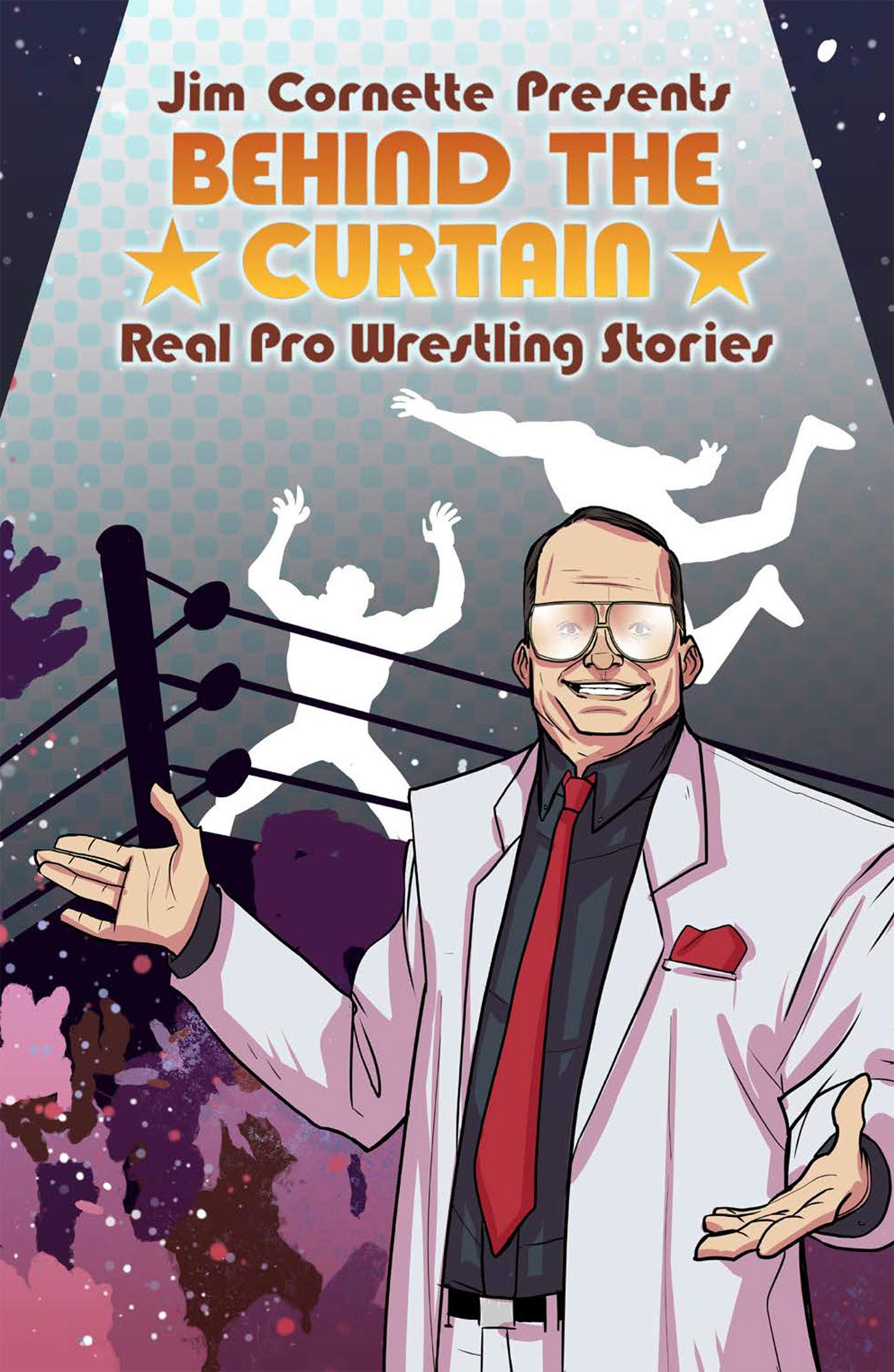 I’ve been a lifelong wrestling fan. As a child of the 80’s I grew up on Hulk Hogan, Randy Savage, Andre The Giant, Sting, Ric Flair, Dusty Rhodes, and so many more. I’m still a fan today, waiting for the launch of the new AEW (All Elite Wrestling) promotion on TNT in October. I tell you this so you know that you can believe me when I say that there are few performers in the wrestling industry as polarizing as Jim Cornette.

“Corny” has been a figure in the wrestling world for the better part of four decades. Best known as the mouthy manager with the tennis racket; Cornette managed notable talents like The Midnight Express, Owen Hart, Yokozuna, Big Van Vader, and a litany of others over a career that spanned from the territorial days of the NWA to present, where Cornette is a commentator for Major League Wrestling.

Cornette has made his living on being the fast-talking, fast thinking manager, who fans hate so much that they have packed stadiums just to watch him get his backside kicked by beloved stars. But as much as the character of Cornette in front of the camera was an obnoxious Southern know-it-all, the man behind the character is even more so.

Cornette is a self-professed wrestling junkie and historian, and as someone who was heavily involved in every major wrestling promotion over the last forty years, Jim has seen and done some things. So this collection of stories that have been gathered and placed in one graphic novel is a treasure trove of behind the scenes goodness that you can’t find anywhere else outside of a wrestling locker room.

I was shocked by how in-depth Cornette takes the reader into the world of wrestling. Not just in the stories themselves, but by even providing a glossary in the back of the book that explains the industries insider lingo. So if you have ever wondered what your friends are talking about when they start talking about wrestling, here is your go-to guide.

The graphic novel itself is well presented. The stories are extremely fascinating, I was engaged not just as a wrestling fan, but as a reader. Cornette and Easton break down the homespun recollections with deftness, maximizing each page and panel, not letting the book lag even with the abundance of information that is being provided. Cornette not only knows these stories by heart, but he knows how to spin a yarn that keeps you engaged.

The artwork is wonderful. Dennis Medri did wrestling fans proud with his depictions of classic wrestling icons; given that Cornette is puling stories from multiple decades with a wide array of characters, Medri never loses the reader. The artwork keeps the reader focused on the action and does what every great comic artists attempts to do and that is pair beautifully with the narrative being told. While Corny might be the star that brings the audience in, it’s Medri who keeps them there for the duration.

As for the stories themselves, Cornette gives the reader an insider’s glimpse at some of wrestlin’s most notorious moments and moments that the audience would never known about. From the Montreal Screw-job, to the plane crash that damn near killed Ric Flair, to the racial impact of Sputnik Monroe, to the shenanigans of Andy Kaufman and Jerry Lawler (The famous slap on David Letterman); each tale is captivating in its own unique way.

This is a must buy for fans of wrestling and anyone who has ever wondered what life inside the business might be like. Cornette not only pulls back the curtain on wrestling history, but reveals an untold treasure trove of fascinating tales that I’m sure fans will come back to time and again. Highly recommend.