As a high schooler, I was fascinated by Greek mythology, anything from Zeus to Hades to Poseidon immediately caught my attention. One year in one of my college courses, my professor decided to base the class on Norse mythology, and I fell in love with it. I remember calling my girlfriend on my way back from class to talk about the stories I had learned that day. When Jotun got announced for the Nintendo switch I was immediately sold on it. Jotun made its debut on other consoles but unfortunately flew under my radar. That was until the moment that it made its way onto the Nintendo Switch. Once it was announced, I knew I would play it, since I typically play smaller games and on the Nintendo console.

In Jotun, you play as Thora and it is up to you to find why your character is stuck in what’s basically the Norse version of purgatory. As you progress through the five realms that Jotun has to offer, the game begins to give us little bits and pieces of the story. Games like Dark Souls make you read for you to find the story of the game, well Jotun is similar in the aspect that the game’s story is narrated in Norse dialect so if you are not paying attention while the narrator talks in the background you’ll be lost.

An area in which I find Jotun really shines is in its camera work.  In your journey, you will come across many creatures and big areas but throughout the entire game you feel small and the way that camera plays with that is amazing. There is a particular section of the game in which your character reaches the top of a mountain and the camera slowly pulls away and really showcases how small you are in comparison to the bigger picture. Every boss encountered is massive in scale compared to the main protagonist, similar in sense to the God of War titles.

Have you seen this:
Flexispot - Awesome Standing Desk

My first hour with the game, I must confess, was rough and it almost broke my experience with the game. I am someone that hates going online for walkthroughs, but with Jotun, I had to put away my pride and go online to see what I was supposed to do. The way the game works is, you navigate through five different realms and in each realm, you go through two different levels and in every level. Once all the runes are collectected for that specific realm, a door will open to the realm’s boss.  None of that is explained to you in the game, hell, even the world map doesn’t tell you where you are just where the runes can be found. I like games that don’t hold your hand, I’m a huge fan of the Souls series and games that challenge you, but Jotun throws you in a world and doesn’t give you any explanation at all. Once I got “good” at the game, it was as if Jotun had breathed a new life and it made me want to come back for more. Each level like a theme park has its own life, it’s own characteristics, one moment you are running from poisonous flowers and the next you are hiding behind a rock to save yourself from a snowstorm. Jotun’s level design truly shines making each level feel like a new experience something that I can’t really say for a lot of games. Jotun’s cartoonish visuals really gives life to every level making you feel as if you are playing inside a story book.

The gameplay is simple you have a light attack and a heavy attacks. Thora also has magic skills that are given to her by the gods in different realms. The magic skills that you find are easy to use and they never make you feel overpowered. The fact that these magic skills are not unlimited makes every encounter and every use of these skills precious since it can mean life or death for Thora. Jotun’s control scheme is simple, one button hits light attack while the other hits heavy attacks and each magic skill can be switched with the Switch’s bumper buttons. 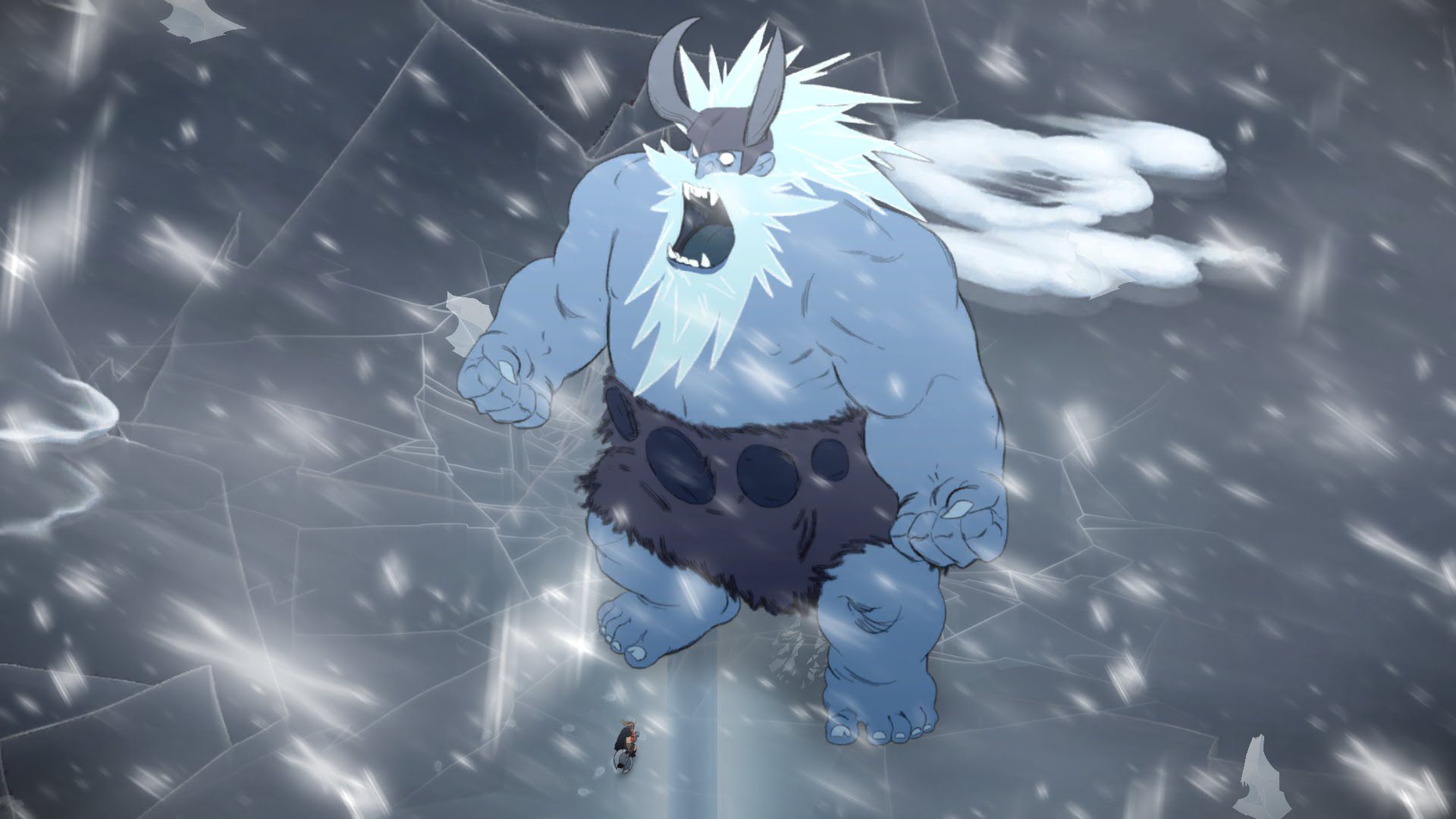