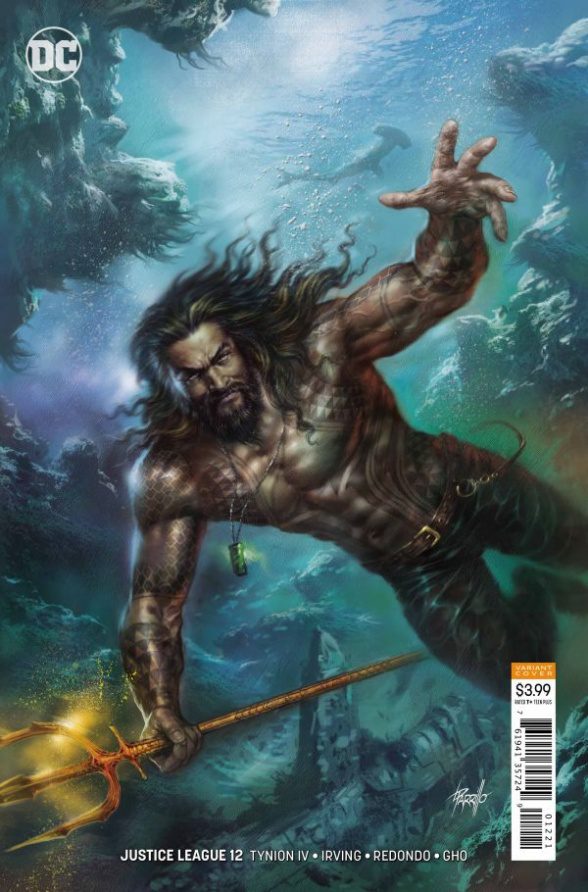 The Justice League continues to play defense and they are losing.

Drowned Earth continues and everything seems bleak for the League. Black Manta has Aquaman’s powers and is using them to trap Mera, Flash, and Superman. Unable to escape, Flash begins to finally feel the effects of the water on him as it slowly begins to take over along with Manta’s influence in his head. Batman is dealing with an invasion from the Legion of Doom as Luthor, Joker, and others invade the Hall of Justice to steam the Totality. Batman attempts to mount a defense using what he can find, but his prospects are limited with his current physical condition.

Aquaman and Wonder Woman confront Poseidon who has attempted to give Arthur back his powers. When the god of the sea finally reveals the truth behind the invasion, he gives Aquaman a means to possibly turn the tide in their favor. With the sea gods in retreat, Manta decides to go on the offensive by unleashing the most destructive force he can find on the planet. A force that could destroy everything and everyone in its wake.

Two different storylines converge in this issue and it is refreshing to remind the reader that there are still threats everywhere even when dealing with a big arc like Drowned Earth. I’m sure many readers thought they would get a rest from the plans of the Legion of Doom, but James Tynion IV reminds readers that the threat of the Totality continues and the Legion will use any opportunity to continue their plans despite the carnage around them. This was a thrilling issue with some genuine surprises and I can’t wait to see how it concludes.

The art is brilliant. Having the contrast in styles between Arthur’s narrative and the main plot enhanced the entire issue and added an additional emotional level to Aquaman’s story.