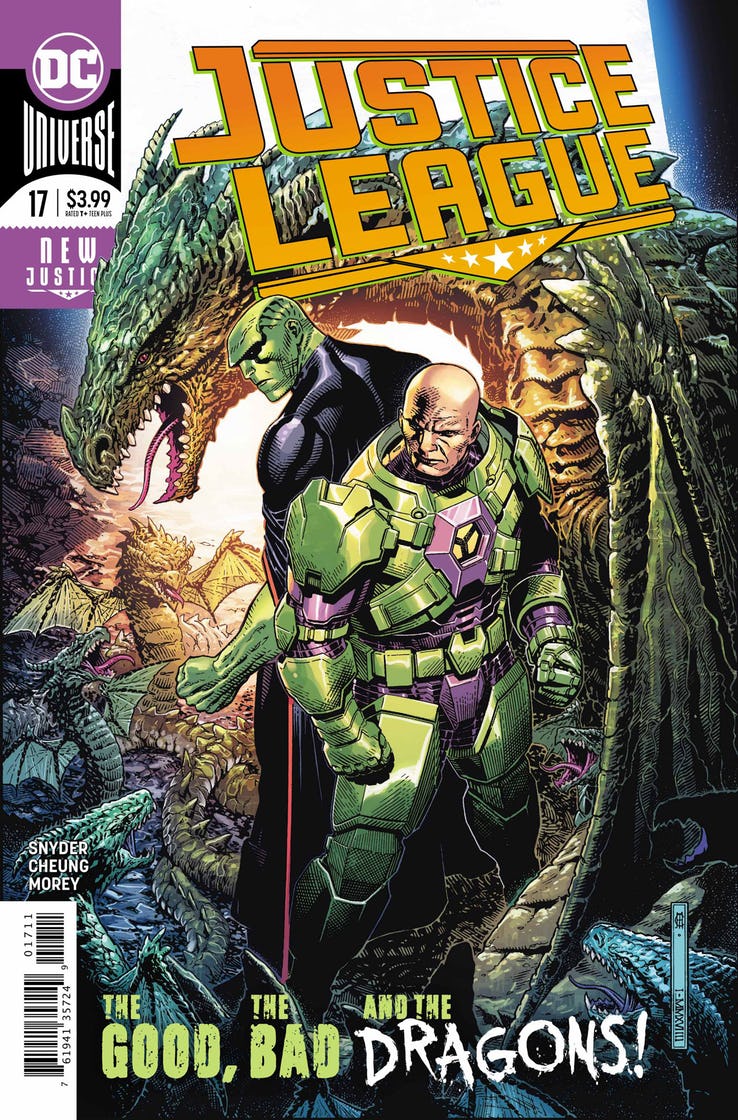 Martian Manhunter is on a mission. A mission that will take him back to his home planet of Mars and a very specific place from his childhood. A place where he will secretly meet with Lex Luthor.

Manhunter needs Lex to help him find a young boy who befriended the martian when he was kidnapped as a child. A boy with a connection to the events affecting both of them and the bigger conflict raging between the Justice League and the Legion of Doom.

As Lex and J’onn dodge attacks from creatures attuned to their emotions, Lex and the reader learn more about the circumstances that caused a young J’onn Jonzz to be on Earth as a child, the friendship and bond he made with an incredibly smart little boy and how that friendship might be the key to saving the Multiverse from the fury of Perpetua.

Snyder has written a surprisingly personal story in this issue. It was a gut punch of a reveal that is set up perfectly. There are seeds of the revelation throughout the issue, but the pace of the story allows those seeds to bloom organically. Nothing in the story feels forced and there are some genuine moments of emotion to be had as Lex discovers exactly why he was brought to Mars. This was an unlikely pairing and connecting these two characters the way Snyder has is a bold move and a risk that pays off in something really engaging. I can’t wait to see what the fallout of these revelations are for both J’onn and Lex.

Jim Cheung’s art is splendid. There are so many beautifully detailed panels in this issue and the action looks amazing.