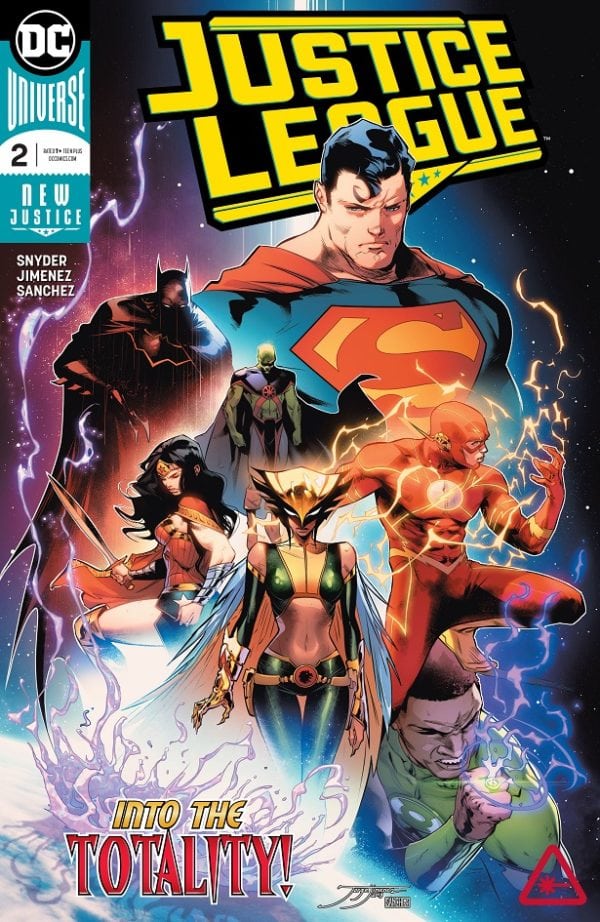 Lex Luthor turning back to his villainous roots is the event that kicks off this issue and the fact that he does so in a location that was significant to his early childhood is interesting, especially what he decides to do in that moment in his new mission of “truth”. It’s gratifying to see Lex being Lex again and that his true menace is mixed with a belief that he is doing what he thinks is right. It makes him more dangerous and unpredictable and that is exactly what both the character and the series needs from it villains.

On the flip side of the coin, Martian Manhunter is trying to enlist John Stewart to return to Earth to help the League with a new situation involving the Totality and what it has done to Killer Croc. The League enlists Swamp Thing and Batman to try and convince the Corp Leader to return to help, but that situation gets more complicated not only by John’s actual job but by an unexpected visitor sporting a classic look that makes him even more ominous.

The League decides the best thing that they can do is to send someone inside to find out what is going on before people start to ask questions. This leads to some pretty tense back and forth within the team, especially with Barry. He’s been feeling off lately and his desperation to find a solution puts him at odds with the team and when Kendra is chosen for a mission that Barry thinks he should be on, it adds more tension as well. All of this tension leads to two members of the League entering the anomaly along with backup and an unexpected stowaway with his own plans.

Snyder has done a great job of telling a big story through the seemingly narrow focus of two characters, Lex and J’onn. I also like that both teams are still dealing with personal and professional issues and the series is setting up some great mysteries, especially with Barry and the Speed Force as well as what Lex really knows and what’s he’s willing to reveal in his quest for truth. Also, the way the story stays new while reminding readers that it is a progression from Metal to No Justice to Justice League is great. It continues building on a world and characters that readers have embraced since Rebirth. Jimenez’ art is stellar and every panel is great to look at both in camera angle and details.