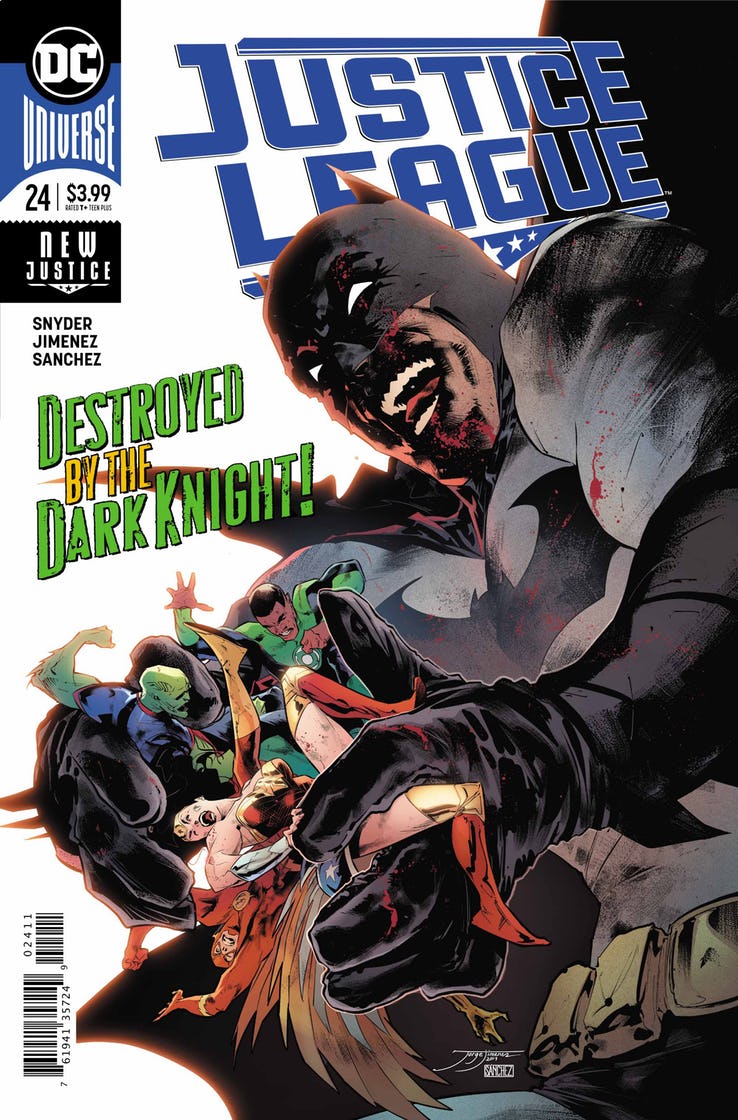 Superman continues to turn inward to the moments and memories that help keep him determined as he finds himself floating in the blackness of imagination. It’s a memory of a family that keeps him fighting even though the blackness continues to overwhelm him.

The rest of the League isn’t fairing any better as they find themselves on the run from Lois Lane and her forces. Sinestro, Grodd, Cheetah and Darkseid have a plan to get the League to safety, but Lois has a new trick up her sleeve. One that uses the technology that brought Clark to Earth in the first place. With Lois’ forces closing in on them, the Legion of Doom have a warning for the heroes about both what Lex Luthor will become and how Batman is the greatest threat they will face.

Have you seen this:
RADIANT BLACK # 7 (REVIEW)

As for Batman, the World Forger has convinced the Dark Knight that the only way to save the universe from Perpetua and the Legion is to rewrite existence with the template the Forger has created. In order to do that, Bruce will have to use a new suit he hasn’t invented yet to harness the power necessary. Unfortunately, the arrival of the League threatens that plan.

Scott Snyder is allowing this part of the story to play out in some interesting and unexpected ways. Both the plot and the characters are subverting the reader’s expectations at every turn and challenging them to look at these characters from a new perspective. It’s refreshing to see this kind of intensity and approach put forth in a story that is both huge in scale, but very character focused.

Jorge Jimenez astonishes with the art in this issue. All of the action is intense and beautifully drawn. Alejandro Sanchez puts the icing on the cake with the amazing, vibrant colors.