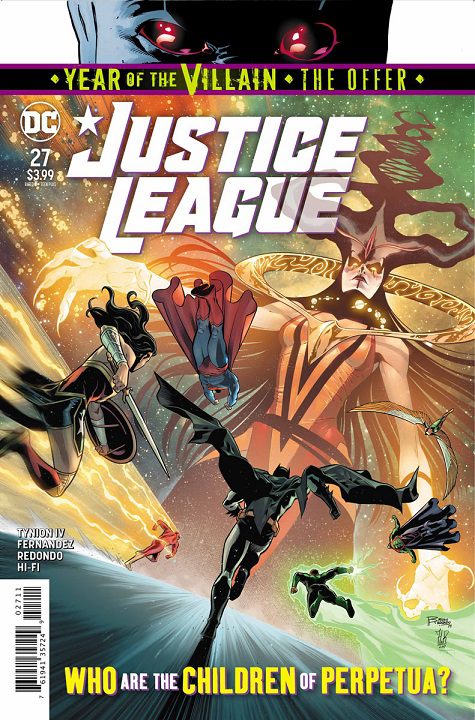 Martian Manhunter must break out of a prison of the mind if he is going to find a way to stop Lionel Luthor from continuing the experiments that took him from Mars as a child. Fighting both mentally and physically for control and his own sanity, J’onn discovers the real identity of his captor and how these new experiments are connected with the Legion of Doom and Perpetua.

At the same time, the rest of the League have taken the World Forger to find the first of his brothers, the Monitor. After finding and confronting him, Barry begins to remember a time before. A time when his sacrifice prevented a crisis. With two of the children of Perpetua reunited, they all know that their next step will be more dangerous; finding the Anti-Monitor.

James Tynion IV gives fans of this storyline some of what they’ve been waiting for in this issue. Through the plot and the dialogue, Tynion IV is able to connect this current storyline to both Crisis on Infinite Earths and The New 52 in a way that bridges the gap for the reader and allows for more story ideas to be introduced going forward. The interactions between J’onn and Kendra are great and the unresolved issue between them, Shayne, is handled in a sweet and interesting way.

The art by Fernandez and Redondo is great. There is a great contrast between the different styles, but everything remains harmonious as the story progresses. A great looking issue.