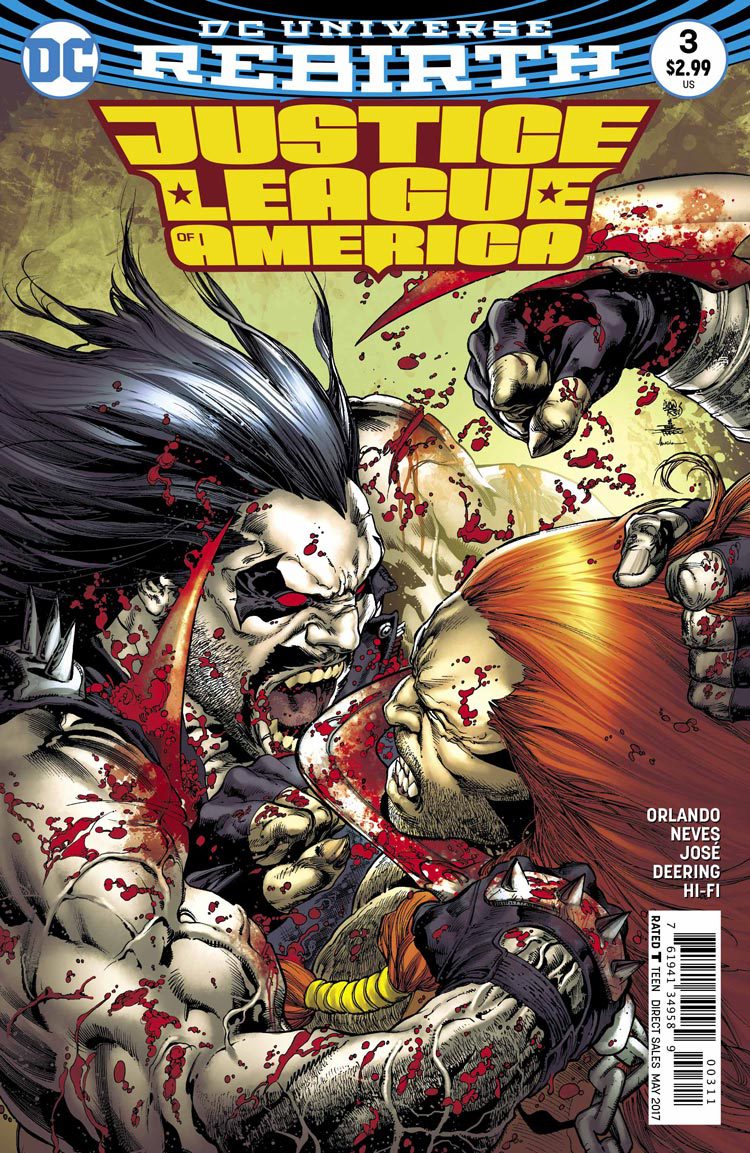 The Justice League of America gets a lesson in insurgency in this issue, as Havok’s influence continues to spread across Eastern Europe while Batman and the JLA have been sidelined by international law. Inside Kravia, a resistance is growing within occupied territory and they are rallying behind the idea of kicking Havok and his forces out of the capital city. The problem is that they are hopelessly outmatched until they receive a proposal from Black Canary. In a rare turn for a team of heroes used to acting without sanction, Batman and the Justice League of America decide to allow themselves to be led rather than take the lead. This act of relinquishing their power and authority allows the rebels to put a small amount of trust into the super powered beings.

On the ground in the country, the Extremists are lured into a series of confrontations that separate them from Havok himself. The fight between Tracer and Lobo looks to be epic. We also get more than one example of dissention in the ranks as Killer Frost 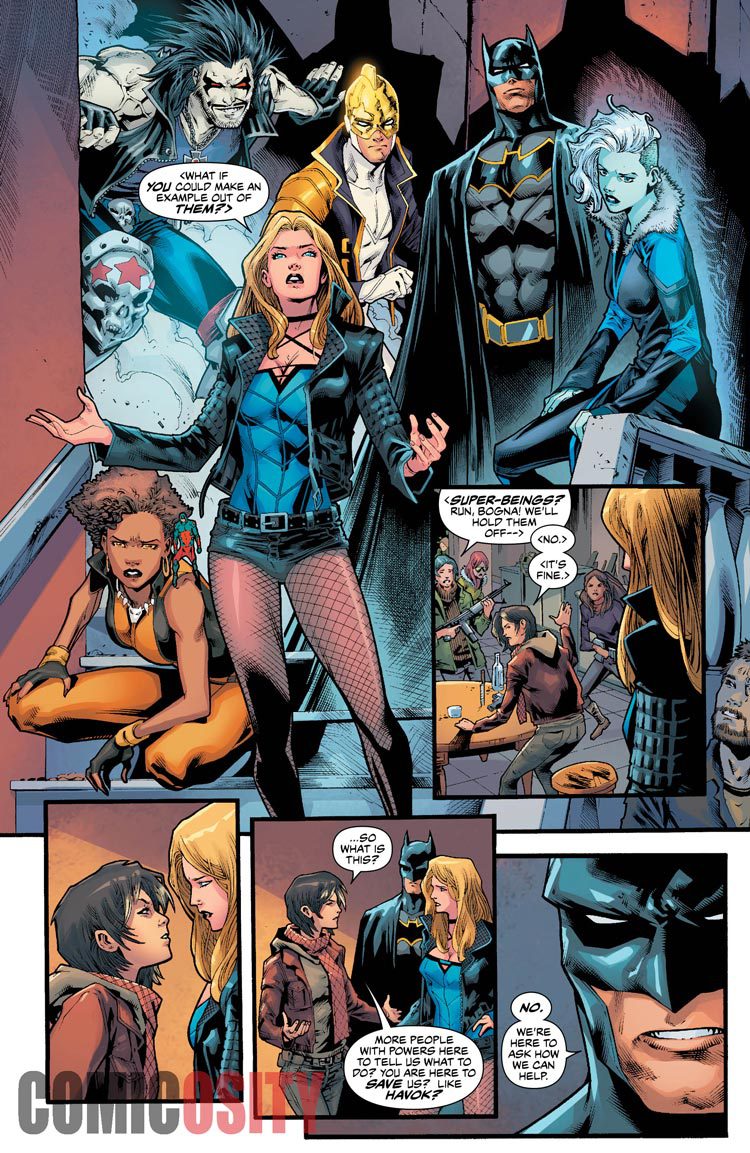 confronts Death Bat and Ray decides not to fight Dreamslayer. As the rebel forces take to the streets, taking back the capital block by block, Havok tells them that he has expanded his influence beyond their borders and he won’t stop until he has the entire world. A sentiment that is opposed by Batman, who stands ready to take on the despot in a final confrontation.

This issue gives a really interesting look into the team dynamic of the JLA. Anyone who thought this would just be another Batman-centric title would be wrong. It’s actually nice to see him step back and let the other members of the team, especially Vixen and Canary take the lead. Both female leads prove to be capable and Canary’s ability to listen does well in building a bridge between the JLA and the rebel forces.

Steve Orlando has captured something special in this issue. He’s taken a team of super powered beings and humbled them before the people they want to save. It’s interesting to see how that dynamic plays out after this storyline with the team that Batman is trying to create. Diogenes Neves’ artwork is really good. All of the characters look great on either side and the backgrounds give a pleasing sense of scope and scale to the environment.

This story is intriguing and it will be interesting to see how it plays out.