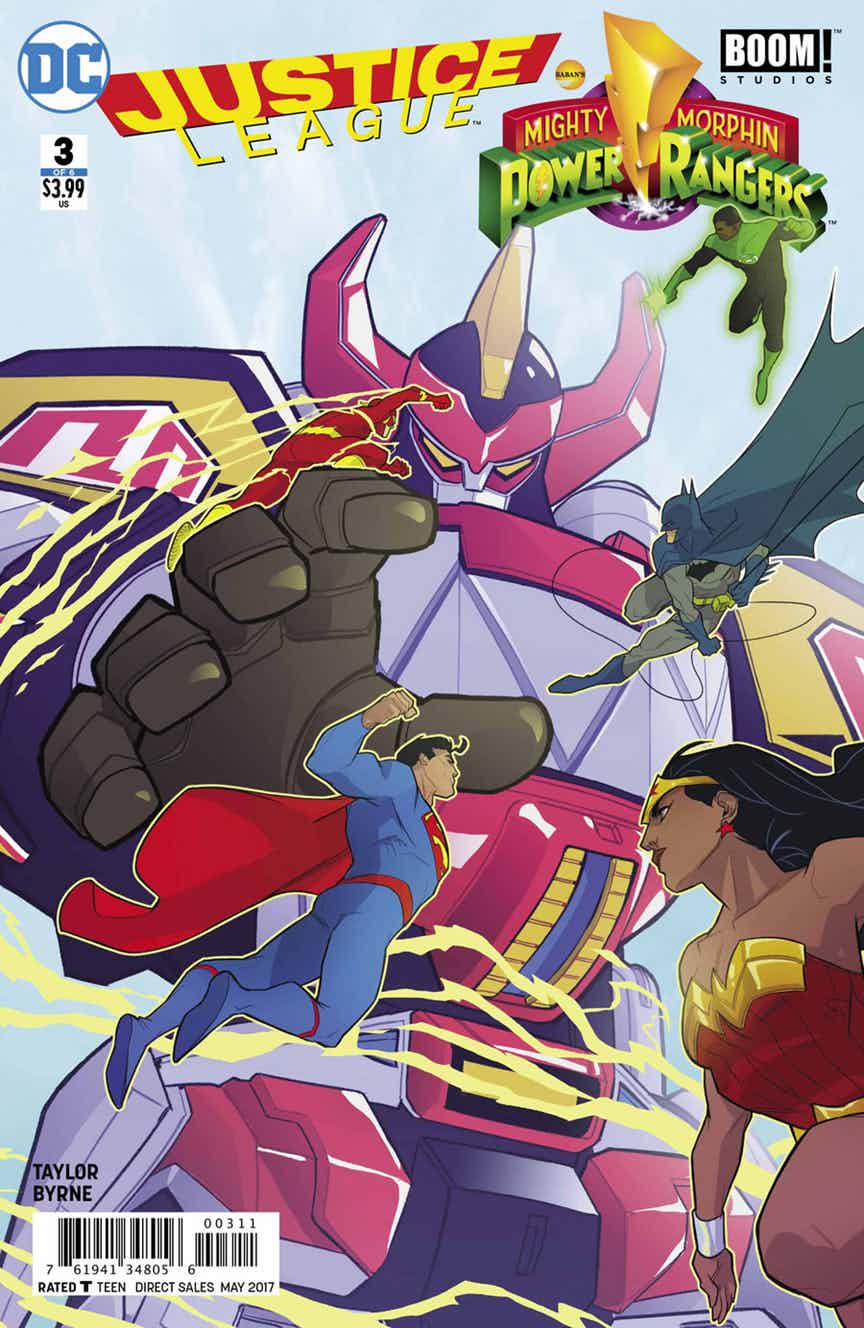 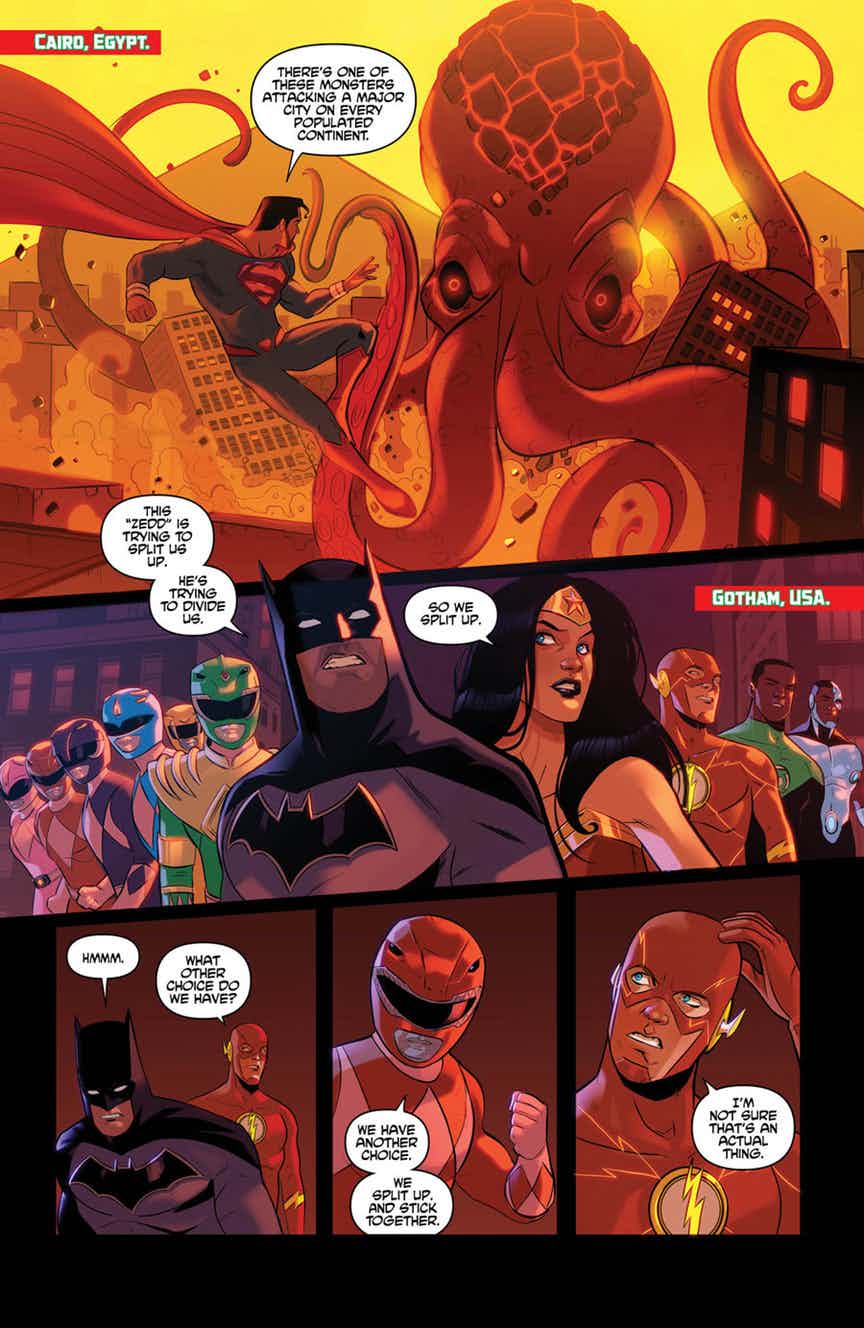 Personally, I’m not usually particularly fond of comic crossovers across different franchises. More often times than not, I have felt the level of quality in the crossover versus a regular run of whatever series suffers, becomes gimmicky, and misses it’s mark. However, that is absolutely not the case with this crossover. This crossover works and seeing my favorite Power Rangers meet Batman for the first time, an so much more, is pure gold.

Though the story does feel incredibly simple and familiar, it doesn’t lose it’s draw with moments like the Blue Ranger and the Flash talking strategy and the Black Ranger wondering why none of our Justice League heroes smile like heroes do on his Earth. These interactions are simple, yet add so much heart and value to the narration.

Justice League/Power Rangers is, for a lack of better way to say it, just a whole lot of fun and is a treat for fans of the original Power Rangers and fans of DC Comics alike. I am excited to see this story unfold and where it will take our teams going forward.